Features
Your local guide to the 2022 midterm elections
The Red Zone: Coverage of sexual assaults reported at IU
Everything to know about the IU graduate worker strike
news crime & courts indiana

Man arrested and charged in connection with 2017 Delphi murders

More than five years after the dead bodies of two teenage girls were found in Delphi, Indiana, the Delphi Double Homicide Task Force arrested and preliminarily charged a suspect with two counts of murder in connection with the high-profile case, according to an Indiana State Police press conference Monday.

13-year-old Abigail Williams and 14-year-old Liberty German went on a hike near the Monon High Bridge Trail in Delphi on Feb. 13, 2017, and never returned, according to state police. Their bodies were found the next day — Valentine’s Day — in a wooded area near where Libby’s dad dropped them off.

The case garnered international attention after authorities released mysterious evidence from German’s phone, including grainy photos of a man walking across the bridge toward the two girls and audio of a man’s voice saying, “down the hill.”

The task force arrested 50-year-old Richard M. Allen from Delphi on Oct. 28. Allen, who has lived in Delphi for at least 16 years and is a licensed pharmacy technician who worked at the local CVS. Property records show Allen lives with his wife just a half-mile from Williams and German’s middle school — and 2.5 miles from the Monon High Bridge Trail. Allen does not have a criminal record.

“There are many dates in a lifetime that you’re going to remember — dates that your children are born, the dates you’re married, the dates you buy a first house, the date Abby and Libby went missing,” Carroll County Prosecutor Nick McLeland said. “One of those dates was last Friday, October 28, 2022.”

The case documents and all evidence are sealed to give prosecutors the best chance to successfully argue the case, McLeland said. Authorities refused to answer many of the questions asked during the press conference, citing the need to preserve the ongoing investigation’s integrity. The tip email, abbyandlibbytip@cacoshrf.com, and tip hotline, (765) 822-3535, remain open.

“We now move forward through the Indiana criminal justice system, allowing the system to provide its due diligence and process in providing the justice which is owed to Abby and Libby, their families and this community,” Carroll County Sheriff Tobe Leazenby said.

According to a Journal & Courier article, an anonymous donor added $100,000 to the reward fund last year, meaning anyone who gives authorities a tip resulting in a break in the case will receive $325,000.

Douglas Carter, Indiana State Police superintendent, said Monday it had been 2,086 days since the murders. In that time, the task force has faced scrutiny for its inability to solve the case.

“I really believe Abby and Libby would be proud of you for standing strong, even in the face of immense pressure and perpetual criticism,” Carter said while thanking the task force. “Some of these individuals have postponed retirement, passed on promotional opportunity, have dedicated personal time away from their families, given up nights, weekends and holidays, all while in the pursuit of accountability for Abby and Libby.”

While this marks the first time a suspect has been arrested and charged in connection with the murders, there have been multiple moments where the police appeared to have a lead.

In December 2021, state police asked for help identifying the person behind a social media account with the username “anthony_shots”. The account, active in 2016 and 2017, was used to solicit sexual photos of underage girls, state police said.

The man behind the account, Kegan Anthony Kline, had been arrested on 30 charges, including child exploitation and possession of child pornography just 11 days after the girls’ bodies were found.

Kline told WTHR.com that police informed him the “anthony_shots” account was the last to communicate with German before her death. Kline has denied all involvement with the murders, and he has not been named as a person of interest in the case.

Carter said the arrest is a major step towards solving the case but reminded everyone there is much more work to be done.

“Pulling in today I wasn’t really sure what emotion I would experience, but peace came over me, and I didn’t expect that to happen,” Carter said. “I hope all of you with all of the different responsibilities you have from around the planet have felt some of that today. But remember, we’re not done.” 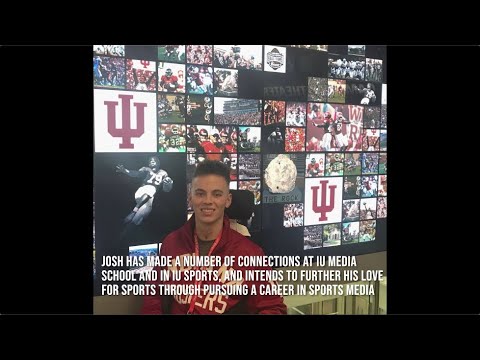