The NTT IndyCar Series kicks off at noon Sunday with the Firestone Grand Prix of St. Petersburg in Florida.

This week the Indiana Daily Student is previewing the teams and drivers competing for the Astor Cup and an IndyCar Championship.

For what’s essentially a new team with a new driver, don’t expect victories right away. However, continual improvement could see the team break into the top 20 or even the top 10 on a given weekend, and even appear more consistently in those rankings by the season’s end.

Meyer Shank Racing made the racing world learn its name last May when Helio Castroneves took the team’s No. 06 car to victory lane in a thrilling Indianapolis 500.

MSR, a longtime sports car stalwart, will move from one to two full-time IndyCar teams, with Helio Castroneves in his now-famous No. 06 and 2019 Indianapolis 500 winner Simon Pagenaud in the No. 60 car.

This team has a technical alliance with Andretti Autosport and should have the equipment to compete for multiple victories this season. With former Team Penske drivers in Castroneves and Pagenaud, the team also has veteran drivers behind the wheel that know how to win and do so consistently. If the team can minimize mistakes and put their cars in position to win, they could shock many in the paddock this season.

Bobby Rahal’s team gets a refresh this season, moving from two full-time entries to three, with two new drivers to boot.

Graham Rahal stayed with his father’s team, looking to put together a championship season that has eluded him so far in his IndyCar career.

Last year, Christian Lundgaard surprised the IndyCar paddock with a stellar qualifying performance and solid race in the second Indianapolis Grand Prix after only a practice session behind the wheel of an IndyCar. The two-time Formula Two race winner will look to mount a consistent season in the No. 30 car, replacing Takuma Sato. Don’t be surprised if he walks away with a race win this IndyCar season.

Last year’s part-time Rahal team is now full-time, and former Meyer Shank Racing driver Jack Harvey will learn if new equipment can take him to the next level. The British driver showed flashes of greatness at MSR, but never put together the right weekend for a race win. A change of scenery might be exactly what Harvey needs to take a race victory, though a championship campaign still seems far off.

RLL Racing is one of the more frustrating IndyCar teams, in that expectations always seem just out of reach for them. This year, with more data and teams than ever, the team could finally meet or exceed lofty championship expectations.

Rounding out the IndyCar teams is the most polished and most dominant team in IndyCar and Indianapolis 500 history: Team Penske.

It’s rare for Penske cars to not compete for a championship or a race win, and any Penske car not achieving even the final round of qualifying on a race weekend is notable.

Josef Newgarden, last year’s series runner-up and the 2017 and 2019 IndyCar champion, will look to add both a third series championship and a first Indianapolis 500 win to his resume this year.

His teammate, Scott McLaughlin, came over from the Australian SuperCar series last season, and is young enough — and fast enough — to challenge for victories this season with just a bit more consistency.

Will Power, 2014 IndyCar series champion and 2018 Indianapolis 500 winner, will try to prove doubters wrong with a strong 2022 campaign. He wasn’t much of a factor last season. He won the second Indianapolis Grand Prix — and should have won at least once more — but he fell out of the lead in one of the Detroit Grand Prix races following mechanical issues.

Team Penske can, and should, compete for the win every race weekend. If they aren’t a part of the equation, it’s something the team will look to correct quickly.

Look for weekly columns on the series in the Indiana Daily Student this spring. 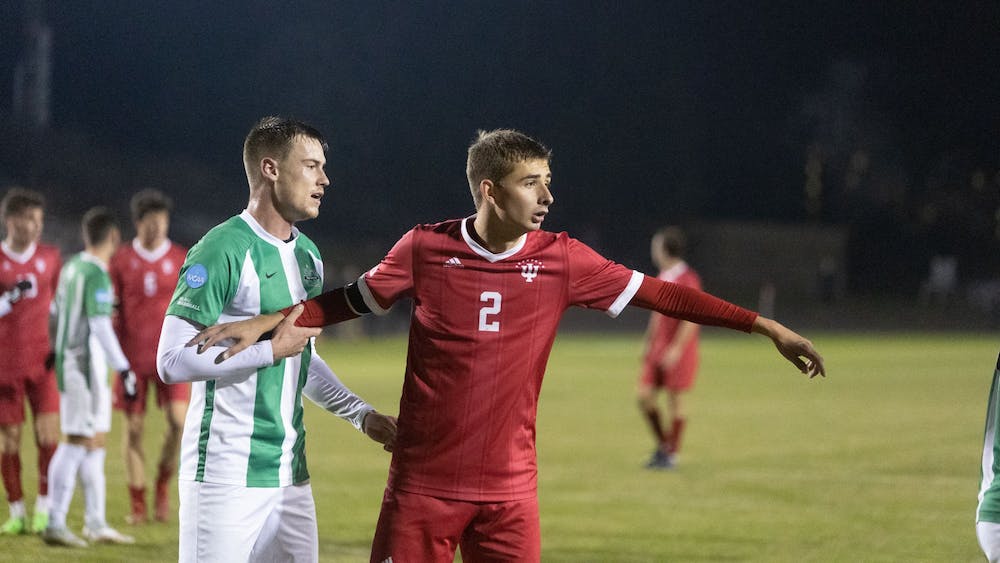