A Monroe County Community School Corporation Board of Trustees meeting was forced into a 15-minute recess Tuesday after an argument erupted about 50 minutes into the meeting.

Margaret Menge — a parent, conservative journalist, former IU Board of Trustees candidate and Bloomington resident — took her mask off as she was stepping up to the podum to comment, telling Board President Cathy Fuentes-Rohwer that she wasn’t going to wear the mask.

“I am going to take this off Cathy because I can’t breathe,” Menge said.

Menge told Fuentes-Rohwer she had “natural immunity” while repeatedly calling masks stupid. She attempted to continue, saying that there is no science behind the masks. According to the CDC, studies show the community masking effectively reduces the spread of COVID-19. Student resource officer Brian Mobley quickly approached Menge, pulling the microphone away from her and gesturing her to step away from the podium.

Menge refused to comply and declined to leave the meeting. Fuentes-Rohwer instructed Menge to leave if she wasn’t going to follow required mask protocol. Several other board members, including Jacinda Townsend Gides, then gestured for Menge to leave the conference room before Vice President Brandon Shurr requested an immediate, 15-minute recess.

After reconvening, Fuentes-Rohwer addressed the prior incident and emphasized that all speakers at the board meeting must comply with the county’s indoor mask mandate.

“We’re going to try this again,” she said. “We shouldn’t have to put adults into ‘timeout,’ so I’m hoping that we can follow the rules and wear the masks and speak in turn so we can have public comment.”

This wasn’t the first instance of a parent taking off their mask in the meeting. Local parent Scott Taylor began his comments that day by informing the board that he was going to remove his mask.

“I’m going to remove my mask if that’s OK, because according to Monroe County health order, anyone public speaking can maintain six feet from anybody speaking,” Taylor said.

Fuentes-Rohwer responded to Taylor by reaffirming that masks do in fact need to be worn in the meeting. Taylor complied, putting his mask back on before speaking. According to MCCSC policies, masks must be worn in board meetings and on school grounds, including classrooms, hallways and offices regardless of vaccination status.

MCCSC teachers, including those who spoke at the meeting Tuesday, are struggling to balance in-person and virtual instruction. Although many teachers are pleased to teach their students in person again, they are also finding it difficult to manage the extra hours necessary to prepare and handle both.

“Every single morning I would wake up knowing I couldn’t give any of the students the education they deserve,” Binford ESL teacher Jenny Noble-Kuchera said. 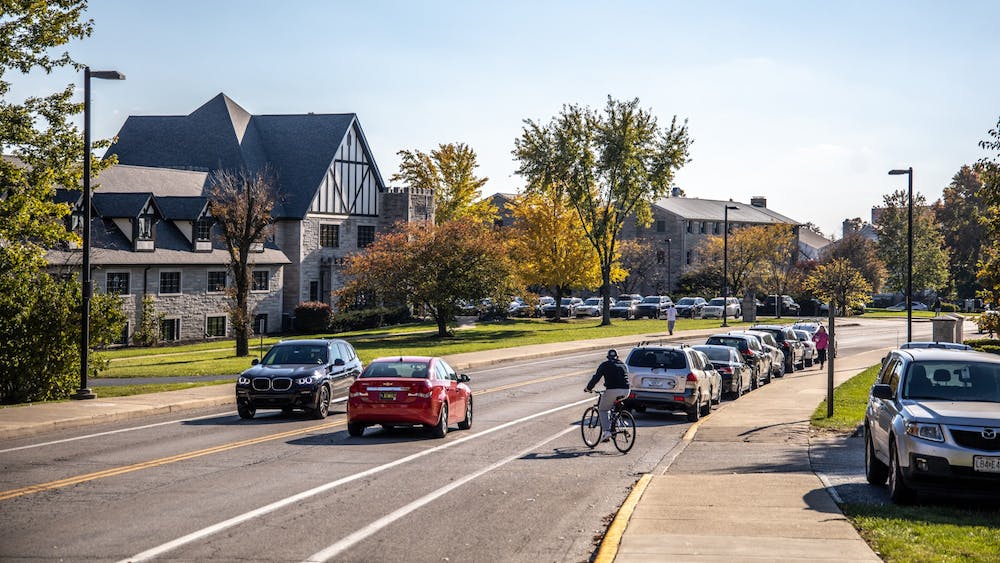