After going 3-0 in nonconference play, IU enters Big Ten Conference play with an opportunity for a special season in front of them. Since the Hoosiers currently reside in the East division of the conference, the annual gauntlet of Ohio State, Michigan, Michigan State and Penn State means IU’s schedule is always a tough one.

The Hoosiers opened this slate with a 35-21 home loss to then-No. 24 Michigan State.

If IU can earn wins in at least four Big Ten games, it will have laid the foundation for one of the more successful seasons in school history.

The Hawkeyes will come to Bloomington for the first time since 2015. This will also be the homecoming game, which the Hoosiers haven’t won since 2009.

Led by junior quarterback Nate Stanley, Iowa is coming off a season in which it went 8-5 and is hoping to challenge Wisconsin for the Big Ten West division title. Before traveling to Bloomington, Iowa will play Wisconsin, which could be a season-defining game for the Hawkeyes.

IU will come into this game after back-to-back road games at Rutgers and Ohio State, so the Hoosiers should relish the chance to get back in front of the home crowd.

Just a week after duking it out with Iowa, IU will welcome Penn State to Memorial Stadium. Trace McSorley and the Nittany Lions boast one of the most high-powered offenses in the country — scoring over 40 points per game this season.

But the Nittany Lions have tough games against Ohio State and Michigan State before making the trip to Bloomington.

Those games against two of the better defenses in the Big Ten could give IU a look at the offensive weapons that Penn State has. McSorley came into the season as a Heisman hopeful, and despite needing overtime to get past Appalachian State at the beginning of the season, it appears head coach James Franklin has got his team back on the right path.

For IU, this game comes in the middle of a crucial three-week stretch in the middle of the season. There’s a chance Penn State could be a top-10 team by Oct. 20, and the opportunity for a win should not be taken lightly. IU has played Penn State tough each of the last four times the game has been in Bloomington, and that bodes well for the Hoosiers.

Six days after Penn State, IU travels to Minneapolis to play on a Friday night. IU hasn’t played the Gophers since 2013, and the Hoosiers haven’t traveled to Minneapolis since 2008. A strange kickoff time and an unfamiliar opponent could add up to an interesting game, so the Hoosiers will need to stay disciplined if they want to head back to Bloomington with another win.

Minnesota, in its second year under coach PJ Fleck, is looking to improve on last season’s 5-7 mark that saw them drop close games to Michigan State and Iowa. The Gophers also failed to score in their last two games against Northwestern and Wisconsin, so Minnesota will have plenty to prove as it enters the conference slate at 3-0 for the third-straight season.

This one’s pretty obvious. Purdue won back the Old Oaken Bucket last season after four years of losing to IU, and following Purdue's 1-3 start this season, it looks like the famous bucket could come back to Bloomington this year. After two poor weeks, Purdue appeared to find its offense in a 40-37 loss at home to Missouri, but the Boilermaker defense has shown itself to be a real weakness of the team. After a tough nonconference schedule that included the Missouri loss, but also a home win against a ranked Boston College team, Purdue’s conference schedule won’t get any easier, as a trip to East Lansing and home games against Ohio State and Wisconsin are on the horizon.

Going into this game, IU could be on the cusp of a great season, or fighting for bowl eligibility. Either way, the significance of the Old Oaken Bucket game is clear. If IU can knock off Purdue for the fifth time in six years, it will likely mean that the Hoosiers are headed to a bowl game, possibly even with eight or nine wins. IU’s had a successful nonconference season, but the Big Ten will determine how good this year's team really is. 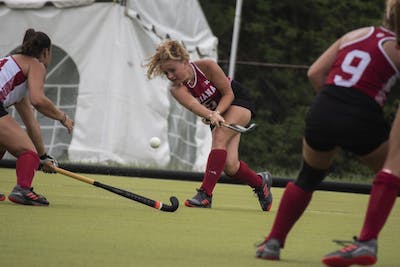