While students struggled through dead week last month, a delegation from IU was half way around the world making stops in China and South Korea.

IU President Michael McRobbie, the leader of the trip, sought to strengthen ties with alumni in East Asia and create connections with various schools in order to improve options for current IU students, according to a press release from the president’s office.

“The success of our alumni in both of these dynamic countries is a testimony to the power of an Indiana University education around the world and is a promise of the future for prospective students,” McRobbie said in the release.

McRobbie oversaw the signing of an agreement for joint research between China’s Tsinghua University and IU-Purdue University Indianapolis’ School of Engineering and Technology and met with officials from the Korea Foundation, which contributed to the creation of IU’s Institute for Korean Studies last year.

Among other activities the delegation met with the Korea Chapter of the IU Alumni Association, which is one of the most-active internationally of IU’s alumni groups, on its 30th anniversary this year.

“Each of our trips, and this was no exception, has served to initiate new and important relationships aimed at providing IU students with added opportunities to study abroad, as well as new research collaborations for our faculty, in one of the most economically, politically and culturally dynamic regions of the world,” McRobbie said.

IU Goes to Korea and China detailed the delegation’s travels and stops along the trip. Along with meeting with officials from educational institutions, McRobbie also met with diplomats and government officials in both China and South  Korea.

This included a meeting with U.S. ambassador to China and former senator Max Baucus. McRobbie and the ambassador discussed study abroad programs in China and maintaining IU’s presence in East Asia through its Global Gateway Network in Beijing, according to the release.

“We are making outstanding progress toward our goal of encouraging more students to study overseas in strategically important countries and achieving greater diversity on our campuses,” McRobbie said in the release.

As of 2015, more than one-tenth of students at the Bloomington campus international students from all over the world. Many of these students hail from South Korea and China, where some of the school’s largest alumni networks  exist.

The Office of Overseas Studies at IU ranks China in the top five countries students study abroad every year. National averages reported by the office indicate that this is a national standard, with only the United Kingdom, Spain and Italy ranking above China in IU students abroad in 2014.

McRobbie also met with Chinese Minister of Housing and Urban-Rural Development Chen Zhenggao on Dec. 8. This was a part of IU’s international engagement mission, which was highlighted before the delegation left as a main motivation for the trip.

This is McRobbie’s eighth official trip to China and sixth to South Korea during the 10 years he has been IU president.

“The warm welcome we receive from our alumni and our academic partners speaks to how highly they regard Indiana University,” McRobbie said.

Drama, drama and more drama on week three of "The Bachelor." 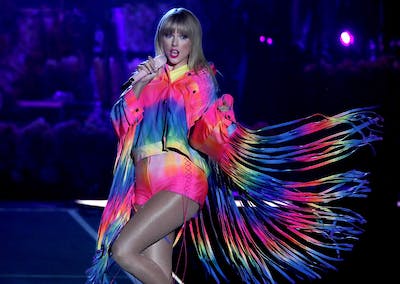 OPINION: Fight the power with music