A hot summer Friday. The day a historic protest organized by students occurred in Bloomington.

In the week leading up to the protest, the student organizers did not think there was going to be a large crowd. It was the middle of summer in a college town — a summer that started early for many due to campus shutting down as a result of the COVID-19 pandemic.

But approximately 5,000 people attended the protest.

Master’s student Selena Drake, senior Salina Tesfagiorgis and junior Ky Freeman are the main student organizers behind the Enough is Enough protest — a woman of Black, white and Mexican descent, an Eritrean woman and a Black queer man.

“There is so much mind, body, heart and soul that we poured into this,” Freeman said.

Despite the endless hours put into organizing and planning a protest of this caliber, the student organizers believe they are not being credited properly for their work. This is specifically seen in the media coverage of the event. Leaders of intersectional identifies are often ignored within movements — the Enough is Enough protest serves as an example.

“Having us as the image would be threatening,” Tesfagiorgis said.

The organizers said they do not care about having their faces associated with the protest, but other organizations using the protest without crediting their work is unjust.

The College of Arts and Sciences released a news piece explaining their role in addressing anti-Black racism. The first paragraph read:

“On June 5, the Bloomington Enough is Enough March, which began in Dunn Meadow and ended on the grounds of the Monroe County Courthouse, brought the Indiana University campus and community into step with nationwide protests catalyzed by the deaths of George Floyd and many others across the country.”

The organizers were not mentioned once in the article.

“To me, that’s a part of racism. Not being included,” Freeman said. “It is never their intention but it’s always their impact.”

The article mentions listening to Black students, but the organizers were not credited for their work. Mentioning that the protests brought together the IU campus and community could allude to a false idea IU played a role in its planning and execution.

“My main thing during this is speaking with us and not for us,” Drake said

“If faculty are using or reutilizing things of students, we must give them their credit,” she said. “There is an intersection of so much that is effecting our community, that needs to be highlighted.”

Social movements diminishing intersectional leaders is not a new phenomenon. There is an evident erasure of history. Movements should not have token figures who represent what society believes the leader of a movement should be. There must be accurate representation in who the leaders are.

Bayard Rustin was a leading activist in the civil rights movement. He helped organize the Freedom Rides in 1961 and worked closely with Martin Luther King Jr. to organize the Southern Christian Leadership Conference. Rustin was a chief organizer for the March on Washington for Jobs and Freedom in 1963.

He was also a gay, Black man. History books often do not include Rustin.

Most people are taught about Rosa Parks in school, and her refusal to give up her seat on a bus in 1955. But many do not know Parks was not the first to do this.

When Claudette Colvin was just 15 years old, she was arrested for refusing to give up her seat to a white person on a bus. As a young girl, she challenged the law. Parks was a lifelong activist and member of the NAACP, and she fit the narrative to naturally be the leader of a movement such as the Montgomery Bus Boycott.

While Parks undoubtedly is a leader worth recognition, it is important to note that Colvin, a more unconventional idea of a leader, refused to move seats first.

The work of these students did not stop with the protest. Freeman helped implement an IU Police Department advisory board. Tesfagiorgis is the president of IU African Student Association and a member of the advisory board to Dean Lee Feinstein, the founding Dean of the Hamilton Lugar School of Global and International Studies. Drake is a graduate supervisor for Resident Program Services and a state delegate for the District 9 Democratic Party. She is also a mother.

They believe the university should not only make sure they credit the work of students of color, but also properly fund diversity programs. The organizers also emphasized the importance of going out to the polls and voting.

The College of Arts and Sciences responded to the organizers' concerns.

“We deeply regret and apologize for not including the names of those individuals in the article. We acknowledge this mistake and we will amend the article to include the names of the organizers who were originally left out,” said Deborah Galyan, spokesperson on behalf of the College of Arts and Sciences.

Intersectional movements must be properly recognized. All identities deserve credit for their work. 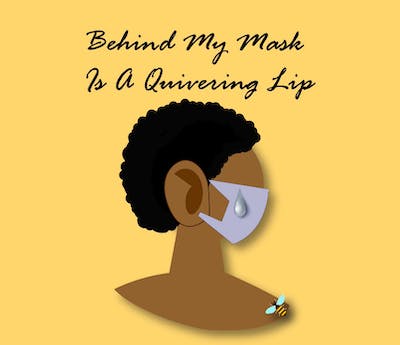 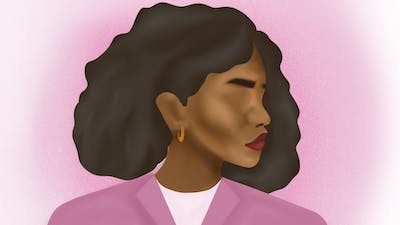 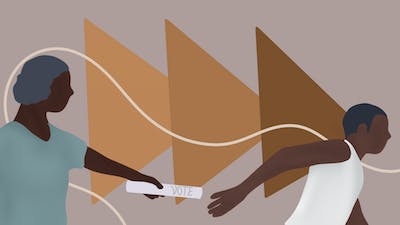