This is the second in a weekly five-part series profiling each of the seven areas proposed for annexation of the city of Bloomington. This week covers area two, the south east area.

In more than three weeks since annexation was proposed, Bloomington’s possible future residents still have a difficult time deciding how they feel about being in official city limits.

Mayor John Hamilton proposed the addition of seven areas, totaling 10,000 acres and 15,000 people, in and around the city of Bloomington last month, These seven areas, which are currently unincorporated, would be official parts of the city. City services do not currently extend to these areas, though Bloomington is the closest municipality to the people in the proposed annexation areas.

Hamilton said at his public proposal Feb. 3 the annexation “will allow all those households and businesses in the community to be a part of the same future of Bloomington.”

The south east area will bring 3,382 new residents and 23 miles of county roads to the city.

Matt Nussbaum, a resident of the area around Fox Chase Run, said residents in his neighborhood have been emailing back and forth as to what they think about annexation. Many, including him, have not made a strong opinion about the proposal because there is not enough information available in the 321 page financial implication report, he said.

Fellow Fox Chase Run area resident Judy Wiser also criticized the report as being too much for people to sift through in order to find what the effects of annexation will be. Accessibility of clear information is the biggest hangup in each of them forming a full opinion on whether or not they are in favor of annexation.

In partnership with Reedy Financial Group, a company that does government finance research assistance, the city published a 321-page financial projection report, breaking down how much each of the areas will cost and will bring in through taxes and spelling out circuit breaker overlaps and sewer line remonstrances. However, the precise effects of taxes on individuals and the Monroe County budget have been unclear or corrected at previous city council meetings. At a city council meeting Feb. 15, various council members admitted to not reading it.

“It’s like when you check the ‘yes’ box when you download something,” Wiser said. Both Wiser and Nussbaum said they had not read the report either.

Wiser and her husband Jeff said they are looking forward to the potential benefits, such as sidewalks, possible city-wide broadband, maintenance to Rhoher Road and city transit.

“I have no problem paying for the services I receive,” she said. “I just want to know how much it will really cost.”

Wiser’s biggest criticism, which many county officials have also made in the previous weeks, is the project is rolling out too quickly and is being pushed to get done much earlier than the implementation date. Hamilton proposed the annexations be approved by the city council June 28, though the areas would not officially become a part of the city until Jan. 1, 2020. This is due to townships in annexation areas being a part of agreements with fire departments that will not end until that time.

“How you roll it out is the way it will be perceived,” she said.

If you are not sure whether or not you live in the proposed annexation areas, go to bloomington.in.gov to search by name, address or parcel number.

July 7 Notice of adoption of annexation to be publicized and mailed to landowners outlining the remonstrance process. Landowners in the annexation areas will have 90 days from this day to file a petition against the annexation. 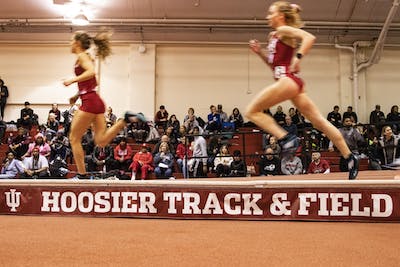 IU is preparing for the Big Ten Indoor Championships next weekend. 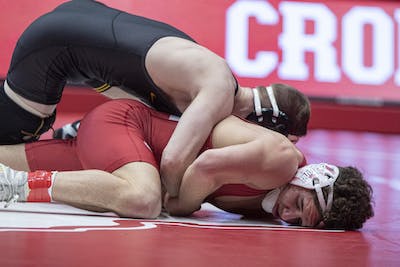 The Hoosiers finished the season with two team wins.

President of Purdue Mitch Daniels has introduced many money-saving techniques to the university.