A 19-year-old female IU student reported she was raped Sunday morning at about midnight, according to an IU Notify alert sent via email and text.

The crime occurred near Bryan Avenue after the student left a house party and was walking alone. The victim reported she was approached by three men she didn't know and then raped in the street, IU Police Department Capt. Andy Stephenson said.

Two of the suspects held down the victim while the third raped her, according to a press release from IUPD.

Stephenson said he did not know if the three men are students.

Officers have not yet found any of the suspects, Stephenson said. The victim was taken to IU Health Bloomington Hospital with minor injuries, according to the press release.

The rape was not reported until more than two hours after the rape occurred, Stephenson said. A crime alert was sent to students as soon as it was reported.

“It’s not an immediate threat anymore, but we want people who are still out tonight to be aware of what happened,” Stephenson said.

Woman reports she was raped Friday after Little 500 concert

A woman reported being raped by two men while walking home from Friday’s Little 500 concert in Memorial Stadium.

The woman, 20, reported to Bloomington Police Department officers the sexual assaults occurred sometime after 11 p.m. Friday near the intersection of 14th and Dunn streets.

The woman said she had been at the Little 500 Flosstradamus concert in Memorial Stadium with friends. When the concert ended, she became separated from her friends, and her phone was dying, so she decided to walk home alone, according to the report.

She began walking toward her home in the 800 block of North College Avenue when two men approached her near the intersection of 14th and Dunn, according to the report.

She described the two men as white, of average build and in their early 20s. She described one of the men as blond and wearing a navy Pacers jersey and possibly jeans and the second man as having brown hair and wearing a red shirt and jeans.

The woman asked the men if she could borrow one of their phones to call for an Uber to take her home. The men brought her to their nearby apartmtent to borrow a phone.

According to the report, both men sexually assaulted the woman inside the apartment. They both wore condoms, BPD Sgt. Pam Gladish said.

When the second man was done, the alleged rapists let her go, and the woman adjusted her clothing and left, Gladish said.

The woman walked home and called the police shortly after midnight in the early hours of Saturday, April 16. She did not go to the hospital for a sexual assault trauma kit, Gladish said. This is likely because the two men had used condoms, Gladish said.

The woman made the distinction in the report that she was not taken to Brownstone Apartments but said she could not remember where the men took her, Gladish said.

This is an active case and BPD has no suspects. 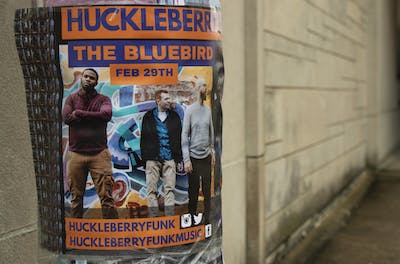 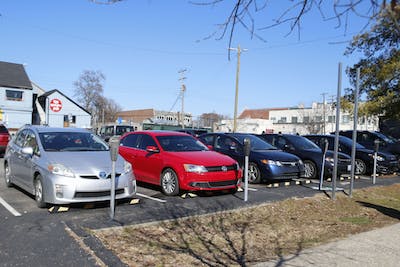