So you know about Assembly Hall and the five championship banners and Tom Crean. By now, you get it: the men’s basketball team is sort of a big deal here.
But IU competes in more than one NCAA sport. In fact, IU has 24 NCAA Division I teams. And, with the exception of football and men’s basketball, all of the home games are free with your student ID.
But with all those teams, how do you decide how to spend your time? Here’s a look at some of the other teams you might want to check out this year in action in
Bloomington.

Water Polo
You watched it on the Olympics last summer, now you can see it in person. The IU water polo team is coming off of one of its best seasons, as it won the Collegiate Water Polo Association’s Western Division Championship for the first time in school history. The team advanced to the CWPA Eastern Championships, finishing third.

Women’s Basketball
For the fifth straight year, a Hulls will be firing 3-pointers at Assembly Hall. Jordan Hulls’ younger sister, Kaila, plays for the women’s basketball team, and IU Coach Curt Miller says she’s a better shooter than her brother. Under Miller, who came to IU last year with the 16th best winning percentage in the country, the team upset a ranked Purdue team for the first time since 2009.

Football
It’s true the football team doesn’t have the history that the men’s basketball team has. But it did just pull in its best recruiting class in its history. The team is also returning almost every player from both sides of the ball from last season’s team, as it was one of the youngest in the country.

Swimming and Diving
IU has one of the best swimming and diving programs in the nation. The men’s team finished ninth at the NCAA Championships, and the women finished 11th last year. The men’s team had the Big Ten Diver of the Year, and the women had the Big Ten Swimmer of the Year. Drew Johansen, the new diving coach, coached the U.S. Diving Team at the 2012 Summer Olympics.

Sports fan?
The IDS sports staff keeps a blog with all things sports Check it out at
idsnews.com/blogs/hoosierhype/ 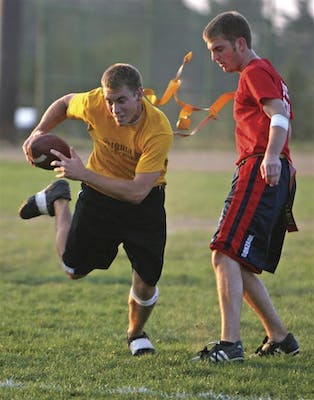 Campus Recreational Sports provides a unique opportunity for students to maintain or start their fitness routines while in school. 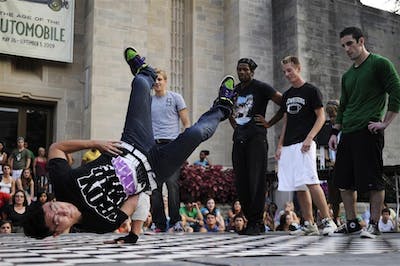 These activities might seem like “forced fun,” but Welcome Week is a great opportunity to learn your way around campus and experience all IU has to offer.

A major all your own