Quarantined with dozens of sorority members, here’s what life was like for IU’s live-in house directors

The front windows of the Kappa Alpha Theta sorority house look over cars on Woodlawn Avenue and 10th Street, students still walking across campus to in-person classes and the expanse of the arboretum.

Yet even with daily routines that seem so normal just steps away from their home, members of the sorority spent two weeks confined inside. If they left for so much as a walk on campus, they faced repercussions from IU and Monroe County.

All the while, IU greek houses amassed more than 800 COVID-19 cases and Monroe County more than 3,000. Indiana reached more than 3,600 deaths. On Friday, Indiana reported a single-day record with more than 2,000 new cases.

Most sorority members, it seemed, expressed stress and anxiety over the quarantines. Dozens left before the quarantine began to avoid being trapped. In some houses, contracting the virus was the only way to leave.

Their house directors, meanwhile, lived alongside the residents who stayed. Over the course of September, 33 greek houses at IU were quarantined simultaneously. Some had more than 40 total cases or weekly COVID-19 positivity rates above 80%.

Greek house directors live in the homes with their residents full time. They serve as supervisors and work to organize essential day-to-day functions of the homes.

The Monroe County Health Department set regulations for the houses to not surpass 75% occupancy. But it took many houses more than a month after the policy’s institution to get below that limit. Dr. Aaron Carroll, IU’s director of mitigation testing, has said communal living is not conducive to a pandemic. And despite recommendations from IU leadership to close, almost all greek houses remain open and most of have been taken off quarantine.

Some house directors said they were not scared of the pandemic, though most are over 60 years old and in at-risk demographics. But they feel they did everything in their ability to make the houses safe. They felt targeted by IU’s increased testing focused on greek life.

The house directors voiced concerns over the way quarantines were handled by IU and Monroe County. Similar to louder student complaints, some directors believed the quarantine rules were too strict.

Most directors were in greek houses during their college days, and their fondest memories centered around the social aspects of house life. They didn’t want their residents to lose the opportunity to be together. Living together in a pandemic was a risk they were willing to take.

Jeanie VanMeter, Kappa Alpha Theta’s house director and president of all the house directors, didn’t understand why the silence had to be so overwhelming. She was a Theta sister herself, and she never knew the house to be without women chatting in the hallways, gathering for meals, studying in groups for exams and going out to parties. When she walked through the halls of the old sorority house during quarantine, the quiet was eerie.

She, like the other directors, was more focused on the safety of the women in the house above her own, despite being in an at-risk demographic. VanMeter, 72, was never worried about getting sick. She said she believes people are “on this planet to heal each other.”

The entire top floor of the house, which is closed off from the rest, was used for isolation rooms. VanMeter didn’t think the whole building needed to be quarantined, and if the Monroe County Health Department had ever inspected it, she thought they would agree.

When the residents moved back in, they were all organized into small pods of women who they could hang out with. That was meant for contact tracing. But VanMeter thought those pods would be quarantined together — not the entire building.

“I didn't expect the house by any stretch of the imagination to be locked down,” VanMeter said.

She also didn’t think the house would enter quarantine as quickly as it did, beginning Sept. 2. Kappa Alpha Theta brought IU’s quarantine total to 30 houses — a story that quickly became national news.

VanMeter said she was never worried about the house closing due to the pandemic. Kappa Alpha Theta reported 13 cases — albeit one of the lower totals among greek houses — and VanMeter said only one resident had severe symptoms.

The house only had 11 residents during quarantine, VanMeter said. Some residents moved back in when quarantine ended Sept. 23, bringing the number up to 47.

Monroe County rarely answered VanMeter’s questions about what they could and couldn’t do in quarantine. To her, being unable to get more information exacerbated the already anxious house.

She said there were also inconsistencies on the enforcement of quarantine lengths. Kappa Alpha Theta’s quarantine extended longer than expected, VanMeter said, with no reason from the county.

“Some of our girls felt like the way things were being handled, the only way to be able to go to class was to get COVID,” VanMeter said. “Get COVID, get over it and be safe to go to class.”

VanMeter said she knew of one sorority where members shared a Juul trying to get the coronavirus as a means to leave the house.

VanMeter said residents are stressed over the potential of a second quarantine. Because of that, members continue to move out of the house. Moving out comes with either breakage fees or the expectation to pay the same dues despite leaving.

But for many, VanMeter said, those costs are worth it — they don’t want to be trapped again.

“The thought of not being able to finish their schoolwork in class is very stressful and causes anxiety,” VanMeter said. “Maybe going through another quarantine is more stressful than getting COVID.”

Isabel Perry, in her second year as the Kappa Kappa Gamma house director, said she felt like she was in a cage.

From Aug. 28 to Sept. 17, the Kappa Kappa Gamma house was in quarantine, and despite high case numbers, Perry felt the house was as safe as it could’ve been. Though she felt trapped, she wasn’t afraid.

“I followed all protocols, recommendations made by Dr. Fauci and the medical community,” Perry said. “We had some of the tightest requirements — housekeepers seven days a week, 6:30 a.m. to 5:30 p.m., cleaning all high touch points three times a day.”

But Kappa Kappa Gamma had among the highest total positive COVID-19 cases in any IU greek home, totaling more than 35 since Aug. 19.

Plexiglass panels hung between each bathroom sink and residents received prepackaged meals like other houses. Perry put posters up telling the members they needed to follow the house’s COVID-19 policies to keep campus open. She believes in using consequences to motivate the residents, and in this case, the consequence would be the closure of campus.

“Regardless of our numbers, we’re not lowering the bar,” Perry said.

Perry said she doesn’t have long interactions with the women since her role has always been largely as property manager. Through quarantine, she stayed in her room most days with her 12-year-old Yorkie, Gizzy.

Members enjoyed Gizzy’s company. The women did workouts on the front porch in the mornings to spend time outside. Perry said despite the barriers of quarantine, she believes the situation led to stronger bonds between residents.

Perry said during that time, she missed some of the noise at night when residents would get back late from a party. She missed human interaction.

But like other house directors, Perry worries about the psychological effects of the house’s quarantine. Residents are stressed over an uncertain future. They don’t know if or when they’ll be moved out of the house while still having to pay dues — and trying to complete online school.

Nancy Russell, Alpha Omicron Pi’s house director of 12 years, wore her mask consistently and socially distanced from her members, but the 69-year-old was still concerned about getting sick. Her members were worried about her health, too.

She still felt she was suffering repercussions for their actions.

Russell spent her summer in Bloomington. She attended virtual webinars with information about safety procedures for the home. VanMeter said Russell’s safety protocols in Alpha Omicron Pi were stricter than what she had at Kappa Alpha Theta.

“It was no small feat to get them all in staggered and safe,” Russell said. “Then we had Welcome Week.”

During the week before classes began, Russell said, some members went to events with fewer than 15 people, but they didn’t wear masks.

They brought COVID-19 to the house.

From Sept. 3 to Sept. 17 Alpha Omicron Pi was under quarantine. Compared to other greek houses, its cases were relatively low. IU reported 10 cases in the house since Aug. 19. Through the first week of classes, the house’s mitigation testing positivity rate was just more than 5%. The week after, just more than 1%.

Alpha Omicron Pi had 88 women move into the house over the course of August. They were staggered, with only two residents moving in at a time. Each had 90 minutes to set up their rooms before leaving, so the next group could move in. Once everyone had moved in, all the women could return to the house.

Russell said she worked to create directional walkways in the house to allow for distancing among the residents as they moved around the house. It was one of many safety precautions, which also included limited group gathering, less furniture in the house and prepackaged meals.

The Monroe County Health Department ultimately is in charge of telling the houses to quarantine. Quarantines last 14 days but reset with every new positive test. As of Oct 15., only one house remains in quarantine — Phi Kappa Psi.

During quarantine, the Alpha Omicron Pi house had 22 residents. Since the quarantine ended — as in many greek houses — dozens have moved back. There are now 60 members in the house.

This fall, Russell’s role in the house was largely unchanged. She still organized meals in the house, answered resident questions and worked with maintenance crews. She found time in her room to call friends and read books — mostly mystery novels — as a stress reliever.

Russell went to bed early each night. It was how she refreshed, and it was how she had the energy to get out of bed the next morning and do it all again.

The only time Russell interacted with her sick residents came during meals as they opened the doors to their rooms to receive deliveries. Uninfected members would come to the dining room to pick up boxed meals. Meals were the only times where the rest of the residents could interact. They ate in small groups in lounges or outside.

“You can't do without personal interactions,” Russell said. “Or at least I would be even more nuts than I already am.”

She tried to add fun elements to an otherwise stressful situation. At the end of each week, she had the house’s chef prepare a special dessert — the chef quarantined in the house as well. When the quarantine ended, they had a chocolate cake with strawberry cream cheese frosting.

“There was a huge celebration,” Russell said. “It was more ‘Gosh I got to go to class today and I am never going to complain about having to go to an in-person class again.’” 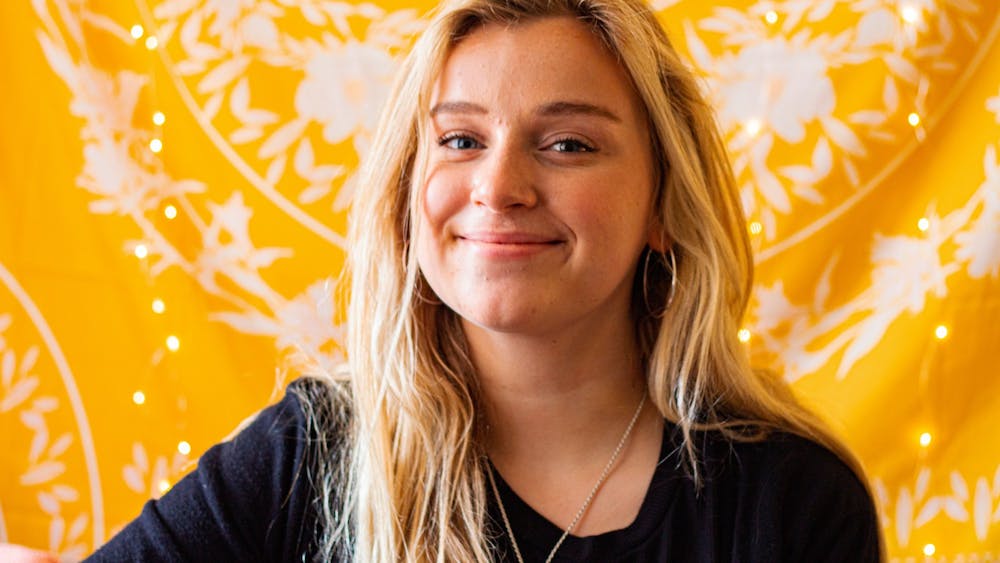 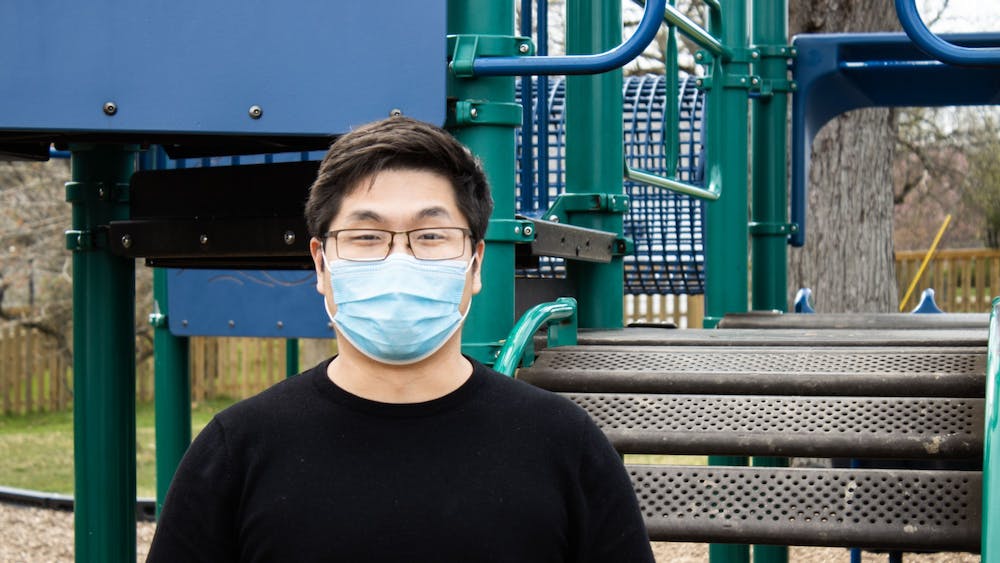 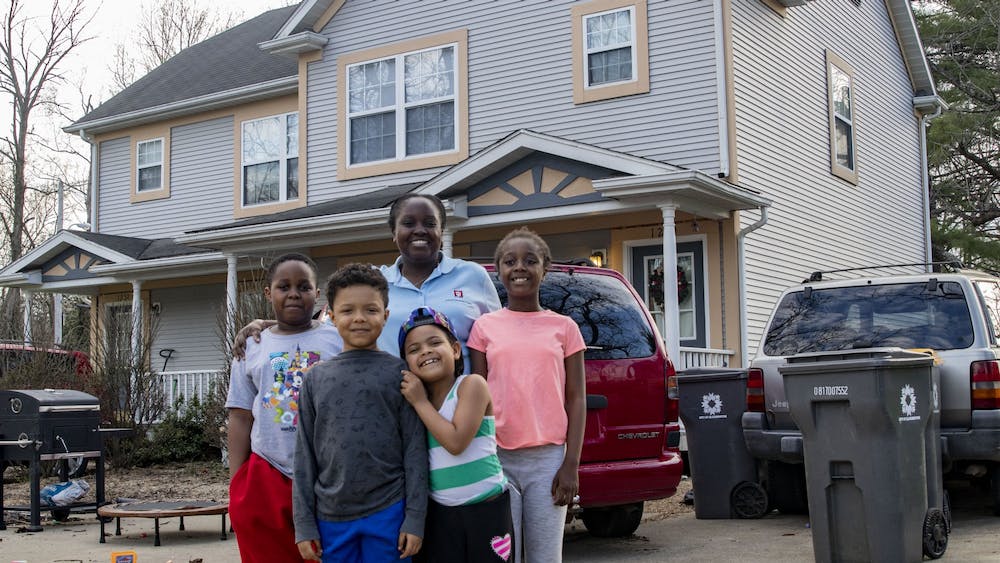 Always on duty: Online schooling means a near-complete sacrifice of privacy for this Bloomington mom