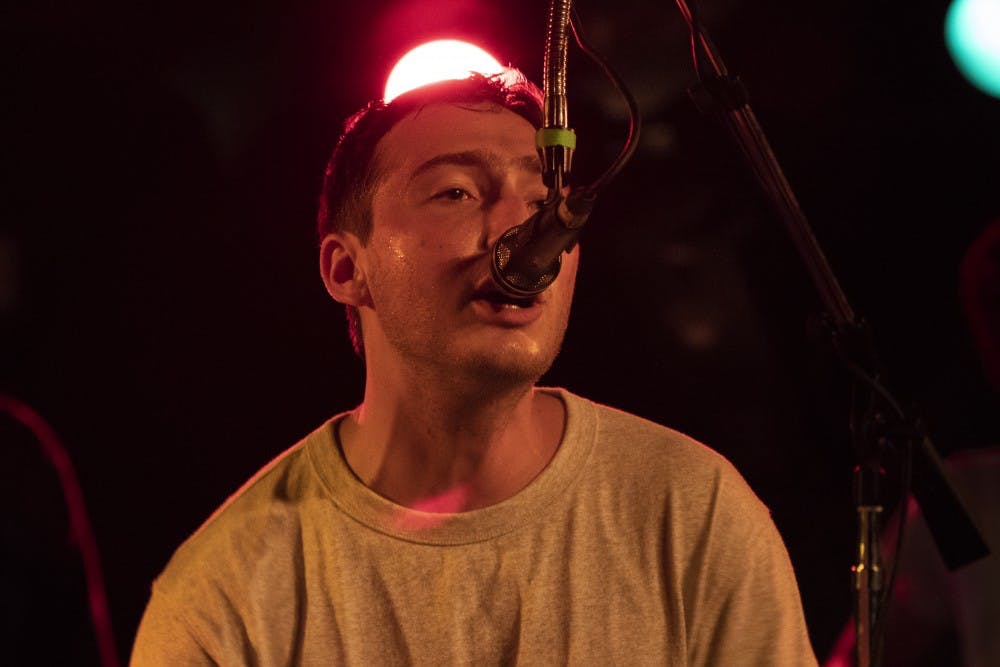 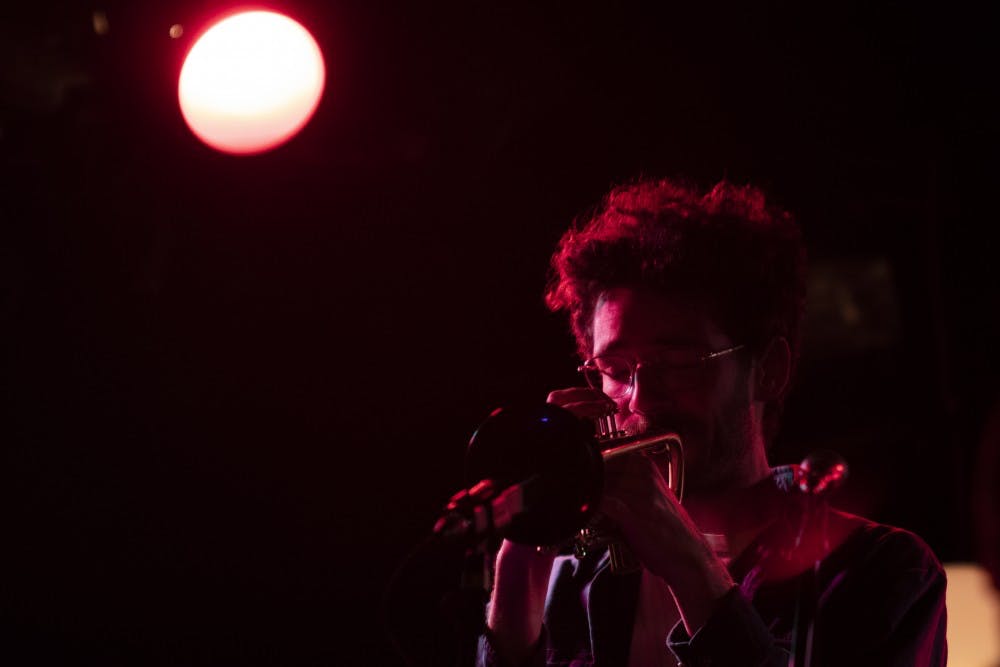 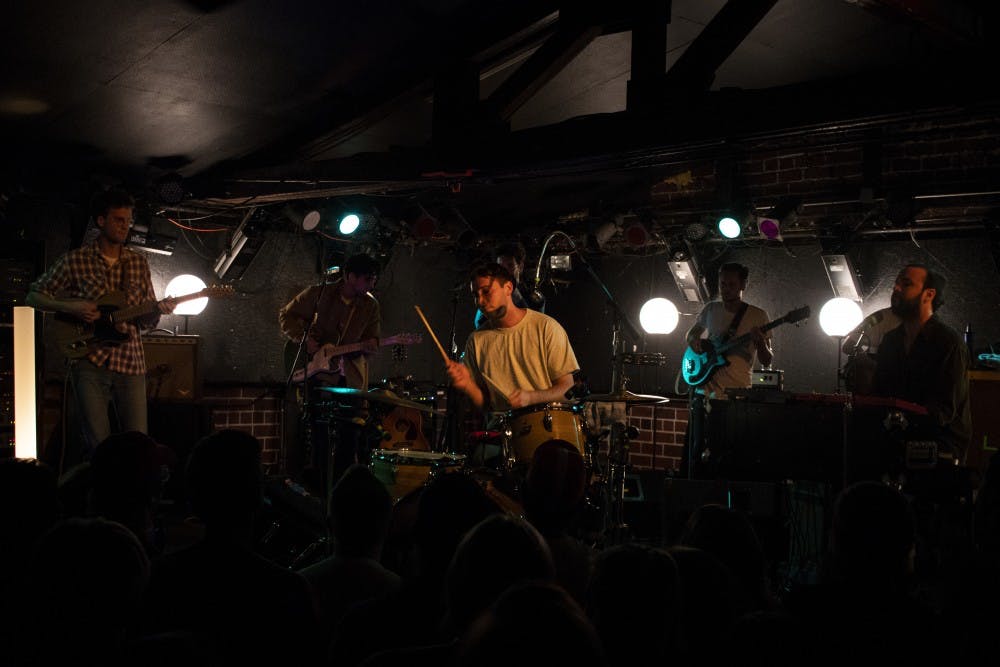 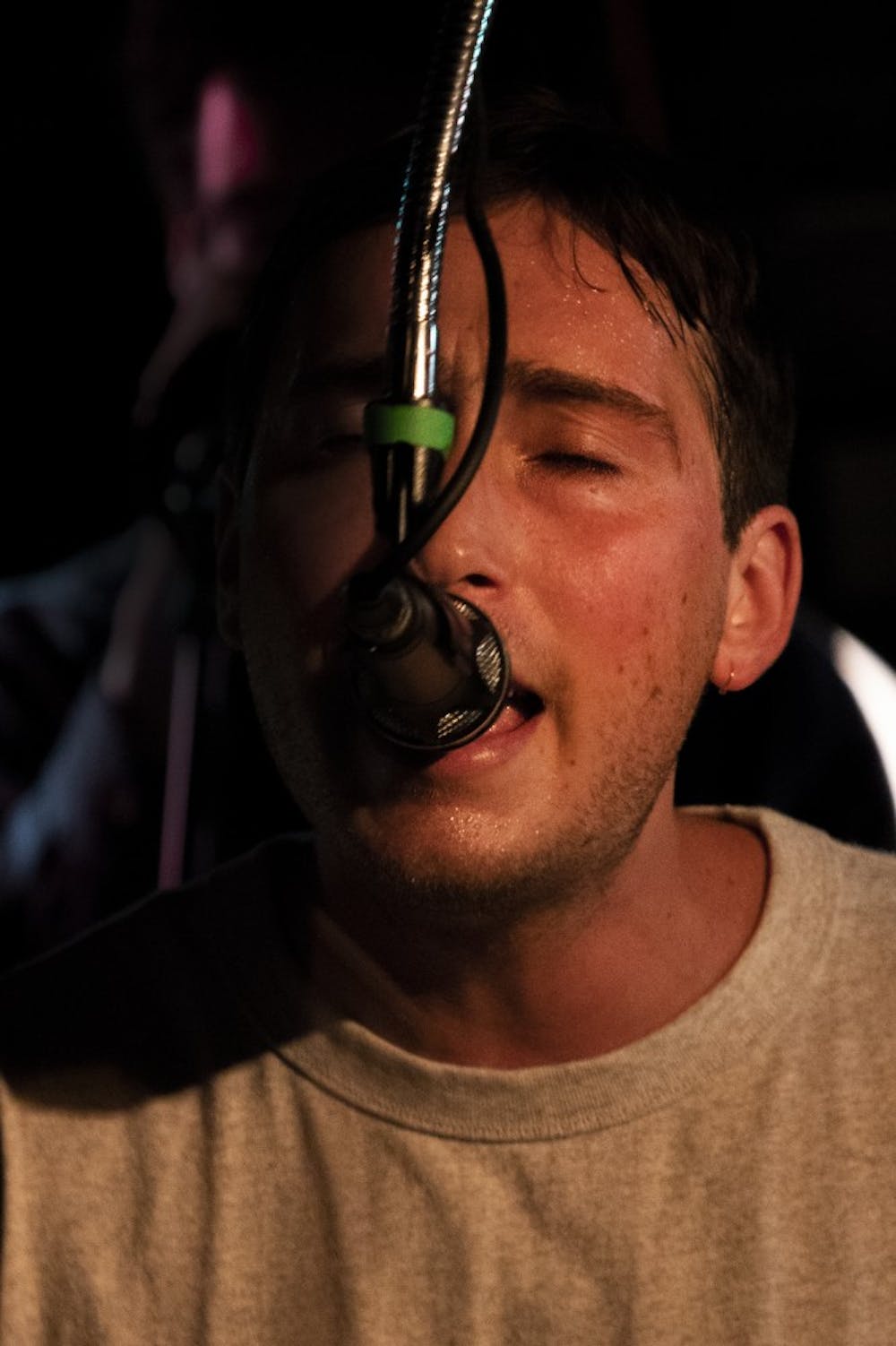 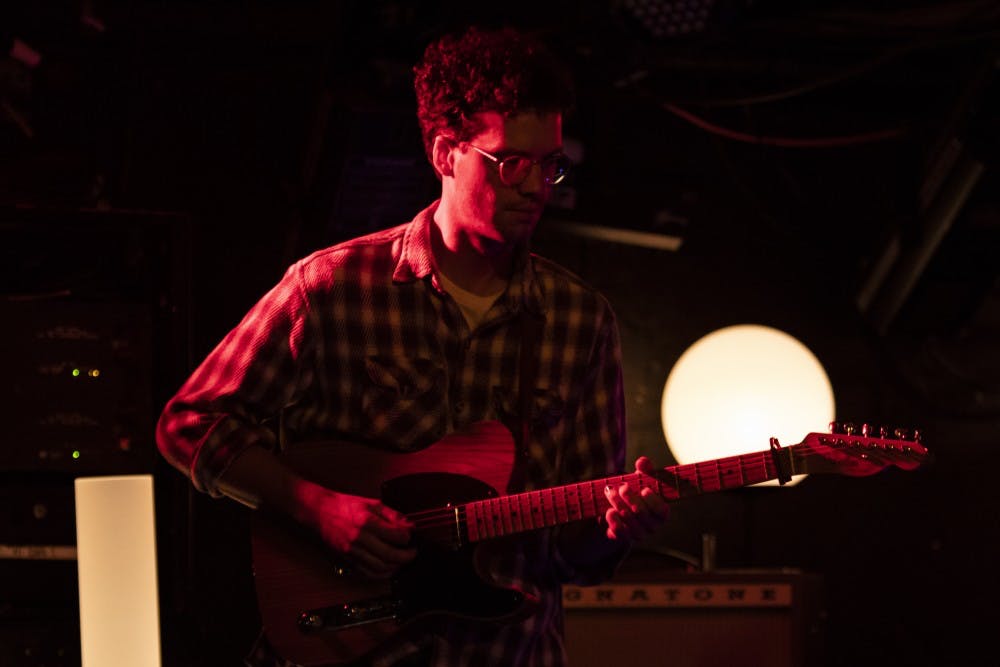 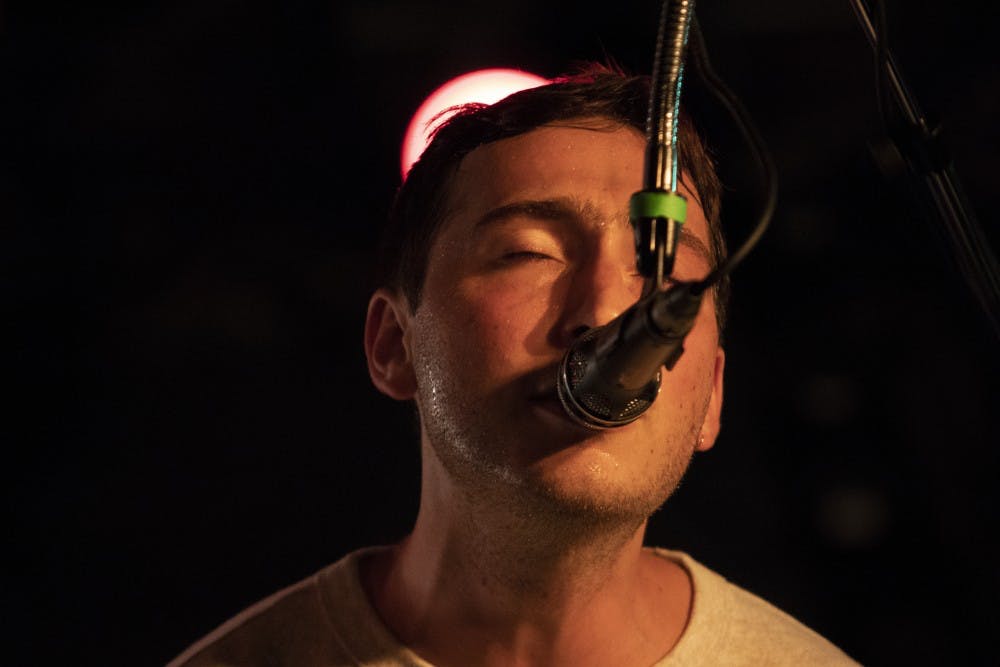 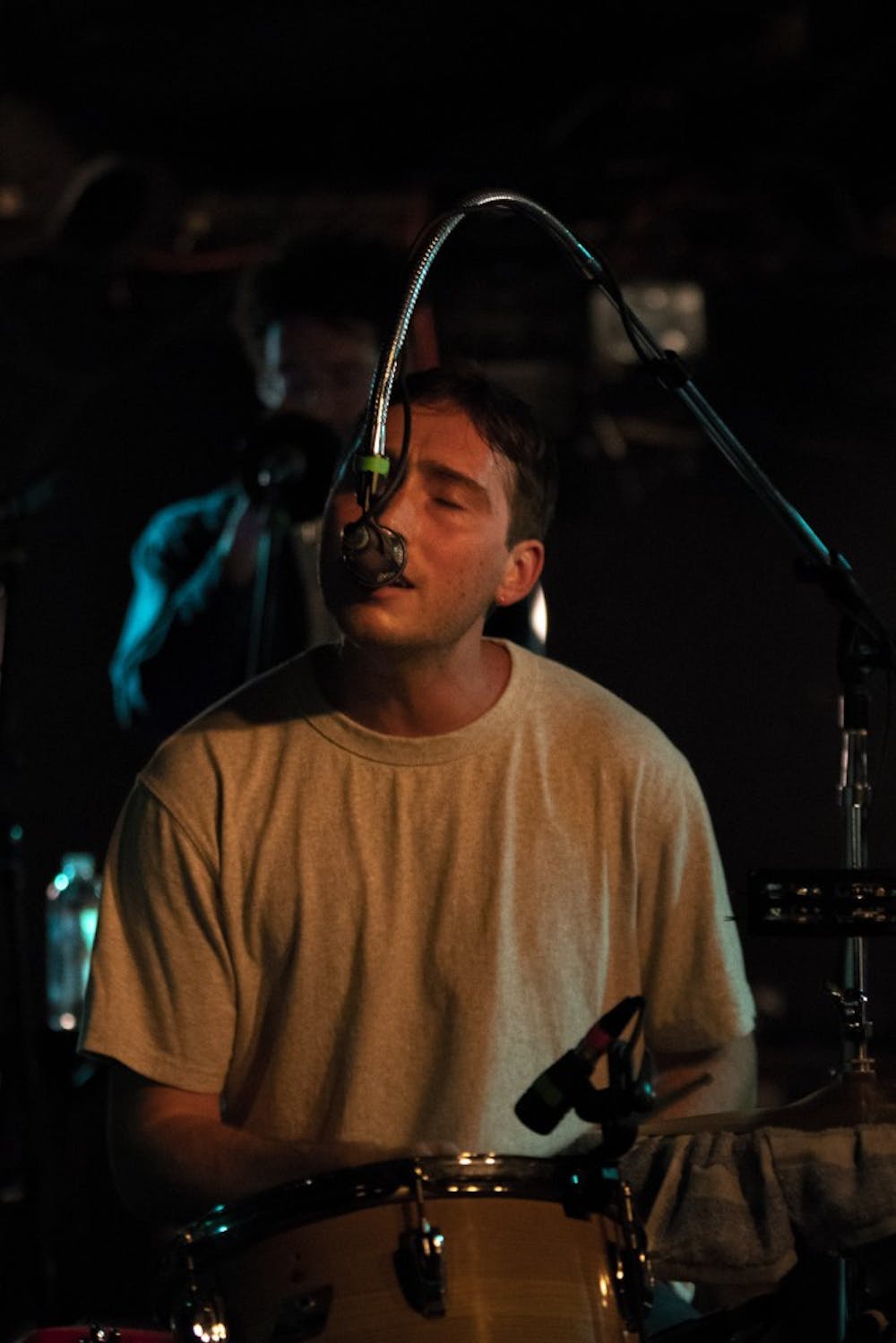 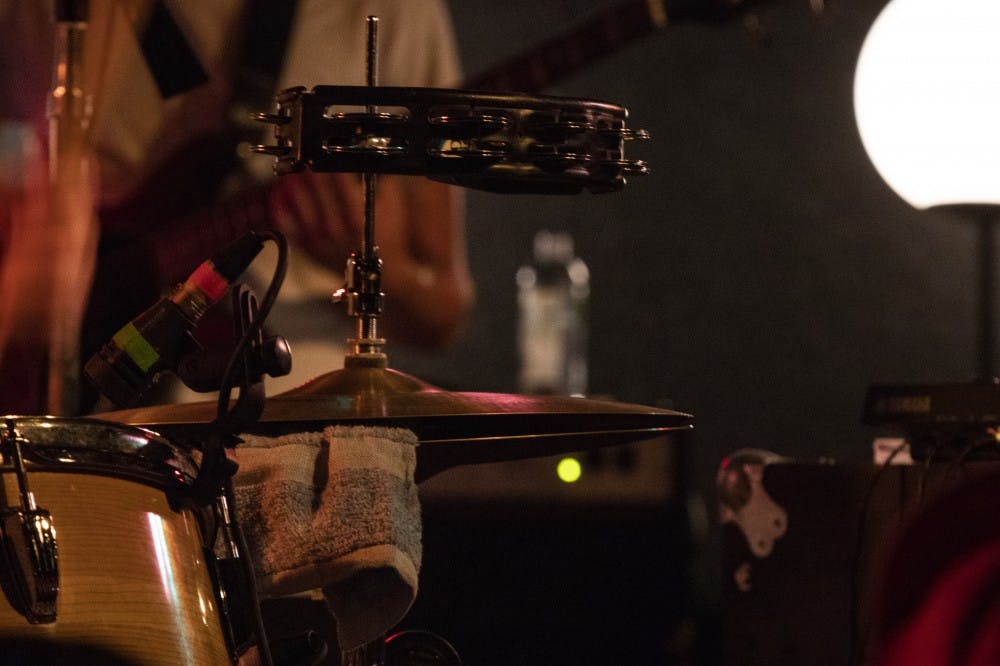 Indie music lovers stood in the warm, buttery light as they watched Whitney start their dreamy set with the breakup song “Polly” in the stage room of The Bluebird bar on Monday night.

The eight-member band chose Bloomington as their first stop on the “Forever Turned Around” tour due to their southern Indiana ties, according to their website.

Back in 2016, Secretly Canadian, the independent record label representing Whitney, released a music video for "No Woman" on YouTube. Bloomington videographers Hugh Sherman Donkin and Zak Stoldt filmed the band in Monroe County for the video.

“They’re like a bunch of brothers when they hang out,” videographer Hugh Sherman Donkin said. “Definitely a lot of mischief there.”

After three long years of waiting, fans were finally able to enjoy the band’s sophomore album, “Forever Turned Around,” live in concert after it was dropped Aug. 30.

Bloomington also welcomed the band at IU's 2016 Culture Shock festival. IU senior Katie Maher compared her past Whitney experience at Culture Shock to The Bluebird's show as being more relaxed.

"This is going to be more contained and laid back since it's 21 and over," Maher said.

Fans cheered as lead vocalist and drummer Julien Ehrlich grabbed his hanging microphone. It was the first time the band had performed any of their newer songs in front of a live audience.

“You’re like the guinea pigs,” Ehrlich told his boisterous crowd after singing two songs with no pauses.

After diving into more well-known singles, the band gave a warning to everyone inside the bar. Ehrlich explained that it might get a little weird as he adjusted his cymbals.

The Bloomington crowd screamed once they realized they were the first ones to hear “My Life Alone” live. Heads immediately started bobbing in unison to the sound of the drums.

Before ending their booming setlist, the band told everyone they were not going to have a typical “encore session.” The crowd was warned that there were going to be two more songs performed and then another handful of songs after a quick on-stage break.

A fresh, young era of soft rock and roll seemed to emerge through the crowded halls of The Bluebird among college students and older adults alike.

“No Woman,” officially ended the night after more than two hours of live music.

"We'll see you again soon," Ehrlich promised before exiting the stage. "We will be back."

Backlash leads Department of Theatre, Drama and Contemporary Dance to commit to change

A statement posted by IU Theatre on Instagram was met with criticism.

More than 300 members of the community signed the letter.