COLUMN: Instead of throwing out, companies should chip in

According to Feeding America, there are 4,260 children in Monroe County who do not know where their next meal will come from. That's 279,840 children or 13.7% of children in the state suffering from hunger. However, this number may be reduced due to a fledgling program of repacking used food in schools.

America is no stranger to food waste. 40% of all food in the United States is not consumed by anything except for the flies. This seems crazy when literally millions of children are not eating. This unused food must be reallocated to help those who cannot get it themselves.

As a nation, we are so full of food that stores throw away fruits and veggies that don’t look as we expect them to. It is preposterous that a perfectly good apple is thrown into the waste bin because it is slightly misshapen. We should care more about where that apple is going than what it looks like.

Nowof course there are charities that aim to give out food to those who need it. Hoosiers Against Hunger creates meal packages for children in need. However, while their goals are good and honest, these charities shouldn’t have to exist. There is so much food that all we need are food banks and companies donating excess food to said banks.

There are laws in place that allow companies to donate their food without risk to themselves, yet many do not donate their excess. The reason for this appears to be lack of information on the subject. But in the age of information, is ignorance really an excuse?

The bottom line is food in America needs to addressed. We are in the land of excess, yet many of us are barely scraping by. Our food production continues to increase, and these problems aren’t getting any better. There needs to be a fundamental change in how we use our food.

We need to focus less on having thousands of options at the grocery store and focus more on making sure the thousands who use that store can get what they need. If companies willingly waste time selecting misshapen food to throw away, then hopefully they can also use a bit of their time to give that food to a home that needs it.

Capitalism drives us forward to produce more and to produce it better. It is the lifeblood of America. However, if we do not tether our ambitions, greed and excess to the reality that not all of us can be at the top of the pyramid, then we are no better than the snake who bites its own tail.

We must, as a society, care for everyone — not just the privileged but also the underprivileged. Fulfilling people's basic needs is a bare minimum that shouldn’t be debated. 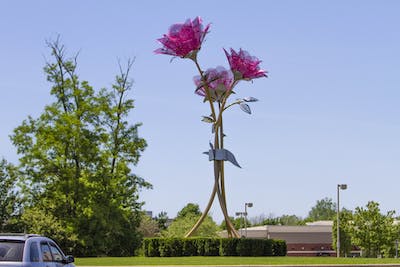 OPINION: Carmel, Ind., should use wealth to fight racism, not sue Minneapolis

An open letter to my wealthy, majority-white and sometimes oblivious hometown. 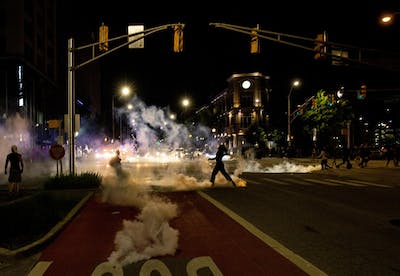 OPINION: Tear gas is worse than you think

Banned in war, but safe at home?

OPINION: Teach your children empathy so theirs don’t have to learn fear

The freedom to choose what to teach your children is a white parent’s greatest privilege.