President Donald Trump's administration is set to abandon the only Cold War-era arms control agreement between the United States and Russia that still survives: the Intermediate-range Nuclear Forces Treaty.

In keeping with his usual practice of issuing important foreign policy announcements in clearly inappropriate settings, Trump told reporters of the planned U.S. withdrawal from the INF Treaty after a campaign rally in Nevada. National Security Adviser John Bolton confirmed the decision and reportedly relayed it to Russian officials during his trip to Moscow last month.

The INF Treaty was concluded in 1987 by Soviet premier Mikhail Gorbachev and U.S. President Ronald Reagan. It was arguably the most important arms control agreement the U.S. and the Soviet Union ever negotiated because it vastly reduced the threat of nuclear war in Europe and the Soviet Union.

In order to meet compliance, Russia and the U.S. submitted to the most rigorous on-site inspections in existence and eventually destroyed a combined total of 2,700 missiles.

There are now several factors putting stress on this once-successful agreement. The big ones are American allegations that Russia is violating the agreement, Russian allegations that the U.S. is violating the agreement and China’s growing arsenal of intermediate-range missiles. Since China is not part of the INF Treaty, both Russia and the U.S. have concerns that China will use intermediate-range missiles to gain a strategic edge over the countries in the agreement.

Instead of building on Reagan and Gorbachev’s success, Trump is throwing away another piece of landmark diplomacy and causing another rift with Europe. Only the U.K. government has endorsed the U.S. position, while the rest of Europe has expressed concern. Europe’s security is affected more than U.S. security by the INF Treaty because European countries are actually within range of the missiles prohibited under the agreement.

Allegations of noncompliance and China’s arsenal are undoubtedly both issues that need to be addressed. The agreement should be renegotiated, not abandoned. The U.S. and Russia can eliminate any ambiguity as to whether Russia’s 9M729 missiles and the U.S.’s missile defense system, which is capable of launching offensive missiles, violate the agreement.

While China has shown no interest in joining the INF Treaty, the U.S., Russia and Europe should cooperate to try to incentivize China to join. This may involve bold sacrifices, but that is better than letting China’s missile stockpile grow until it’s so big that the U.S. and Russia have no leverage to negotiate arms control agreements with China.

Yet, the Trump administration has shown no signs of making efforts to preserve the agreement. The worst part is that it’s under no domestic political pressure to do so. Republicans are traditionally skeptical of arms control, and Democrats, still caught up in a baseless fantasy that Trump is beholden to Russian interests, are clamoring for a more hawkish posture toward Russia.

If Trump ends the INF Treaty and fails to renew the New Start arms control treaty set to expire in 2021, the world could be left with zero agreements limiting the arsenals of nuclear states. That’s a scary thought. 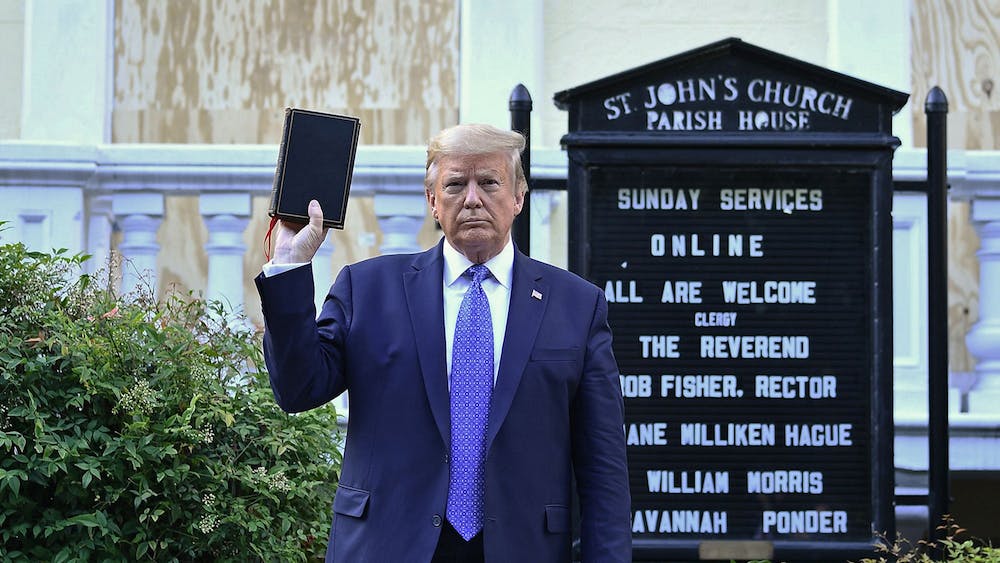