African drum beats could be heard echoing through the halls of the Mathers Museum of World Cultures on Thursday. African drum maker Tony Artis shared his experiences and love of drum making with IU students and Bloomington residents through the Visiting Folk Artists Series.

The events in the series are free and open to the public, and they are sponsored by Themester 2016: Beauty, an initiative by the College of Arts and Sciences to help students learn about beauty through the folk arts.

Professor of folklore and ethnomusicology Jon Kay said he has known Artis for years and he seemed like a perfect choice for the  series.

“He’s just a very instrumental person in both forming but also teaching and reviving African forms of craft,” he said. “Like the drum-making, but also the music because that comes with those drums.”

During the demonstration portion of the event, students asked Artis questions about his craft.

When asked why it is necessary for musicians to make the drums, Artis said making one’s own instrument is the only way to be considered a master musician in Africa.

He said he has traveled to Ghana, West Africa and Cuba, where there are also many aspects of African culture.

“When you make your own instrument and you play it, it’s the closest thing to being totally your voice because your vibrations are on all the materials,” he said. “You’re using all natural materials.”

Artis said he grew up in Kokomo, Indiana, during the era of desegregation. He said he believes there is a benefit to sharing and learning about one’s culture, especially since that has been hard for African Americans due to  oppression.

“There’s a cultural bond among people that needs to be celebrated,” he said. “Not to exclude anybody else, but likes attract. You practice the same songs, you eat the same food — and that’s not to say you can’t go out and experience and celebrate other cultures like you are doing today, but you need to maintain your own culture.”

The event also featured a discussion section during which Kay spoke with Artis about his upbringing, how he became involved in drum making and the different parts of the drum.

Artis said when he decided to study African music he was initially overwhelmed because there are so many different cultures in Africa.

He said he decided to focus solely on the Nigerian Yoruba culture, which is one of the largest ethnic groups in Africa.

Artis said he hopes to promote African history because it is not often taught in schools. He said while some schools are beginning to teach African-American history, it is not sufficient because it focuses almost exclusively on slavery.

“It’s important that everybody knows African history because we are all African if we go back far enough,” he said. “That’s very important to unify in everybody — to realize that we all come from the same root.”

He also said he wants to eradicate the racial turmoil the United States and other countries have experienced throughout history.

“My mission is to dispel all of that and bring in that unity that we once had,” he said. “It’s been thousands of years, but we once had that and it’s possible to have again.”

He said he believes music can help bring people together.

“Music is a unifying force,” he said. “You can have an arena of 10,000 people, and all of them are moving together in music.”

The Indy Scream Park opens for its 11th year with new attractions and COVID-19 safety policies.

The IU ballet department has put regulations in place for a safer dance environment. 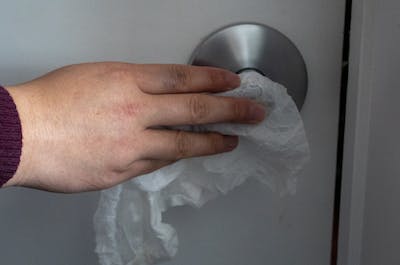 The spread of COVID-19 makes adhering to guidelines important during the holidays.