The money going into curbing sexual assault is seen in the fliers and T-shirts during Culture of Care Week, the student leaders circling a table on a Tuesday night and the colorful posters tacked at eye level in bathroom stalls.

It’s about $200,000 worth of work, done in response to survey results published by IU last fall.

Most men and women who experienced sexual assault told their friends. Some told family. Less than 10 percent of undergraduate women reported their sexual assault to IU police or  administration.

On paper, changing the culture of condoning sexual assault is a huge effort on IU’s part.

Most of the money comes from an annual grant from the state of Indiana. A small amount comes from a fee students opt to pay while scheduling classes.

There are just a couple of people in charge of deciding the who, what, where and how much involved in these funding allocation decisions that define IU’s prevention and  programming.

An intro to funding

The majority of the money — $195,000 — comes from a grant from the Indiana State Department of Health. Fasone said the money would go to sexual violence prevention programming and support for students and staff.

Last year, the Office of the Provost provided more than $35,000 to fund both the Sexual Assault Climate Survey, published in October 2015, and the printing and placement of bathroom posters, Fasone said.

The University received the same grant from the ISDH last year, but it totaled $165,000. The Division of Student Affairs chose to put the money toward an Indiana “It’s On Us” conference, a planning session targeting underrepresented student groups.

“We spoke with about 50 students who told us what they wanted to see in regard to sexual assault prevention,”  Fasone said.

In response to some of the students’ wishes, Fasone said the University emphasized an already growing focus on bystander training.

Students involved with Culture of Care teach audiences at training sessions what to do if they see someone intoxicated in a situation with someone else that could become sexual, and what alcohol poisoning looks like.

Posters in bathroom define rape and give phone numbers for people looking for help.

Sara Zaheer, chief of staff of the IU Student Association, said IUSA valued the bystander training IU emphasizes so much that the group invited people from Culture of Care to its staff retreat.

“It’s up to us to decide what we’re trained on,” Zaheer said. “Students wanted to talk about it. It was interesting to see fresh minds tackle it.”

Despite the focus on bystander intervention, there were no quantifiable results from this uptick in sexual assault training.

Fasone said part of receiving funding for prevention programming relies on continual efforts by the University to evaluate programming. In a survey sent out regarding bystander training, she said the responses were positive.

“We saw the greatest measurable increase was in confidence,” Fasone said. 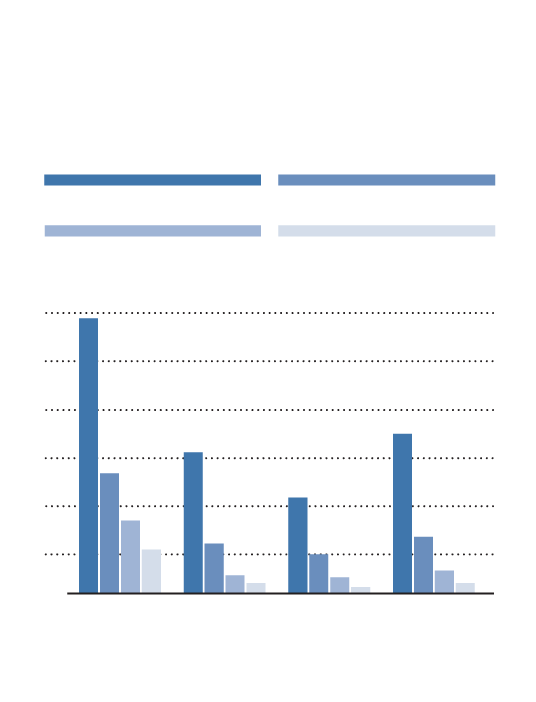 have survived sexual assault to provide information about

how they were assaulted. Across the board, undergraduate

A crisis line and a  domestic violence shelter

The University isn’t the only entity raising money for sexual assault awareness and prevention. Students also can contribute money, an optional $5 fee, when they enroll in classes. The fee is called the “Sexual Assault Prevention Fund.”

The money from the fund is facilitated by IUSA, although the money doesn’t go to IUSA.

“We just act as kind of a conduit,” Zaheer said.

The fee was $3 last year. Zaheer said when she first learned of IUSA’s ability to determine the details of the donation, she wanted to increase the amount of money students were able to  donate.

“Changing the money from $3 to $5 made sense to me,” Zaheer said. “We talk about sexual assault prevention on campus so much, the money should  reflect that.”

Until this year, the $3 fee was split evenly between Middle Way House and Sexual Assault Crisis Services.

In a move Zaheer said she felt most students would agree with, she changed the distribution to favor  Middle Way.

Now, 75 percent of the donated $5 is given to Middle Way and 25 percent is given to SACS to support the crisis hotline. In that change, SACS effectively lost 25 cents per donation.

SACS is used by about 30 percent of students who report experiencing assault, according to the Sexual Assault Climate Survey.

Zaheer said sending the money to Middle Way would help students who have been assaulted because they are more inclined to seek help away from where the trauma occurred.

“Who are you going to trust on campus?”  Zaheer said.

Middle Way Donor Relations Manager Emily  Milner said she works closely with IU and coordinates events between Middle Way and the University but was unable to disclose how many students used Middle Way’s services.

“I know that all of our services are offered to IU students,” Milner said.

Katelyn Lipa, a Middle Way crisis intervention coordinator, works directly with the services that go to people who come to the shelter after experiencing trauma. She said she didn’t know how many students Middle Way helps.

“I didn’t even know students could donate money to us,” Lipa said.

“Where you see the most men”

The $8,600 grant from the Parents Board Association went to a consent campaign expected to launch in Fall 2016. A seasonal consent campaign coordinated by Culture of Care was created for the month of April, which is also Sexual Assault Awareness Month.

IU Athletics gave permission for some of their athletes to be photographed in their jerseys next to messages emphasizing consent before sex.

At a Title IX Sexual Assault Task Force meeting in mid-March, Fasone announced the confirmation of this campaign to student leaders.

“Kilroy’s gave us permission to put them up in their bathrooms,” Fasone said.

A student nodded and said, “That’s such a  good idea.”

Fasone discussed how they were going to take the consent campaign to social media. The student leaders present, who represented IUSA, Raising Awareness of Interactions in Sexual Encounters, Men Against Rape and Sexual assault and the IU Feminist Student Association, listened.

Someone suggested hanging posters in the Student Recreation Sports  Center.

“The gym is where you see the most men,” she said.

Fasone and the other students nodded.

The rest of the meeting was spent discussing various events the student groups had planned for Sexual Assault Awareness Month.

Freshman Anna Stuckey observed. She said she came to this task force meeting to figure out how to help change a culture she saw enveloping all people on campus, including staff and faculty.

She said she was furious when she saw an IU staff member point to two young women in cut-off shirts at an IU football game and say “girls like that” are the ones who claim they get raped at frat parties.

“I work for IU,” the woman continued. “I  would know.”

The freshman filed a formal complaint with Culture of Care, who directed her to the task force.

“How are we, as students,” Stuckey said in the complaint, “supposed to create a ‘Culture of Care’ if we are not taken seriously by some of the staff?”

IU to change compensation, cut health care for some College of Arts and Sciences graduate workers

OPINION: Bloomington is not a progressive paradise