That is the story out of East Lansing, Michigan.

IU had No. 7 Michigan State right where it wanted, down just two points in the third quarter with the chance to take the lead.

The Hoosier defense forced the Spartan offense into a three-and-out, giving the ball back to senior quarterback Nate Sudfeld and leading rusher Jordan Howard, who made his return after a two-and-a-half game hiatus due to an ankle injury.

And both times, the Big Ten’s No. 1 offense failed to convert.

The opportunities were as tangible as the five points kicker Griffin Oakes left off the board, missing a field goal and two extra points after entering the day with the best made field goal percentage in the conference.

Others were less perceptible, but just as significant.

Holding Michigan State to a field goal in the red zone, the defense once again set up Sudfeld and company to take the lead, down five in the fourth quarter.

The Hoosiers were saved once on that drive when referees ruled junior receiver Mitchell Paige’s progress dead on a fumble recovery that would have set up MSU inside IU territory.

It blew up nonetheless two plays later, when a false start and subsequent sack pushed IU back into a 2nd and 23 from which it could not recover.

The Spartans scored 24 unanswered points beginning with 9:45 left in the third quarter, and it’s as much on the IU offense as it is the  defense.

Perhaps chronicling it in detail will help the Hoosiers see.

What IU Coach Kevin Wilson calls “a winning team that needs to win” has been mere plays away this season from being the club it wants to be.

IU has stared down the proverbial hump in each of its Big Ten games and come up on the wrong side each time.

The Hoosiers’ bye week comes at a timely fork in the road. Now 4-4, on a four-game losing streak, IU has time to figure out just how it has squandered a 4-0 start, a 25-point lead and a chance to take the lead against two top-10 programs in the fourth quarter.

There was one more missed opportunity Saturday that was out of IU’s control.

After Michigan State scored its first touchdown, a deluge opened up on the IU offense. Sudfeld said it was unlike any weather he’s played in before, comparable to taking a shower in football pads.

“It was like trying to catch a bar of soap,” he said.

Right now, IU is in the midst of a deluge. Opportunity is that bar of soap.

And somehow, the Hoosiers need to find a way to take hold. 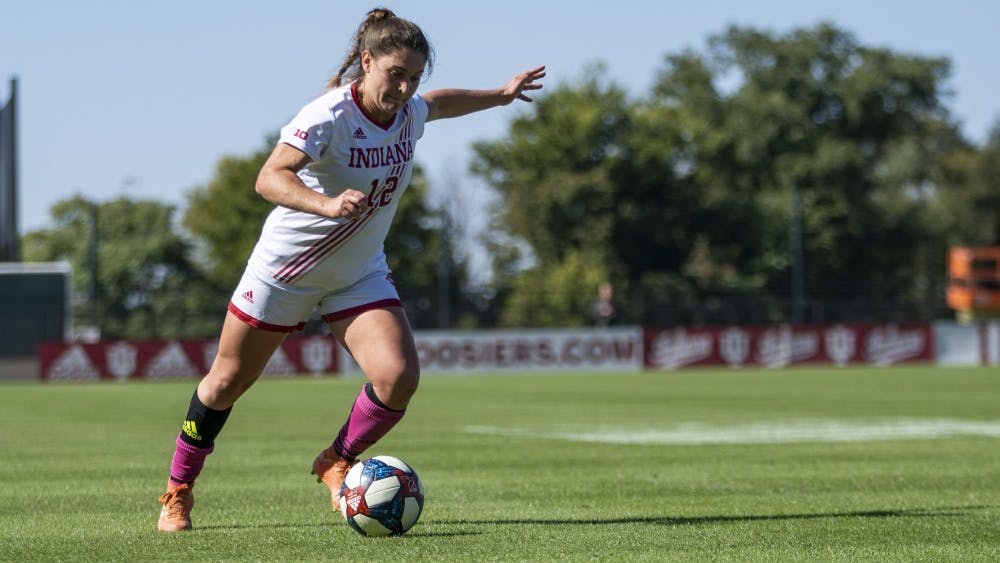