At this point, I doubt anything I say will change your mind. Like Team Edward and Team Jacob, it seems there are two types of moviegoers: those who, like, totally love the “Twilight” films, and those who think they’re a waste of time.

Could “Eclipse” somehow appease both groups? After seeing it, I can say it just might.

“Eclipse” is far and away the best film of the series. In fact, it’s actually a good film, no caveat or qualifier necessary.

That might be a hard pill to swallow, especially after viewing the glacially paced emo drudge that was “New Moon.” But director David Slade keeps this film moving much faster, and it seems more effortlessly shot than either of the previous two efforts in the series.

Writer Melissa Rosenberg, who will write all five films in the “Twilight” saga, finally seems to have a handle on turning Stephenie Meyer’s novels into a coherent and — dare I say it? — witty screenplay, while Slade coaxes the most mature and assured performances yet from Kristen Stewart, Robert Pattinson and Taylor Lautner.

Whereas the previous two films seemed content to the let the viewer fill informational gaps with details gleaned from reading the novels, “Eclipse” shows its work as it builds tension and hits its emotional beats, making it a much more satisfying viewing experience.

It helps that the story facilitates a lot of close-quarters confrontations that give the actors a chance to show off their facial work.

That’s not to say the work is always subtle, but it’s certainly true to the characters and to the spirit of the books and films.

Don’t worry, haters — there are still a list of faults to pounce on. Bryce Dallas Howard (replacing Rachelle Lefevre as Victoria) isn’t miscast, just drastically underplays her role, and the makeup and special effects again seem to wordlessly announce the film’s budget.

Meanwhile, the overbearing soundtrack gets in the way of a sweeping Howard Shore score, and the less said about the suddenly and bizarrely accented speech of Jackson Rathbone and Peter Facinelli, the better.

Despite those minor flaws, this is definitely a prime example of how to do a book-to-movie adaptation right — by making it a good film, not merely fan service.

I do not love "Lucy"

‘Lucy’ Starring: Scarlett Johansson, Morgan Freeman D Perhaps the biggest problem with “Lucy” is that it has no actual plot. 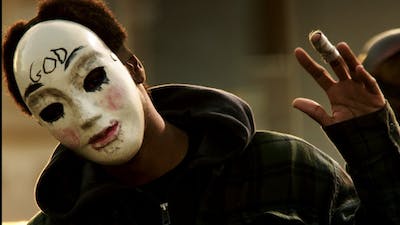 "The Purge 2: Anarchy" might be a societal carnival mirror, but it is a mirror nonetheless. 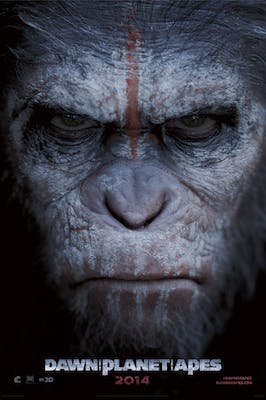 A chimp off the old block

Andy Serkis should be applauded for furthering the world of motion-capture performance as seen in tension-driven "Dawn of the Planet of the Apes."