For most students the worst consequence of drinking alcohol is a bad headache and maybe a bad – or blank – memory.

But for some of the 2,500-plus students of Asian ancestry at IU, alcohol can cause far more serious health problems.

The reason for this reaction is a genetic mutation that prevents the body from breaking down alcohol toxins. Normally the toxins are converted into harmless products by the liver. If the toxins are not converted, they poison the body, causing headaches, heart palpitations and flushes in the short term.

But in the long term, the condition has been linked to early-onset Alzheimer’s and an 80-percent increase of the risk of developing oral cancer.

Now for the good news:

Researchers at IU-Purdue University Indianapolis and Stanford University have made an important breakthrough in the treatment of this liver deficiency. They have discovered a molecule, called Alda-1, that can repair the malfunctioning parts of the liver.

“When I drink my face will turn very red, my heart will speed up – Dum! Dum! Dum!” said Min Si, a junior in the Kelley School of Business, striking his chest to show just how hard his heart beats. “All the other people drink, but I cannot.”

Thomas Hurley, director of the Center for Structural Biology at the IU School of Medicine, said that around one billion people worldwide suffer from this condition.

“With this research we just went on a whim, and it worked,” said Daria Mochly-Rosen, chair of molecular pharmacology at Stanford University.

In a healthy liver, alcohol toxins are broken down by an enzyme called aldehyde dehydrogenase 2 (ALDH2). Enzymes act as catalysts, allowing one molecule to transform into another. They are like the glass shoe in the story of Cinderella: The poor maid becomes the beautiful princess, all thanks to the shoe.

In as many as 40 percent of people with Asian ancestry, ALDH2 does not work properly.

If ALDH2 only converted alcohol toxins, the solution would be simple – don’t drink any alcohol. But ALDH2 can also reduce the risk of heart disease and kidney failure by removing naturally occurring toxins from the bloodstream.

For decades, researchers have been trying to replace or repair the enzyme. Alda-1 is the first drug discovered that can repair a defective human enzyme, which opens up the door for the treatment of other enzyme-based illnesses.

“Is this a novel idea? No.” Hurley said. “The novel thing is finally finding something that works.”

Unlike most enzyme drugs, which replace the damaged enzyme, Alda-1 actually repairs the broken enzyme by altering its shape so that it becomes active. Mochly-Rosen said fixing the enzyme itself is preferable to replacing it with man-made enzymes.

“If you have a mixer, and the top is broken, then things will start jumping out,” she said. “You could put Saran wrap around it, and that will make do. But if you repair the part, that is the optimum.”

Although Alda-1 is the first case of repairing an enzyme, Hurley said if it can be done once, it can be done again. This could mean that other medical conditions caused by faulty enzymes, such as sickle cell anemia, could be cured using similar technology.

The discovery still has its drawbacks though. It has yet to be tested for negative side effects, a process that can take years.

Hurley said they are already looking for alternatives to Alda-1 because it is not easily absorbed into the bloodstream and only a small percentage actually reaches the broken enzyme. Ideally, a drug should be easily absorbed so it can be taken as a pill rather than as an injection.

Mochly-Rosen said she has considered the moral consequences of the drug and added that studies suggest it would not cause a change in drinking behavior among those receiving it. In other words, a person with the condition wouldn’t suddenly become an alcoholic. Any drug would only be available on a prescription basis.

As for Si, he is not overly concerned about missing out on the student drinking culture.
“Maybe it is good,” he said, “because I don’t have to do anything stupid when I am drunk.”

If masks made from the fabric are approved by the FDA, a company is ready to sell them. 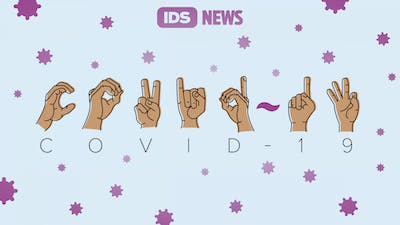 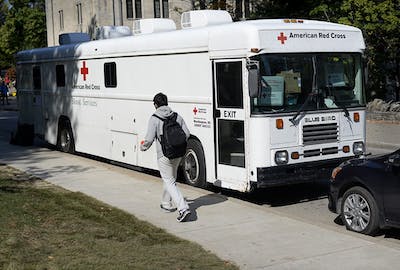