Acts of racism and bigotry in the city have made it into stories from local and national news organizations, giving the community a reputation for being intolerant. With this happening two years after the city held a memorial for a victim of an act of racism, the photo has opened wounds the community has been trying hard to heal.

Kevin Coryell, 52, is a longtime resident of Martinsville who works in aerospace and is running for mayor. A photo of Coryell in blackface, specifically dressed as Mammy from “Gone With the Wind,” from 2013 recirculated on Facebook at the beginning of this year.

The photo can be found in the comments of one of Coryell’s public posts from March 29, 2014. The post is of a person with a beard wearing feminine clothing.

Coryell’s comment on the photo reads, “Question: is it a female with a small facial hair issue or a man that likes to cross dress. I just don't know any more.”

The post was met with more than 60 comments of people saying things such as, “That’s just a bit messed up! Lol!” and “Either way, it seems to be very comfortable with itself. Personally, I find it disturbing. j/s.”

Coryell is one of three Republican candidates on the ballot along with one Democrat candidate. The mayoral election for Martinsville is May 7.

Anthony Woodside, a reporter from the Reporter-Times and The Mooresville-Decatur Times, said conversations about Coryell only lasted for around three weeks before the issue was brushed aside.

“Vote Coryell for Mayor” signs can still be seen lining streets in Martinsville.

Now, that number is only 1.6% of the total population. That’s still less than 200 people who identify as black or African American.

Martinsville has a long history of racial tension. It has been deemed a “sundown town,” which means black people were not welcome in the area after the sun went down. Rumors have also harmed the city, such as the belief Martinsville was a headquarters for the Ku Klux Klan, even though it wasn’t.

Recent events in the city have made it difficult for people to look past the city's history and rumors.

Only a few people in Martinsville have been outspoken about Coryell and the blackface photos. Shannon Kohl, the current mayor of Martinsville, is one of them.

Kohl said she doesn’t think the photos were taken with malicious intentions, since it was a Halloween costume, but it still shocked her how the city reacted to them. People made jokes on Facebook and said it was funny that he dressed up as the “maple syrup lady.”

Kohl has received negative feedback for speaking out against the incident.

“Doing the right things is hard because here, you pay a price for it,” Kohl said in an interview.

Kohl, who is also a Republican, isn’t happy with any of the Republican candidates who are running. She said she was hoping someone more qualified would jump into the race.

She is not running for reelection for personal reasons, though she said Martinsville has been good to her.

Coryell declined to speak on the record about the situation. He did say the story has already been written by the local paper and he has already addressed it in a video and in Facebook posts. Though the story has been written, columns continued to be written and some people who live in Martinsville still don't know about the photos.

After the photos resurfaced, the Reporter-Times wrote an article Feb. 8 about him addressing the photo in his video. The video came after he was allegedly told Fox 59 in Indianapolis had the photo.

The news station didn’t do anything with the photo, and Coryell hasn't done anything concrete to make up for the photo.

Carol Jenkins, an African American woman from Franklin, Indiana, was selling encyclopedias in September 1968 when she was stabbed to death with a screwdriver in Martinsville. She was 21.

The man who killed Jenkins was also found to not be from Martinsville. He wasn’t arrested until police received an anonymous tip in 2002, almost 34 years after the murder. The case has even appeared in an article in the New Yorker.

Another incident which highlighted the city's complicated relationship with race was the Jan. 23, 1998, basketball game between Martinsville and Bloomington High School North.

Bloomington North had won the championships the previous year. Steven Philbeck, the assistant basketball coach at Bloomington North at the time, said his players were used to other teams being hostile toward them.

They weren’t expecting what they would be greeted with in Martinsville when they arrived that day.

Around 10-12 male students ran to the bus and lined the sidewalk. The Martinsville team, which was all white, knew there were black players on the Bloomington North team. As the players exited the bus, the boys started chanting.

Throughout the junior varsity game, Philbeck said the Martinsville players were incredibly violent. The coaches even asked each other if Bloomington North should take the forfeit and just go home.

Philbeck said when the varsity game started, things got uglier.

The Martinsville players became more violent, and one of them elbowed a black Bloomington North player in the stomach hard enough to make him vomit. A man in the audience yelled for the player to be taken off the court and shouted a racial slur.

“It really was an awful experience,” Philbeck said.

The Indiana High School Athletic Association banned Martinsville from hosting any conference games for a year, and the incident made it into an issue of Sports Illustrated with the headline, “Martinsville’s Sad Season.”

The city has attempted to seek closure and move past these situations. In 2017, a memorial was organized for Carol Jenkins and her family. Shannon Kohl, the current mayor of Martinsville, dedicated a "memorial stone" in Jenkins' honor at the entrance to City Hall, according to an IndyStar article.

Kohl said she thought the memorial was healing for the family and for the community. Jenkins’ father died soon after the memorial.

Kohl said the photos of Coryell makes her worry for the future of Martinsville.

“I felt like it set our community back a little bit,” Kohl said.

Like Kohl, other members of the community have spoken out about Coryell and received backlash. Some are also leaving their positions in and around the city.

Before he announced he was running for mayor, Coryell and his campaign created a Facebook group called "Porch Time" to engage with the community. It began with posts to organize and announce fundraisers, but it quickly became a page for people to talk about the election and post political memes. Kohl and others believe it was created with political motivation from the beginning.

For months, Coryell was given permission by Michele Moore, the superintendent of the Metropolitan School District of Martinsville, to make Facebook Live videos on Porch Time of events and games at Martinsville High School. After the photos of Coryell resurfaced, Moore banned Coryell from accessing games and players.

Though she isn’t originally from Martinsville, she knows of the reputation surrounding the city.

“Martinsville has a history of intolerance,” Moore said.

Once they expressed they were uncomfortable with how Coryell apologized for the photos, she made the decision.

“I felt like it was the right thing to do to speak up,” Moore said. “It’s important to stand up for things you feel strongly about.”

Soon after, Moore decided to look at the curriculum being taught in her schools. During a principals meeting, she made sure diversity in America and Black History Month were being taught. There was no mention of Martinsville’s history being in the curriculum.

Moore is stepping down as superintendent of Martinsville at the end of this school year. She believes she has accomplished what she set out to do.

Community members who don’t hold any sort of office or position have also faced scrutiny for being outspoken about Coryell and the photos of him in blackface.

Justin Drake, 40, has lived in Martinsville since he was 5 years old. Drake has been publicly outcast for speaking out against Coryell. He was blamed by Coryell and others on Facebook and in person for sending the photos of Coryell in blackface to Fox 59, even though he said he didn't.

Drake has biracial family members and said he fears for them being in Martinsville. He said the backlash was a large part of why he and his family are moving to Pennsylvania this year.

Drake said he believes the city needs a mayor that stands for all its people, not just those they think deserve it.

Drake recognizes that Coryell has done many good things for families in Martinsville, such as food drives and fundraisers. But Drake believes they were done to gain attention.

Drake said he feels like he doesn’t belong in Martinsville anymore.

“We can’t continue to fight for something we love that doesn’t love us back,” Drake said.

In a video in February, Coryell said he owned what he posted. He recognized the costume was insensitive and said he didn’t know the connotations of blackface.

“I apologize if it offended people,” he said in the video.

Some believe since Coryell “owned” the photos he has gained more support.

Despite this, others believe he knew what he was doing and that he shouldn’t be a mayoral candidate.

Coryell’s daughter Devin Coryell, a freshman at IU, said she can’t believe her father is still running for mayor.

Devin Coryell said she has not been close with her father in a long time. She had no idea Coryell posted photos of himself wearing blackface. She was blocked on Facebook at the time because her parents had just gotten a divorce.

Devin Coryell found out about the photos of her dad Feb. 7, and the next day she told him and his campaign she could no longer support them. Soon after, people began to reach out to her.

When she posted on Facebook about how she couldn’t support her father, people attacked her in the comments, accusing her of going against her family.

“With how he’s been acting and the stuff he’s done, I don’t think he should be mayor,” Devin Coryell told them in a Facebook comment.

Devin Coryell and her friends were told by Coryell’s followers and friends they were part of the problem, not her father. Some of Coryell’s followers changed their profile pictures to photos of people in blackface with the caption, “Just for you crybabies.”

“I was confused, whenever I was being attacked for saying blackface was wrong, I was like, what?” Devin Coryell said. “Like, anywhere else, that would be right. It just doesn’t make sense.”

Her father's apology disappointed her. In the video and in several posts he said he was going to use this as a learning opportunity. He said he hoped to be able to educate others on similar issues, but he hasn’t done any of that so far.

Devin Coryell said she has worked hard to not have the same image as her father.

“Growing up, you’re instilled with those beliefs,” Devin Coryell said. “But I feel like I tried to educate myself to become more inclusive and not be racist and stuff.”

This story has been updated with a screenshot of the Facebook post from 2014 of Coryell dressed as Mammy from "Gone With the Wind" from the previous Halloween. 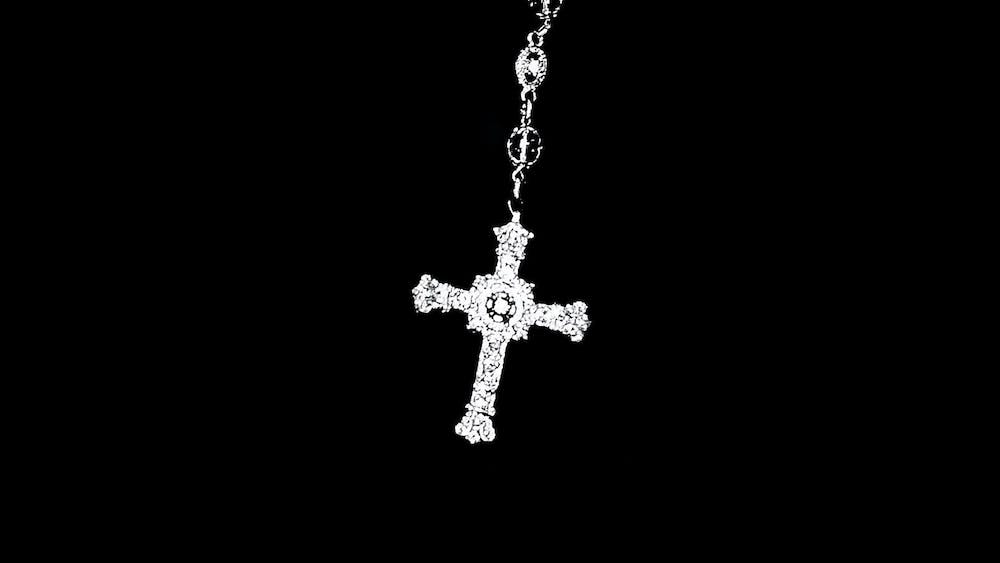 "A crisis of faith" 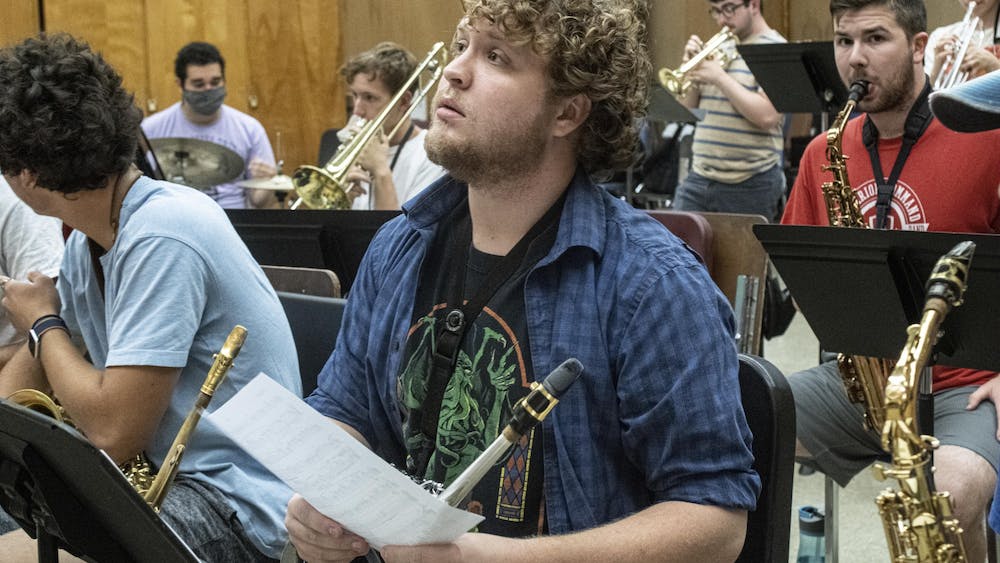 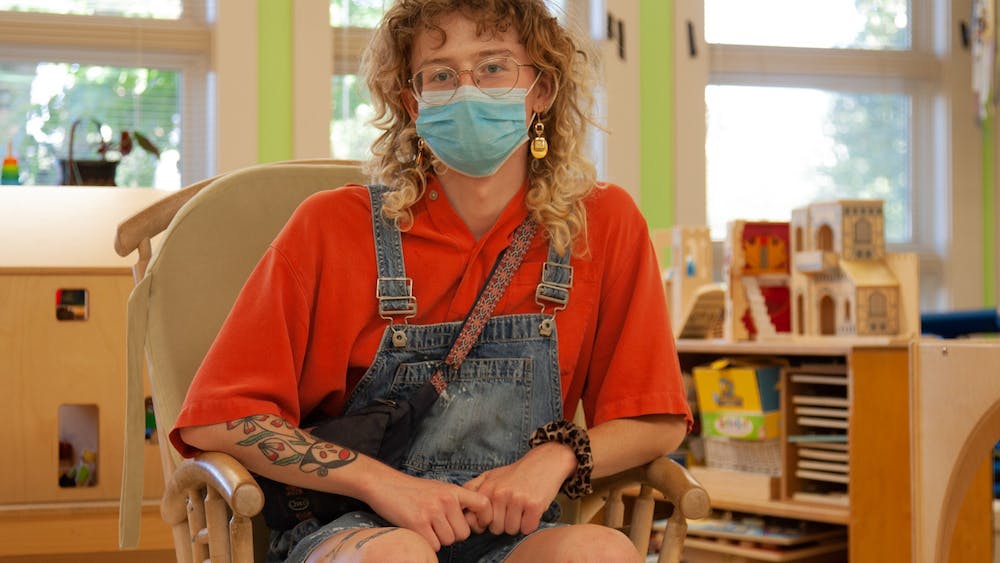