Contributions from IU bench players increase during loss at Iowa

Much of Friday’s overtime loss to Iowa at Carver-Hawkeye Arena felt familiar to IU coaches, fans and players.

A lack of late-game execution, along with the Hawkeyes making 3-pointers in crucial moments, helped create what’s now becoming the standard outcome for the Hoosiers: a loss.

But IU’s 12th loss in the last 13 games featured at least one departure from the norm of IU's horrid run of form in Big Ten Conference games.

The Hoosiers received significant, and effective, minutes from bench players.

“In particular, our frontcourt bench did a really good job of getting us to halftime,” Miller said.

IU’s two best frontcourt players, forwards senior Juwan Morgan and junior De’Ron Davis, were both relegated to spots on the bench after picking up two first-half fouls each.

This meant a player like Fitzner, who had a total of 10 points in his last 11 games played and didn’t even play in last week’s home loss to Purdue, would have to make some kind of positive offensive contribution.

Fitzner delivered with his highest scoring output in 88 days, as he made five field goals and scored 11 points. It was only the fourth time in his IU career that Fitzner scored double-digit points.

“Evan was really really important in the first half, being able to crack the zone a little bit,” Miller said. “He gave us some high-post presence and scored.”

Miller also singled out forwards redshirt freshman Race Thompson and freshman Jake Forrester as bench players who were able to “mix it up” for the Hoosiers during spells without Morgan or Davis on the floor.

The 11 minutes played by Thompson were a career-high, and Forrester made an appearance on the court for just the fifth time in conference play. IU Coach Archie Miller may have signaled a shift toward playing younger players more as the season winds down.

Of course, certain factors will go into Miller's decision, be it the amount of faith he has in his bench to perform well, or be it the health of IU's players.

Consistent bench production -- via rebounding, scoring or basic hustle plays -- has been a missing quality throughout the course of the season for the Hoosiers.

Friday night in Iowa City, Iowa, showed even when IU's bench players positively contribute, there isn’t necessarily a direct correlation between that and winning games.

But with this season too late to salvage, the way Miller is set to divide the bench minutes in the final four regular season games may point toward his plans beyond this March.

“All our bench players come off the bench, and they’re ready to play,” Davis said. 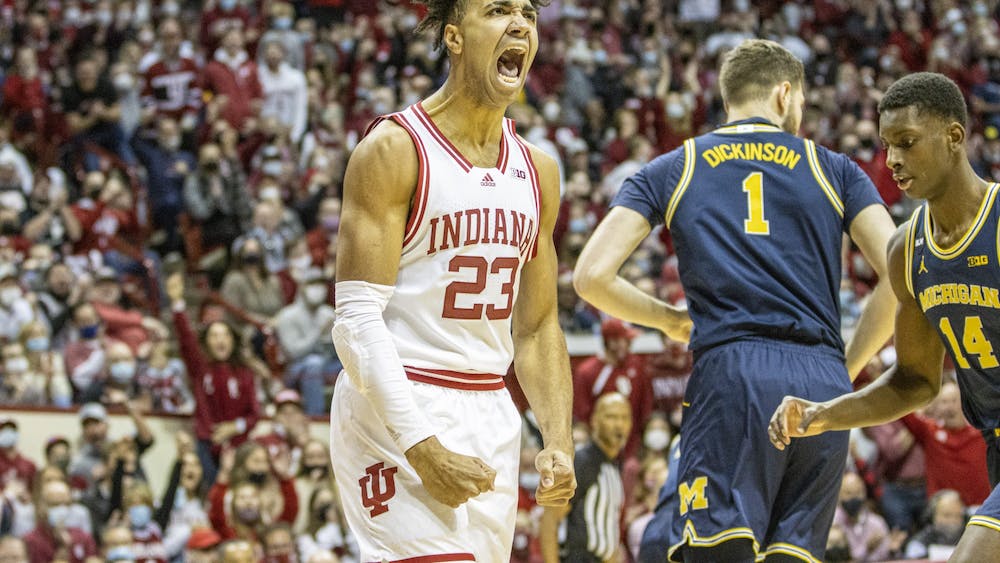 Indiana college students given the chance to compete for $5000