A total team effort was going to be necessary for IU to fend off the last place team in the Big Ten.

“Freshmen, they go through ups and downs and good starts, bad games,” IU Coach Archie Miller said. “That’s what a freshman season is. But moments like tonight, hard-fought win where guys making winning plays, they stick with you.”

Sophomore guard Devonte Green, who had started the past few games, was ineffective and left the game with over nine minutes to go with an injury. With Green not playing as well as he had in recent weeks, the Hoosiers turned to Durham to increase his production.

“We came in and we just do what we do every day in practice,” Durham said. “We go hard, we compete, we always have our teammates backs. So, I feel like we didn’t do anything out of the norm.”

Playing one of his best games of conference play, Durham finished with 14 points on five of six shooting. His 14 points were one less than how many points he has scored in the past four games combined. He tied his career-high in field goals with five.

In recent weeks, Durham’s playing time had fluctuated greatly, playing as much of 20 points to as little as eight minutes. While his minutes have varied throughout the season, his approach has not changed.

Coming into the game, Durham was shooting 25-percent from three-point range, but showed certainty in his shot against Illinois. He made both of his attempts from three Wednesday and has made five out of last 10 three-point field goal attempts.

“Nothing’s changed, I’ve just been working with my coaches and my teammates,” Durham said. “My teammates and coaches have always had confidence in me. Nothing’s really changed, it’s just they’re falling now.”

Just like Durham, Smith’s role has vacillated throughout the season. Smith has started multiple games, while also coming off the bench for others. However, since scoring 12 points in a victory over Maryland on Jan. 22, Smith hadn’t scored more than six points until he scored 13 against Illinois.

Against the Illini, Smith went five of seven from the field and had three rebounds.

As the final stretch of the season heats up, Smith and Durham appear to have figured out how to play in Miller’s defensive scheme.

“I’ll just say having experience playing the defense,” Smith said. “Now that we’re able to get game reps and practice reps, we’re able to see how things are maneuvered throughout the defense. We’re just getting more comfortable in the defense.”

Durham said learning from mistakes has helped them grasp the defense and play at the level they are right now.

They haven’t been asked to play huge roles for this year’s team, but both freshmen will take a lot from moments like tonight into the future as they continue to grow and develop.

“That’s how you learn to win,” Miller said. “And these are experiences that will help them develop into really good Indiana players.” 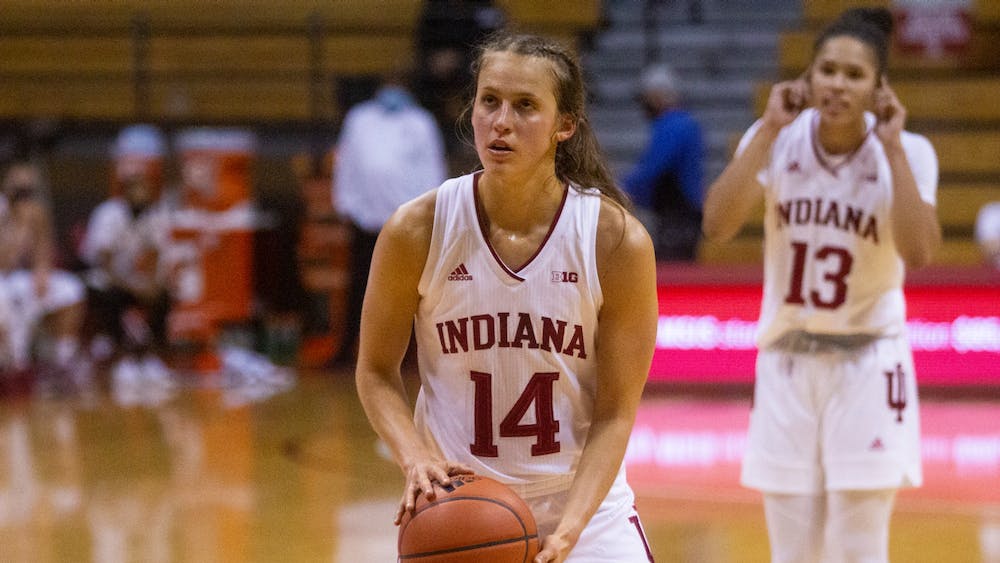