After losing two of their first three Big Ten series, the Hoosiers needed to build on the upset series victory against Minnesota last weekend, but the next opponent was the Michigan Wolverines in Ann Arbor, Michigan.

Michigan had won 13 of its last 14 games when it welcomed IU into the historic Ray Fisher Stadium, where the Wolverines had gone 17-2 in 2017.

It only took two pitches for the Hoosiers to set the tone, though. Senior second baseman Tony Butler hit a leadoff home run to start the series. IU built off the quick start by using an any-way-possible mentality to win the series, 2-1.

For game one, IU won with solid pitching. Sophomores Jonathan Stiever and Tim Herring combined for nine innings and shut out Michigan, 1-0. Stiever tied his longest outing of the season with seven innings pitched and tied his season-high in strikeouts with seven. The ace allowed just six hits and a walk.

Herrin came into the game in relief similarly to the series finale against Minnesota. Taking on just a 1-run lead, the sophomore pitched the eighth and ninth innings and didn’t allow a hit.

IU’s bats took over in game two, and the Hoosiers racked up 16 hits to beat the Wolverines, 12-9.

Junior pitcher Brian Hobbie pitched three innings to start and allowed seven hits and four runs before being relieved by freshman Cal Krueger, who allowed three hits and a run. Lloyd came in for the save with two outs left and didn’t surrender the lead.

After 18 innings without a Michigan lead, the Wolverines jumped on sophomore starting pitcher Pauly Milto for a 4-run lead in the first inning of the series finale.

Miller hit a 2-RBI double and a solo home run to bring his RBI total to six for the series.

The Hoosiers added two more runs in the eighth and ninth innings, but it wasn’t enough to finish the sweep. Michigan won the series  finale, 12-5.

With the series win, IU pushed its conference record to 8-6-1 and is now third in the Big Ten behind Minnesota and Maryland. IU will take on the Terrapins next weekend in a 3-game home series. 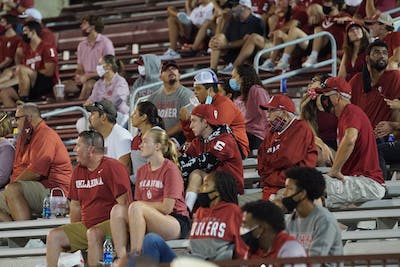