The Office of the Provost, IU Communications, the Political and Civic Engagement program and the Department of Political Science are collaborating to encourage students to register to vote and get to the polls in November.

These initiatives are part of the national ALL IN Campus Democracy Challenge for the 2016 general election. ALL IN is a national program that recognizes colleges and universities committed to improving democratic engagement, increasing student voter participation rates and graduating students with a lifelong commitment to being informed and active citizens, according to the Provost’s website.

“I do believe that is one of the central roles of a college education is to instill a sense of civic responsibility,” said Mark Fraley, chair of the Democratic Party of Monroe County. “I’m really pleased to see the Provost’s office taking it seriously.”

The university has a nonpartisan perspective in contrast to the Democratic and Republican groups who want to identify and recruit potential voters for their respective parties, Fraley said.

PACE and the Provost’s office will also host Walking Wednesdays, which will organize students to walk together to the polls every Wednesday to vote early beginning Oct. 12 and leading up to the day of the election.

Informing students about the registration process and making it easy for them to vote early will hopefully increase participation, assistant professor of political science Bernard Fraga said. For those who have a driver’s license, the registration process takes only five minutes and can be mailed in, done online or through the Indiana  Voter’s App.

“I hope that, because of these programs, that any student who is interested in the election or exercising their civic duty knows how to do so, and that it’s as easy as possible,” Fraga said.

There is a consensus among academics that if it is easier to vote with fewer barriers and steps in the process, voter turnout will increase, Fraga said.

Fraga also hopes that holding organized events such as Walking Wednesday will change the dynamic around voting as well.

William Ellis, chairman of the Republican Party of Monroe County, said he hopes these efforts push students to not only look at the national election, but the local election.

“I want to decrease voter apathy and get them more involved from the bottom of the ticket to the top,”  Ellis said.

The overall goal of these efforts is to create momentum and to encourage students to be politically involved long after they leave IU, Fraga said. 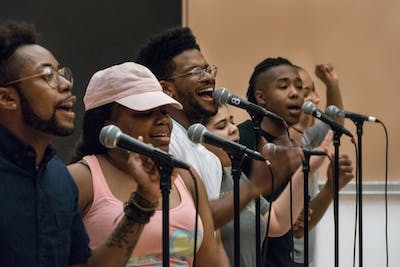