From Bloomington to Rio

The closing ceremony Sunday marked the end of the 2016 Summer Olympics in Rio de Janeiro. Fifteen Hoosiers competed for seven countries in the games and won a total of eight medals. Two IU coaches, Drew Johansen and Ray Looze, also made the trip to Brazil. 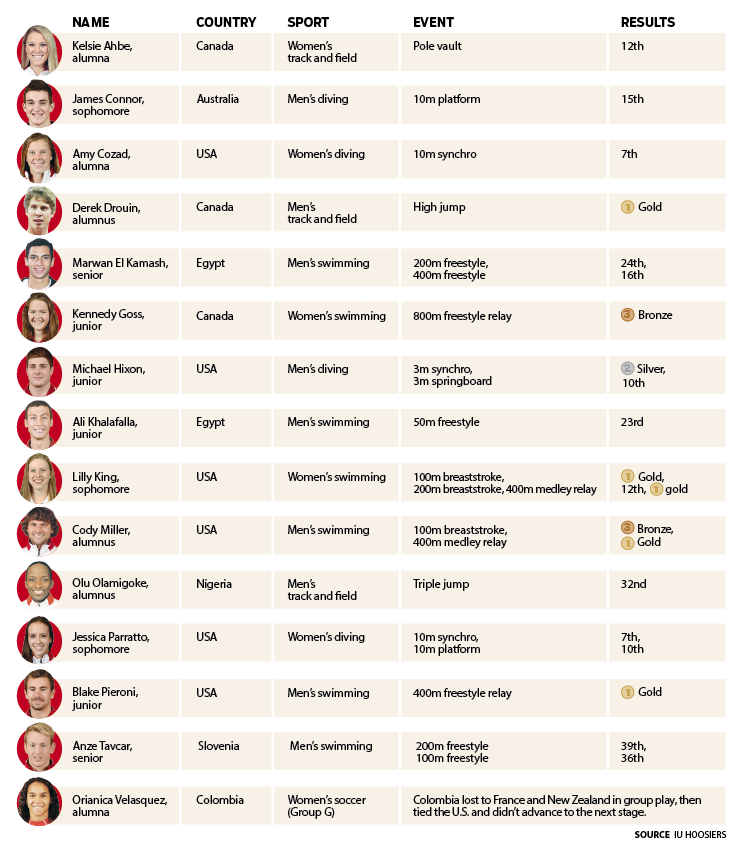 If IU were a country

If you rank a country’s medal count by most to least gold medals, then comparing silver and bronze, IU would fall at No. 19 on the list of countries between Cuba and New Zealand for this year's games. 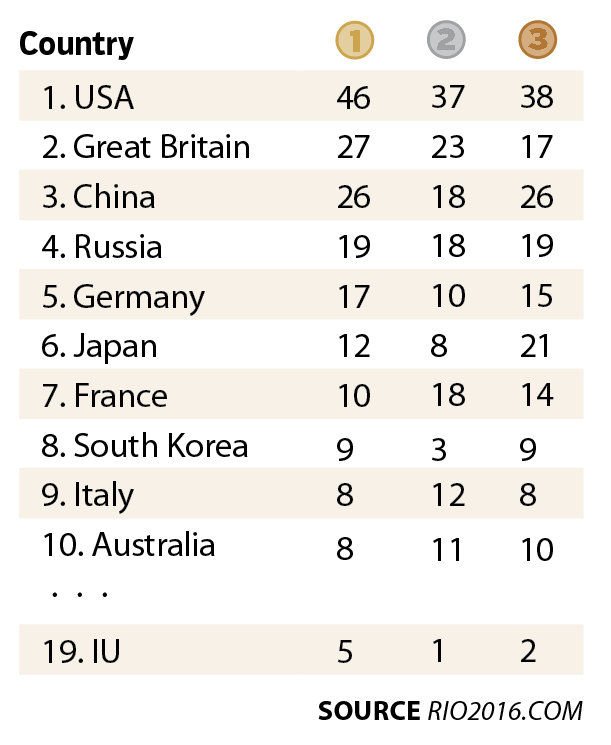 Not all Hoosiers compete for Team USA. An all-time total of 25 countries have been represented by IU. Included on this list are Egypt and Slovenia, which were added after this year’s games.

Although IU has sent the most all-time athletes into the Olympics as swimmers and divers, the school has also produced one athlete who competed in the modern pentathlon. What’s that? Just a combination of running, swimming, show jumping, fencing and pistol-shooting. 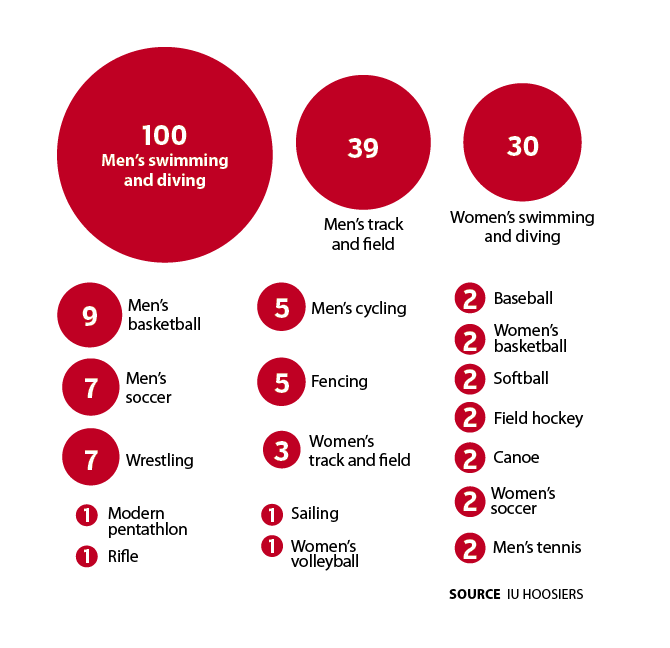 No. 13 Indiana water polo to host the Hoosier Invite this weekend in Bloomington

COLUMN: Indiana women’s basketball’s win over Ohio State was something out of a fairytale

No. 13 Indiana water polo to host the Hoosier Invite this weekend in Bloomington

COLUMN: Indiana women’s basketball’s win over Ohio State was something out of a fairytale

IU to change compensation, cut health care for some College of Arts and Sciences graduate workers

OPINION: Bloomington is not a progressive paradise