The boys are only pretend fighting.

Most parents would probably ignore the spin kicks through the air, the spit-filled mock sword sounds. But Shawna Ainslie watches carefully, keeping an especially close eye on Noah, her oldest child with dark eyes and shaggy brown hair.

And for good reason. Soon, her 7-year-old son, Gabriel, makes accidental contact. Not enough to harm his 10-year-old big brother, but enough.

Shawna looks on as Noah’s body goes rigid, arms sticking firmly to his sides. Tilting his head forward, he looks up through heavy bangs at a wide-eyed Gabriel. For the smallest moment, everyone is silent and still.

And then he lunges.

Shawna catches Noah mid-step as Gabriel automatically reaches for his 3-year-old sister’s pudgy hand and leads her into another room and shuts the door behind them.

Shawna’s tired eyes stare out the window while the 4-foot-9 boy continues to strain against her arms.

As a child with high-functioning autism, Noah has little control over the anger pouring out. Years of aggressive tantrums lasting three hours or more have taught the mother that she can’t do much but wait.

It’s been months, even years, of waiting for something that could make the anxiety-triggered outbursts manageable. The parents have tried music therapy, play therapy, speech therapy, cognitive behavioral therapy, and still Noah’s anxiety manifests in kicks and screams.

As time has worn on, Shawna’s watched her family inch closer to its tipping point.

It seems they may only have one last thing to try, and in a few months it will arrive. A small, four-legged puff ball to tug Noah, and his family, away from the edge.

Autism is a brain development disorder that affects one in every 68 children in America, a tenfold increase from 40 years ago, according to Autism Speaks.

On the higher end of the spectrum, people with autism might have trouble making eye contact, straying from their routine or interpreting social cues. They are often overly sensitive to their environment, which can result in severe anxiety and socially inappropriate reactions.

The use of service dogs to assist people with autism is a growing trend, according to the National Service Animal Registry.

Though the Assistance Dogs for Autism group reports the pets have been found to help with social interaction, redirection of repetitive behaviors, independence and calming anxiety, training these animals specifically for people with autism only began 16 years ago.

It’s a new form of therapy, but after months of Shawna’s in-depth research, she thinks it might be just what Noah needs.

In any home, there is a line between good touches and bad touches. In the Ainslie family that line is more distinct and important.

Noah hoisting his sister on to his back, dancing to a Katy Perry song: good touch.

Noah pulling at his own hair: bad touch.

The children snuggling into their mother’s lap: good touch.

Shawna holding him close, hoping the pressure will ease the pain: good touch.

It’s these points of connection that can either comfort or harm. They’re the reason the family needs to be together and also the reason they’re being torn apart.

Meeting the Ainslies for the first time, the puppy doesn’t look like much.

His curly white fur is too thin to keep him from trembling. He walks goofily on oversized paws and rarely makes a peep. His long snout sniffs curiously at the boy holding him, and he demurely begins to follow wherever the boy leads.

At 5 months old, the dog doesn’t quite resemble his namesake, a giant flying bison from the cartoon “Avatar: The Last Airbender.” The onscreen Appa is fiercely protective. He accompanies the young boy who he’s bonded to at all times, makes him laugh and scares away anyone who threatens his safety.

The name suggests Noah expects as much from this new companion. He said he imagines this Appa will shield him from the crushing pressure of people, sounds and societal expectations. More than that, though, Noah expects this very small, very real Appa to help protect him from himself, he says.

There are lots of things that are frightening or overwhelming to someone with autism.

The man in the park who yelled at Noah for saying bad words, causing Noah to scramble up a slide and defend himself with a stick until Shawna could coax him down.

The security guards who found Noah in the toy aisle at Target after he had wandered away from his mother. Unexpectedly approached by the strangers, Noah sat and screamed until Shawna followed the noise and comforted him.

The teacher who reprimanded a student in a way Noah couldn’t perceive as fair. Though he doesn’t remember running around the playground wildly, yelling threats and frightening the other children, he does remember being suspended for what Gabriel called “like the 500th time.”

The birthday party at Chuck E. Cheese’s, where a deluge of purple lights, loud music, people and heavy pizza smells didn’t stop Noah from having a good time with friends. He kept his stress at bay until he got home, where he screamed for hours and denied Shawna’s attempts to give him food, water or a hug.

“It’s just so hard pretending to be normal,” he said to her.

Often what frightens Noah most is what’s happening in his own head.

After his episodes he’ll sometimes apologize profusely. Scared of his actions, he’s felt powerless against the persistent, angry, self-deprecating thoughts.

His parents have now temporarily pulled Noah out of school. He feels more comfortable in his brightly colored living room.

Here, the air smells of oranges, cinnamon and clove. The floor is littered with empty birthday bags and jackets, and jelly beans sometimes spill from the couch.

In his pajamas or his underwear, Noah is able to sit quietly and comfortably, but still the bad thoughts darken his mood.

He fights them off in whatever way he knows how. He locks his family out of the house, he distances himself from his siblings, he dances to thumping dubstep to release tension, he clenches his fists, furrows his brow and inhales sharply. Still the negativity overpowers him.

“I wish I would die,” he tells his mom. “People should hurt me.”

Noah’s a funny kid and appreciates wit, Shawna says, but now it takes her a while to remember the last time he really laughed. Both of them think Appa can change that.

“It will probably help me feel better,” Noah said of his dog’s arrival. “Like right now, if the dog were here, I’d just play with it or snuggle it and I’d have something to do that would genuinely make me happy.”

The parents are reluctant to consider the more drastic options, the last resorts that would become necessary if they felt they could no longer keep their other children or Noah safe. They hope with Appa’s arrival, those unspoken possibilities will become irrelevant.

“We couldn’t be more excited to connect with our furry companion, especially as Noah has a particularly dour outlook of late,” she types. “He needs an intervention.”

She tells her readers that they are still in need of donations to pay for the expensive service dog training. They haven’t even raised half of the money they need. She assures them that it is a good and important cause.

“Without your support, this couldn’t be a reality,” the post ends. “Now excuse me while I do a Snoopy dance.”

Inside the magic marker-covered walls of their daughter River’s bedroom, Shawna and her husband Nathan are playing a card game with her before bedtime.

Dressed in his pajamas, Gabriel comes in. Then Noah joins the game too.

The cards are strewn between the five family members when Appa’s head pokes around the corner. Tail wagging, the dog prances through the group, scatters the cards, turns around and takes a seat in the open spot.

“And it was just the six of us sitting in this circle,” Shawna says, “And it was perfect.”

Where Noah goes, Appa shadows him. He guards the door as Noah showers. He dances along as Noah shimmies to dubstep, and when Noah sits, he tucks his body into the space between Noah’s back and the couch.

He follows quietly as Noah and Shawna go to Target. Noah remains uncharacteristically calm and agreeable, so the group makes its way to a post office. Noah is still feeling fine as they go on a third errand and a fourth.

“A cumulative relaxation effect,” is how Noah describes what Appa brings him.

With Appa in his bed or outside his bedroom door, Noah sleeps longer. He feels safe enough to wear headphones, something he’s never done before. He feels comfortable enough to put on real clothes, and even dons socks for what Shawna estimates to be the first time in about a year.

Noah is not the only one touched by the dog’s presence. Appa wakes Shawna in the middle of the night when she’s having a bad dream. He helps Noah stay patient enough to play for long stretches with his sister, to teach her exactly how to work a particular video game. The house is even messier now, due to a lack of Shawna’s stress cleaning.

Even with Appa, though, Noah can still be triggered by the smallest of things.

Standing in the living room now, his body is vibrating in an all-too-familiar way. Leaning forward, he frowns and cries and Shawna braces for a screaming meltdown.

Squaring up, the son and mother ready themselves for an onslaught of emotion sure to make both of them miserable. But this time is different.

Slicing through the tension, a fluffy white paw bats the boy’s leg.

And then she can hardly believe it. Her son starts laughing.

April 28, One month with Appa

Not only does Noah accept contact with his family, he seems to enjoy it. He seeks out hugs, and his parents have stopped overseeing play fighting.

It seems touching is one trigger Appa has already disarmed, Shawna says.

Noah even sees the changes in himself. 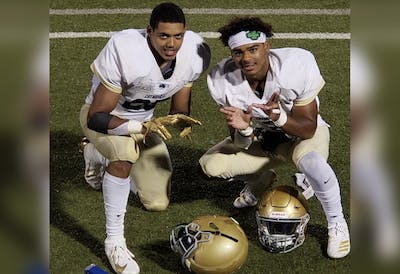 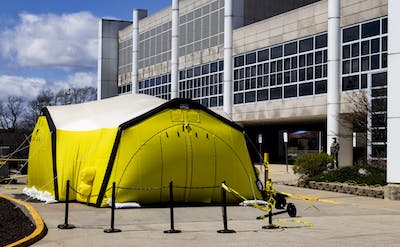