When Rabbi Brian Besser thinks about the environment, a rowboat comes to mind.

It’s a story from the Talmud, the Jewish sacred text. In it, there’s a lot of people sitting in a rowboat, and one man at the end of the boat starts to drill a hole under his seat. All of the other passengers are horrified and ask him why he would do such a thing. “Why do you care?” he replies. “It’s my seat.”

It’s stories such as this one that draw people from many different faith traditions across Indiana to work together to care for the environment through programs like Earth Care Hoosier, an environmental nonprofit for religious organizations, and the Southern Indiana Renewable Energy Network.

“We’re all in this together,” said Besser, the rabbi for Congregation Beth Shalom. “We all live on this Earth, and we Jews believe that God entrusted man with the responsibility to conserve it.”

It’s for this reason Besser’s congregation, along with five other congregations in Indiana, installed solar panels at their places of worship in 2013. They were able to do so with money received through the Indiana Office of Energy Development’s Community Conservation Challenge grant program. Now other Indiana groups are following in their ?footsteps.

The Office of Energy Development announced Tuesday the Center for Sustainable Living, a Bloomington-based nonprofit, will receive a $99,989 grant to fund more solar projects for congregations across the state.

The Center for Sustainable Living is a group dedicated to promoting environmentally friendly practices throughout the Bloomington community. It serves as an umbrella organization for other eco-conscious groups.

“It’s about mutual support,” Rhonda Baird, the board president for CSL, said. “When we work together, we’re really able to add momentum to the solar movement in Indiana, plus the first round of panels was received so well that the board immediately approved the idea to apply again.”

The first six congregations from 2013 have reduced energy use in their places of worship by an average of 34 percent, Madi Hirschland, Earth Care Bloomington’s founder, said.

“As part of the grant, the congregations commit to reducing their electricity and natural gas use by 25 percent or more and engaging at least a third of their members to take actions that would reduce the household energy use of a typical Hoosier household by at least a seventh,” Hirschland said.

Trinity Episcopal Church, another 2013 recipient in Bloomington, now saves around $2,500 a year from the 72 solar panels on its roof.

“About one-fourth of our energy costs are now covered by the panels,” said Ben Bradson, an IU professor of physics and member of the church. “I think the impact on the church is very positive. The congregation is beginning to really take an interest in sustainable living and how they can reduce their energy use at home.”

Bradson said other congregations with panels have been able to cut their energy costs in half. He estimates their panels will continue working for about 25 to 30 years.

Twenty congregations across Indiana are now committed to the energy objectives Hirschland described. They include Jewish, Muslim, Protestant and evangelical groups, among others. This year solar panels will be purchased for five congregations of different faith traditions. Only one of those is in Bloomington, a Quaker church called Bloomington Friends Meeting.

“One of the greatest possibilities from this is being able to bring these different groups together and realize that we all have the same goals,” Bradson said. “This environmental work has the potential to bring people out of conflict to share resources and ideas in a way that’s very powerful.” 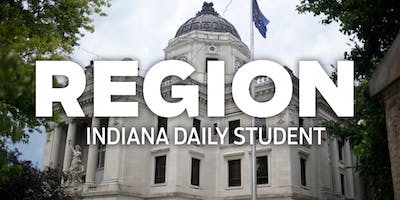 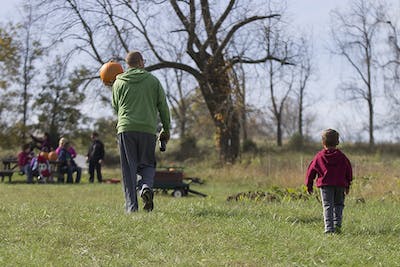 The 2015 pumpkin shortage is manifesting in a menu change for Sugar & Spice in the Union.