IU adopted a new sexual assault policy Sunday that illustrates the prohibition of all forms of sexual harassment and sex- and gender-based discrimination, which, includes rape, sexual assault, dating and domestic violence, sexual exploitation and stalking.

The policy serves to provide information on how to report sexual misconduct allegation, information on resources and assistance, and procedures on addressing assault reports, according to an IU press release.

“This was a cooperative effort that was given a lot of thought and time to plan,” she said. “Most effort went into how we wanted to protect the rights of victims, how to make sure they get the right care and how to protect the due process rights of the perpetrator.”

Simmons said the policy will act as a road map for everyone involved with sexual assault cases. It will provide information about the process and how it’s carried out. She also said implementing the policy was important for the nationwide issue in general.

“Part of it was the whole national discussion of sexual assault on campuses and how important the issue is for everyone to be aware of,” she said. “The federal government had put out guidelines as to what sexual assault policies should include. Our campus wanted to do more with it.”

According to the press release, the policy was installed with the ultimate goal of creating a safe and supportive environment for students, faculty and staff.

“Indiana University is thoroughly committed to the safety and well-being of all members of the university community,” IU President Michael A. McRobbie said in the press release. “This policy makes clear that we take sexual misconduct very seriously and that we will respond promptly and appropriately when misconduct is reported. The staff and faculty who worked long and hard to create the policy deserve our thanks.”

Counseling and Psychological Services at IU hosts help sessions through their Sexual Assault Crisis Service for assault victims. Director Nancy Stockton said the policy should have a positive effect on victims’ outlooks.

“It should make victims feel more comfortable,” she said. “Knowing the University is looking after their best interest and following cases up as robust and fair as possible will make a difference.”

Chief Student Welfare and Title IX Officer Emily Springston said in the press release there was a need for a policy that better spoke and informed the community about sexual misconduct.

“In addition to providing clarity for students, faculty and staff, the policy demonstrates our commitment to complying with all federal and state laws and guidelines on sexual misconduct,” she said in the press release. “It ensures most importantly that we are collectively responding to reports in a prompt and effective manner.”

The role of University employees reporting incidents of sexual misconduct is also included in the policy, as well as the IU Police Department for addressing them, according to the press release.

Simmons said the new policy will hopefully encourage sexual assault victims to come forward because they will be more knowledgeable about its features.

“They will know what the process of carrying out a sexual assault case looks like and how it’s handled,” she said. “We want to further encourage students to take a stand.” 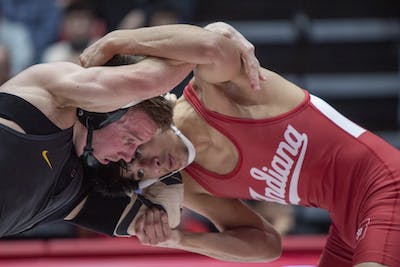 IU wrestling secures first win of the season behind Streck

The Hoosiers defeated Maryland 19-16 on Sunday. 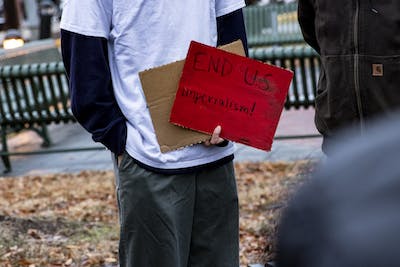 The organizers took turns speaking about different effects of imperialism. 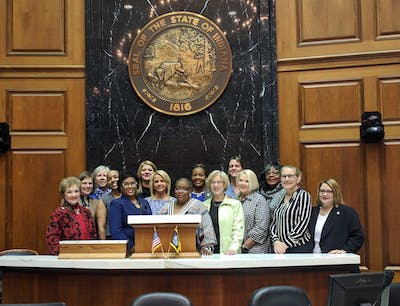 The legislators assembled a collection of bills that would benefit women, mothers and working families.