Rolling out of bed on a late Friday morning, IU senior Arielle Moss woke up with a mission — a mission to raise awareness of domestic abuse and sexual assault.

Moss, president of the student chapter of the Middle Way House, partnered with a dance advocacy group, Movement Exchange, to join of the global movement One Billion Rising in efforts to demand justice and change for the one in three women that will be abused in their lifetime.

Around 35 participants surrounded the entrance at 12:30 p.m. Friday at the Sample Gates, some holding signs and T-shirts with phrases like “Stop domestic abuse” and the motto of One Billion Rising, “Drum! Dance! Rise!”

Participants performed a short, two-minute dance tribute focusing on the empowerment of women. The dance involved a song montage, provided by Pizza X, of girl power favorites such as “Respect” by Aretha Franklin.

One Billion Rising is the biggest mass-action attempt to end women’s violence on a global scale. Started on Valentine’s Day 2013, the organization allowed people across the world to come together to express their outrage, to strike, to dance and to rise in opposition of injustices women suffer in today’s age.

“This is an amazing testament to the power of dance and revolution within people,” Moss said.

“We consider ourselves dance advocates,” Alex Rhodes, president of Movement Exchange, said. “We want to use the power of dance to empower change.”

Movement Exchange is also a global organization with its main mission to foster cross-cultural social change with any demographic. The IU chapter traveled to South America over winter break to teach children in impoverished towns various dances to help them express themselves in a different way.

The participants ranged from Middle Way House volunteers and past victims of sexual abuse to Movement Exchange members and those who just wanted to stand with this powerful cause.

“Being in a flash mob is on my bucket list and I thought this was the best way to check it off,” IU sophomore Nina Schalk said.

Following the dance, participants had the opportunity to hear from Evelyn Smith, the Middle Way House representative, and learn more about local volunteer opportunities focused around the cause of women’s safety.

“We don’t need heroes, we don’t need saviors, we need people that just stand up for the truth,” Smith said. 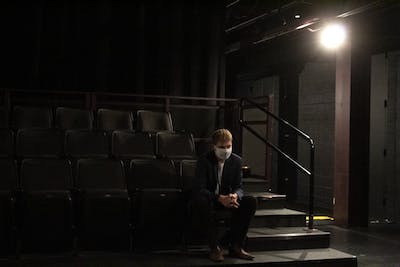 IU found a professor sexually harassed a freshman, allowed him to continue teaching

After IU found a ‘concerning pattern,’ another student reported the professor for sexual harassment.

Many on-campus students required to quarantine do so at Ashton Center.

IU football earns highest AP Poll ranking since 1993 at No. 17

IU was ranked last season for the first time in 25 years.