The U.S. House of Representatives Committee on Science, Space and Technology is looking into a grant awarded to IU from the National Science Foundation.

The controversy centers on an IU government-funded research study called the Truthy Project.

The Truthy Project, officially titled Meme Diffusion Through Social Media, aims to research how memes spread through social media. The project is being investigated by the Rep. Lamar Smith, chair of the U.S. House committee on Science, Space and Technology.

“The government has no business using taxpayer dollars to support limiting free speech on Twitter and other social media,” Rep. Smith said in a press release. “While the Science Committee has recently looked into a number of other questionable NSF grants, this one appears to be worse than a simple misuse of public funds.”

The NSF originally awarded the grant to IU in 2011 for a sum of $919,917 to study the diffusion of information on the internet.

In addition to its grant from the NSF, Truthy is also receiving a grant from the the James S. McDonnell Foundation, a private organization that supports science education.

“Commissioner Pai does not believe that this is an appropriate use of tax payer dollars,” Pai’s chief of staff Mathew Berry said. “That federal tax payer dollars should not be used for the purpose for the evaluating the partisanship of American’s Twitter accounts.”

Berry said the research for the Truthy Project was all politically biased and taxpayers should not be funding a project that unfairly targets conservatives. Berry said the FCC is not officially getting involved in the matter.

“It’s difficult to begin to unpack people’s opinion about this,” Truthy Project principal investigator and professor Johan Bollen said. “Because their opinions seem to be based on a variety of blog post and press reports that are largely unsubstantiated and don’t actually match what the project is and does.”

Bollen rejects any assertion of a political agenda and said he and his colleagues use algorithms to track all types of memes, not just political ones.

So far the research from the Truthy Project has yielded results on whether Twitter influences elections, the geographical trends of the social networking site and how social bots — fake Twitter accounts — spread ?information.

Bollen said the project is scientific and has no interest in making a value judgment on political speech.

“We don’t focus on political information,” he said. “We focus on any information that happens to be prevalent.”

According to the project’s grant proposal, the research collected from Truthy could be used to “mitigate the diffusion of false and misleading ideas, detect hate speech and subversive propaganda and assist in the preservation of open debate.”

The project’s website also states that the research from Truthy could be used to, “aid people in recognizing misinformation such as harmful rumors, smear campaigns, astroturfing, and other social media abuse.”

Rep. McCarthy said in a blog post on majorityleader.gov that the Truthy project is a danger to free speech.

“What they don’t seem to realize is that the government funding a program to ‘mitigate what it sees as ‘the diffusion of misleading ideas’ is directly contrary to open debate and a free society,” McCarthy said on his website.

Bollen said the project’s goals are taken out of context. Bollen said IU was required to speculate on how the research from the grant could be used.

“We’re essentially saying that results could be used by third parties to perform those kind of analysis, but that’s not what we’re necessarily doing for this grant,” Bollen said.

Two activists spoke on a panel for a Neal-Marshall Black Culture Center event.

The presentation was a part of the Indiana Remixed Festival. 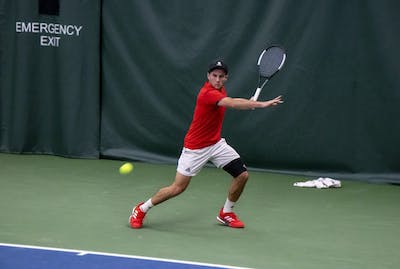 The Hoosiers are 8-2 in their previous 10 matches against the Boilermakers.