The Indiana legislative session ends Friday. Here are updates on some of the bills that have been moving through the legislature.

Senate Bill 229 would allow guns on school grounds if they are locked in cars.

Students would not be allowed to possess a firearm on school grounds unless they are a member of a shooting team, in which case they would need to receive permission from their principal.

The bill removes a part of the law making possession of a firearm on property that is being used by a school for a school function a felony.

It also includes a provision making it a class A misdemeanor if the firearm is in plain view inside the vehicle.

The bill was returned to the Senate with amendments from the House last Monday, which the Senate dissented from last Wednesday.

The House and Senate are still negotiating.

Among other things, Energizing Indiana provides recommendations to homes and businesses on decreasing energy consumption.

The bill would also keep the state from requiring utility companies to meet energy efficiency goals.

After passing the Senate with the House’s amendments 37-8 Monday, the bill heads to Gov. Mike Pence for a decision.

Senate Bill 227 gives increased immunity to people calling 911 under the influence of alcohol.

A person would be immune to arrest for alcohol offenses if he or she is the victim of a sex offense or is reporting a crime. Current law already provides immunity for people calling for medical emergencies.

The bill also provides police and prosecutors the option not to arrest or file charges against a person under the influence of illegal drugs who was caught because they made a 911 call for a medical emergency.

The Senate unanimously passed the bill with the House’s amendments Thursday, so it will go to Pence.

This version of the bill passed the Senate 44-5 on Feb. 27. The bill originally created a pilot program for preschool vouchers for low-income children.

Pence pushed for the voucher program and testified before the Senate Education and Career and Development Committee in support of it Feb. 12, the first time he had testified for a bill as governor.

The House dissented from Senate amendments last Tuesday, so it is still
in negotiation.

The House version of the bill would require tests when an individual applies for assistance and annually while the individual receives the assistance.

It also restricts using the benefits to buy any food that is not permitted under the Supplemental Nutrition Assistance Program.

The Senate passed the bill 34-14 last Tuesday, and the House dissented from the Senate’s amendments last Wednesday, so the bill is still in negotiation.

The part of the bill dealing with how same-sex couples file taxes was added by the Senate after the House had already voted.

The bill was returned to the House with amendments last Tuesday, and the House dissented Wednesday. It is still in negotiation.

The current plan allows counties the options to decide which cuts to implement.

The bill passed the Senate 35-15 last Tuesday, and the House dissented last Wednesday. It was discussed in a conference committee Tuesday. 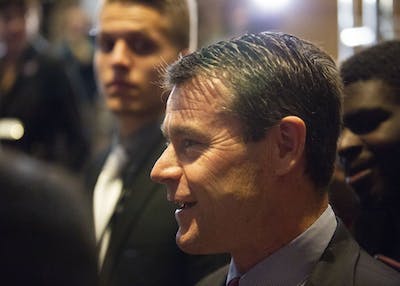 Indiana Senator calls on US to address crises in Myanmar

Indiana has a strong history of connections to Myanmar. 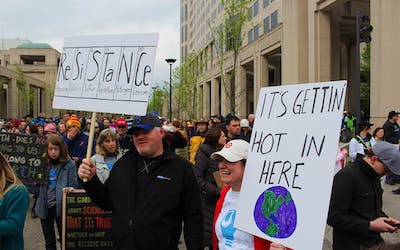 Protesters march for science in Indianapolis 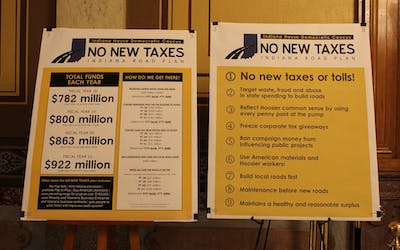 The bill will now need to be agreed upon by a conference committee.