It was late at night, she said, and Elinor Ostrom had to fly out of Indianapolis early the next morning.

“So I drove her to that beautiful little house on Lampkins Ridge, and it was easily 11:30 when I got there,” Robel said. “And I remember Vincent peeking out the window, waiting up for her.”

Nine professors and administrators from around the world contributed vignettes and remarks during a celebration of the lives of Elinor Ostrom and her husband, distinguished IU scholar Vincent Ostrom, who both died in June 2012.

Hundreds of students, faculty and friends of the Ostroms attended the event, which took place Oct. 15, 2012, at the IU Auditorium.

Elinor Ostrom’s death came earlier than expected, McGinnis said, but in ways it was comforting both husband and wife died within weeks of one another.

“They had always been a team,” McGinnis said. “In their research and their affection for one another.”

University of Colorado associate professor Krister Andersson said Elinor and Vincent Ostrom were an example of the power of working together.

Although many knew Elinor Ostrom for her work in academia and the recognition she received as a result — she is the only woman to have won the Nobel Memorial Prize in Economic Sciences — IU professor of political science Marjorie Hershey said she had the privilege of knowing Elinor Ostrom personally.

Like most of the speakers at the event, Hershey knew Elinor Ostrom as simply, “Lin.”
“Lin’s contribution to daily lives should have won her a second Nobel prize,” she said.

The Nobel Prize winner was also a longtime competitive swimmer who loved Inuit art.
“Lin” hated shopping so much that when she found a pair of comfortable shoes, Hershey said, she would buy as many pairs as she could so it would be years before she had to shop again.

She and her husband also built a cabin on Manitoulin Island in Canada.
The cabin had no electricity or running water.

In a video presentation created by Carleton College professor of social sciences Barbara Allen, the couple talked about furniture they built.

The Ostroms’ house and everything in it has been given to the University, IU President Michael McRobbie said.

The School of International and Global Studies, scheduled to begin construction in spring 2013, will include a room dedicated to the couple and will house some of their handmade furniture.

At the conclusion of the event, IU President McRobbie and Robel unveiled a portrait of Elinor Ostrom to be displayed in the Indiana Memorial Union.

In it, she holds her Nobel medal, which is now housed in Bryan Hall.

Behind her sits an open laptop, which McRobbie said signifies her steadfast work ethic, and right beside her sits a picture of her husband.

The Chinese Calligraphy Club’s callout meeting on Friday taught the basic techniques of the ancient art. 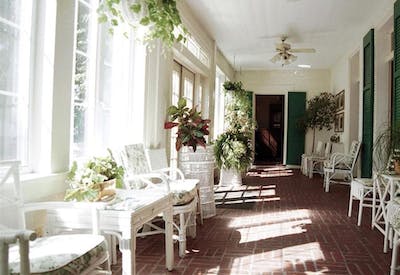 The average IU student walking to and from classes in a hurry can forget the architecture IU boasts. While each building around campus has its own personality, few can compare to the character and history of these famous IU landmarks.

A roommate can make or break a college experience. If you go random and get someone you don’t get along with then it may make for a long year.