One day after a business professor was asked to take down his Web log from the IU server, University officials determined Friday that the log could remain on the original site.

Eric Rasmusen, a public policy and economics professor in the Kelley School of Business, moved his Web log to a private Geocities page after faculty and students complained about his posts against homosexuality and other controversial topics.

Business school Dean Dan Dalton asked Rasmusen to move the page while the dean proceeded to look into whether it was legal for the material to remain on an IU server.

After IU's legal counsel office determined that the information technology policy allowed for his free expression, Rasmusen transferred the log back to the IU server late Friday afternoon.

"Rather than e-mailing me with counterarguments to my position, various people seem to have tried to get IU to shut me down," Rasmusen said in an e-mail to the IDS. "The result? My Web log still exists and has over 10 times the number of readers it used to have. The lesson: intimidation can backfire."

Rasmusen said he knew all along that the policies regarding personal Web pages allowed him to express his thoughts freely.

"I wanted to give people time to read the policy and understand it," Rasmusen said. "I wouldn't really call this a victory, but I'm glad to help stimulate discussion on campus."

University Information Technology Services policy for personal Web pages states that "free expression of ideas is a central value within the academy. Absent a violation of law or University policy, the University will not take action with respect to material on a personal home page."

Rasmusen said although the log is linked from the page with his course information, the Web log is intended for him to write about his ideas and thoughts.

"I put it up for my own clarifications and thoughts about issues, because not many people read it at first," Rasmusen said. "I was surprised that people reacted the way they did. I know there are people who feel intimidated about expressing their opinions on campus, and I hope that can change."

After moving the site back, Rasmusen stated in his log, under the heading, "Attempts to Suppress this Web log": "I briefly moved this web-log to Geocities because some people at Indiana University disapprove of the views expressed in it. Officially, at least, that has now been worked out."

IU-Bloomington Chancellor Sharon Brehm said as long as Rasmusen isn't breaking any policy laws, he has the right to keep the log on the IU server.

"I deplore the material posted on the Web site in question, but I am well aware of the importance of freedom of speech, even speech that contradicts extremely significant values and principles," she said in an e-mail to the IDS.

Joe Boes, an academic adviser in the business school, disagrees with the University's decision and said he wonders if the outcome would have been the same if the outrage against homosexuality concerned a different group of people.

"This is so unfortunate and it's like someone punches you in the stomach and the wind is knocked out of you," Boes said. "Would this be the same if you replace homosexual with black, Jewish or Hispanic? I don't think the legal council would still allow this on a public IU server in those cases."

Senior Jada Barbry said she believes the decision to let the site back on the server is hypocritical to IU's diversity mission, and she plans to take action with others who share her view.

"It's in direct conflict with IU's promise that this is a fair playing ground for everyone," Barbry said. "You can't protect students from harm when you make it OK for a professor to outwardly express his hatred."

But some believe Rasmusen has the right to express his thoughts because of academic freedom.

"The University made the right decision because you should be able to present both sides of an argument," sophomore Rich Facko said. "Why is it that we can publish pro-homosexual statements but not anti-homosexual ones?"

Doug Bauder, coordinator of the Gay, Lesbian, Bisexual and Transgender Student Support Services, said he hopes this will prompt a response from the University's administration and said he is worried that this will send the wrong message about what IU represents.

"I don't want people to think these are the views of this University," Bauder said. "I hope people will stand up and say that this is wrong and doesn't belong on a professor's Web page affiliated with IU."

Bauder anticipates several forms of response from faculty, staff and students on campus.

"The GLBT office will advise and give direction to any protests or individual actions," Bauder said. "We need to create opportunities for dialogue that can dispel the myths about homosexuality that he is perpetuating." 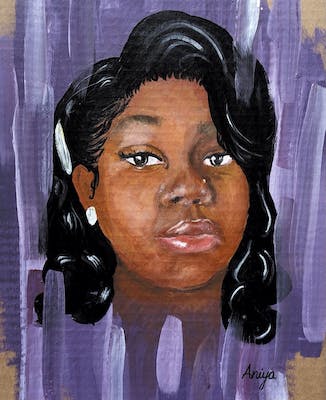 You deserved so much better.