Connor Bazelak jogged onto the field. The Archbishop Alter High School quarterback stood on the sideline as his squad’s defense claimed a fumble by Norwalk High School just eight yards away from Alter’s endzone.

Winning this game meant Alter would go on to compete for a state title, and the fumble recovery gave it a chance to seize some momentum. Alter’s coaches were calling on Bazelak and his strong arm to do just that.

Derek Willits, one of Alter’s top wide receivers, stood at roughly 6’3” in pads and cleats. He liked to leverage that size against opposing defensive backs, going for jump balls or blazing past the secondary for the rare deep strike in Alter’s wishbone-style offense.

Nobody knew that as well as his quarterback. Bazelak approached Willits and asked what kind of route he’d like to run on the ensuing play. The two glanced at Norwalk’s secondary and noticed Willits would be lined up on a smaller defender.

It was the perfect opportunity.

As the offense lined up, Alter head coach Ed Domsitz began to curse on the sideline once he saw Willits was lined up in the wrong formation. With the radio line to his helmet, Domsitz told Bazelak that if he’s gonna change the play like that, it better end in a touchdown.

Willits had already beaten the secondary on a streak route by the time Bazelak turned around after the play-action snap to look downfield. He took the opportunity to launch the ball into his towering receiver’s waiting hands.

Receiving the ball in stride, Willits charged through what was left of the field. He threw his fists in the air as he crossed the plane of the endzone. Touchdown, Alter.

But their connection didn’t begin with the pigskin. That touchdown pass was one of many forged by the connection between Bazelak and Willits through the years, which began on a basketball court.

Bazelak didn’t start playing quarterback until the fifth grade, Willits said in an interview. He first met Willits and fellow teammate Jack DiMario playing basketball in elementary school. He was taking after his father, Len Bazelak, the career leader in 3-point percentage at Dartmouth College.

Basketball was Bazelak’s first love. He had great court vision as a distributor, Willits said, and all his friends thought he’d follow in his father’s footsteps.

Then they saw him throw a football.

That’s when his friends started to see it. Bazelak just threw the ball differently from all the other kids. He put a zip on the ball that nobody else could match. It was a difference his team used to its advantage. None of the other teams expected an offense at the elementary or middle school level to run plays out of the shotgun.

“We kind of realized that he could just throw the shit out of the ball,” Willits said.

Every little kid has aspirations to play at the next level, be it in college or the NFL. But with Bazelak, his friends could just tell something was different about him.

“He always just had a little quality about him,” Willits said. “If there was somebody who was gonna do it, it’d be him.”

They call him “Baze,” a nickname which was partially the result of countless butcherings of Bazelak’s last name by restaurants, teachers and even coaches.

Playing wide receiver at Alter with “Baze” meant receptions could be few and far between thanks to Alter’s run-heavy attack. But when the offense needed to make a play, it would turn to Bazelak and his strong arm. He and his receivers knew they had to make the most of their opportunities.

“I’ve never caught a ball like his before,” Willits said. “He knew how to make the throws in ways that were easy for you to catch.”

The group stayed behind after practice to work on route concepts and individual strengths. The lights surrounding Alter's practice field would shut off automatically due to a local city ordinance. Bazelak and his receivers made the most of their time, practicing until the field went dark.

It was here the group developed further chemistry, which allowed them to make plays like the 92-yard touchdown pass against Norwalk. Each of Bazelak’s receivers had different strengths and preferences, and he worked with these differences to maximize the offense’s efficiency.

Jump balls and long bombs were Willits’ style. But when Bazelak needed to move the chains against a blitz, he’d look for DiMario, a smaller receiver playing in the slot, in the middle of the field.

“He knew the guys,” Willits said. “He knew how to adjust his throws to fit for that receiver.”

Bazelak was never a cheery, speech-prone kind of team captain. He just wasn’t the type to get in front of the team and give a spiel. But he was still an effective leader, choosing to do so through example instead, DiMario said.

If the team was running sprints, Bazelak, one of the team’s captains, would always run the hardest. He’d check in on teammates to make sure they were making responsible choices and being good teammates to one another.

However, his quiet nature can serve to mask a competitive attitude. DiMario saw it as both a teammate in high school and as an opponent in elementary school.

But you wouldn’t be able to tell how Bazelak was feeling if you saw him in the huddle during a game. He never showed signs of stress when the team was down and never got too excited when a game was going well.

“He was never too high or too low,” Willits said. “It was really calming to have him in the huddle. No matter what situation we were in, it always felt like he was cool, level-headed.”

Bazelak brought that same level-headed attitude into interactions with coaches as he went through the recruitment process.

He was in a group text with his receivers throughout high school. The receivers could expect an occasional text from Bazelak asking if they could show up before or after school. Some college coach called him and wanted to see him throw.

And they would, showing up to Alter’s gym before the sun rose or heading out to the practice field after the final bell.

Seeing college coaches around Alter was a daily occurrence, DiMario said. Big schools like the University of Georgia or the University of Kentucky and big names like then-Ohio State offensive coordinator Ryan Day were frequent, expected presences around the campus.

“It was crazy seeing these coaches come in, and you knew they were for Baze,” Willits said.

Those throwing sessions after practice and for coaches meant more than just football for the group. The long hours waiting for the practice field to go dark naturally lent time for strengthened bonds on and off the field.

Bazelak was never the loudest voice in a room. He never sought to be the center of attention, and you always knew what you were gonna get from him, Willits said. Not that Bazelak didn’t know how to have some fun, though.

As the season stretched into the colder months and sweatshirts became a staple under practice jerseys, teammates would notice Bazelak occasionally chewing on something during practice.

When the team ran a fake handoff in practice, teammates saw a speck leave his fingertips after completing his throwing motion. The speck’s rainbow color was easily distinguishable from the dull field once it landed a few yards away.

A Skittle. One of many candies he’d brought onto the practice field in the pockets of his sweatshirt.

“He’s definitely low-key,” Willits said. “He’s a pretty quiet guy but he’s got some goof in him.”

The group spread out after graduating from high school. Bazelak went to Missouri, Willits attends the University of Dayton and DiMario attends Ohio Northern University. All three still play football.

All that distance didn’t mean a thing to the group’s friendship. Bazelak frequently checks in with Willits, DiMario and others to ask how their seasons — and lives — are going.

Both Willits and DiMario have taken the time to attend one of Bazelak’s games. DiMario went to a game against South Carolina, and Willits attended this past season’s game against Kentucky in Lexington.

As Bazelak was walking off the field after the game in Lexington, Willits and other former teammates began to yell his name. Bazelak turned to see them and ran toward the stands, asking how everyone was doing and taking the time to catch up.

“He just wants the best for the people around him,” Willits said. “He wants to make the team better, and he wants to succeed.”

Bazelak announced he would enter the transfer portal Dec. 23, 2021, and he committed to Indiana Jan. 6. He’d been named SEC co-Freshman of the Year and had a spot on Pro Football Focus’ All-Freshman team in 2020.

"Connor produced at a high level as a two-year starter in the SEC," Indiana head coach Tom Allen said. "He is a strong leader and a tough, talented young man. We are excited to welcome Connor to our program."

It wasn’t easy for Bazelak to leave Missouri, Willits said. He’d built similar relationships with teammates and others there, and he’ll miss all of that.

“He still loved it there, it was still home for him too,” Willits said. “He loves those guys.”

To Willits and DiMario, “Baze” is still one of their best friends. The guy who took the time to help them play to their strengths. The guy whose name nobody could get quite right, who ran the hardest in drills and snuck Skittles packets into practice.

And that’s the guy they expect to see take the field at Indiana next fall.

“Connor is gonna do everything he can to turn Indiana football into a winning team,” DiMario said. “Indiana’s got good teams like Cincinnati, Ohio State and Michigan next year, and that doesn’t scare Connor. Connor’s not bothered by that at all.” 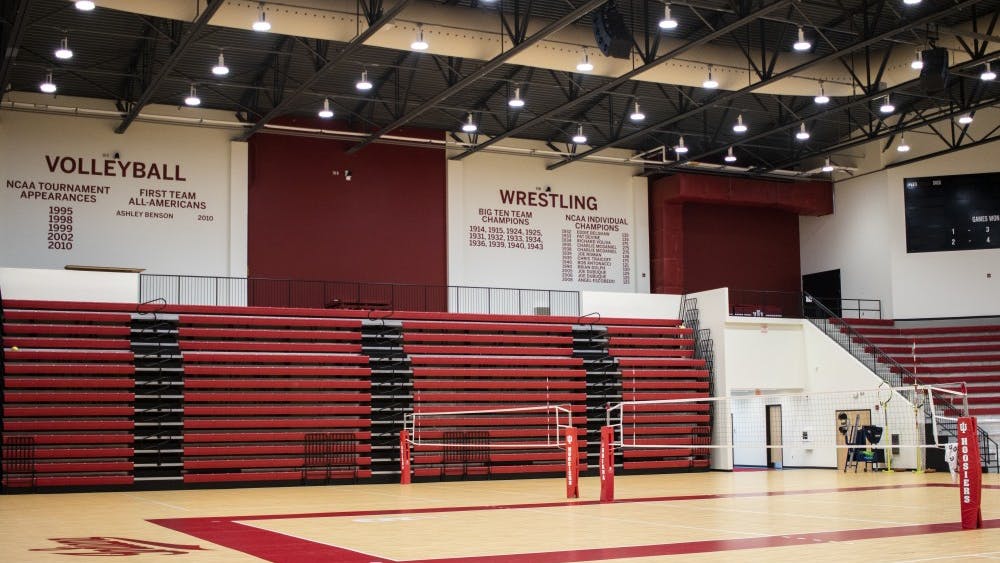 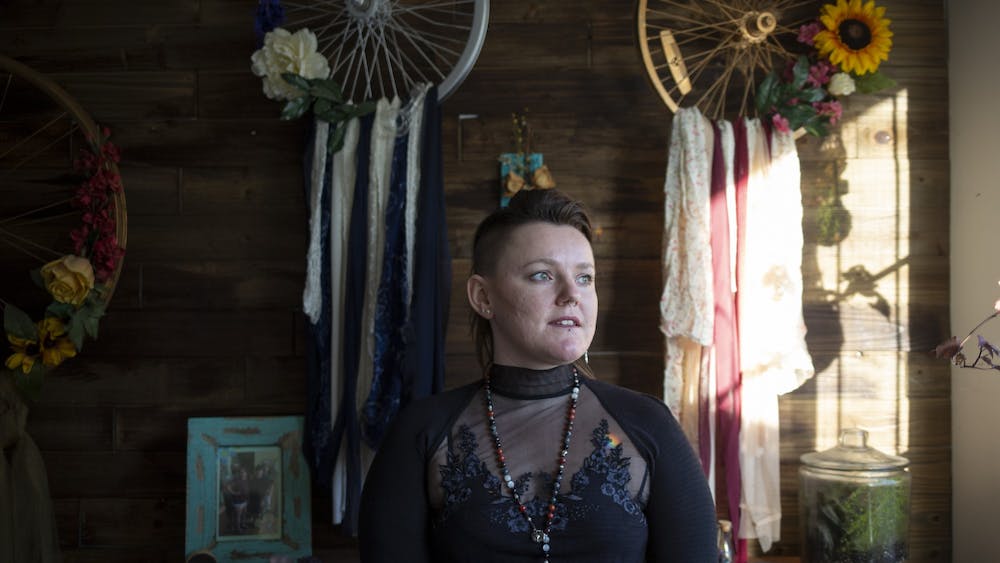