Bloomington is losing more police officers than it can hire. Here’s why it matters

Editor's note: This story has been updated to include statistics on the City of Bloomington's budget, BPD and BPD's staffing.

Bloomington has many reasons to expand its police force — the Bloomington Police Department is strained and the city’s annexation plan could significantly increase its population.

Instead, overworked and underpaid, more and more BPD officers have left the city, leaving a shrinking police force as crime rises and Bloomington continues to expand, police union members and city councilmembers say.

Since 2016, the department has hired 66 officers and lost 73, according to data provided by Paul Post, BPD senior officer and president of the Fraternal Order of Police’s local chapter. The union represents BPD officers during union contract negotiations with the city government. The department has already lost 15 officers in 2021 alone, which Post said is unprecedented in the past 20 years.

“That’s just never happened,” he said. “To see that level of turnover— I mean, that should be a real big eye opener.”

The BPD currently has 88 officers, Post said, which is 17 short of the staffing capacity of 105 under the city’s current police budget. A 2020 organizational assessment prepared by the Novak Consulting Group for the City of Bloomington determined BPD would need nine to 16 additional patrol officers.

Police departments in major cities nationwide have faced lower recruitment and higher resignation following George Floyd’s murder and the subsequent Black Lives Matter protests. About a quarter of Minneapolis’s police officers have left the force since Floyd’s death, according to Reuters. Closer to home, the Indianapolis Metropolitan Police Department has 169 open positions to fill as it faces competition in pay and benefits.

RELATED: Activists want to defund police departments. What could that look like in Bloomington?

In Bloomington, officers and union members cited low pay as the main reason for recent resignations.

According to the police union’s exit survey responses from 15 officers in the past two years, 60% left BPD for other law enforcement agencies, and all 15 officers said better pay would have influenced them to stay.

BPD’s base salary for an Officer First Class, a benchmark police rank for comparison between Indiana’s municipalities, is $56,956 and ranks 50th among 153 police departments in the state, according to data from Indiana’s Public Employees Retirement Fund.

Bloomington is the seventh largest city in Indiana with a population of 79,168, according to 2020 U.S. Census data. In comparison, the West Lafayette Police Department, which sits in a college town with a little more than 50% of the population of Bloomington that also hosts a campus police department, has a base salary of $62,754, nearly $5,800 more than BPD and ranks 36th statewide.

“Why have we already lost eight officers this year to other police agencies?” he said. “It’s because we’re not competitive.”

Although BPD officers are usually paid overtime and other specialty pay on top of their base salaries, Rodgers said more than 90% of Indiana’s municipal police departments also offer such pay, usually paying more than what BPD offers. Moreover, he said officers with specialty pay take up extra work or leadership responsibilities at the department.

BPD’s staffing shortage has also led to more overtime patrol for officers, Post said. Whenever a patrol shift does not have enough people on staff, some officers from the previous shift would need to fill in, he said.

Post said some officers have already worked mandatory overtime three times this year when voluntary overtime alone used to be enough to fill the gap in the past. He said this has dealt a blow on officers’ happiness and family life.

“We’ve kind of short-circuited any of their family needs,” he said. “The morale overall is very much down.”

Rodgers said overtime shifts always used to be voluntary at BPD until recently. He said morale has been so low and patrol shifts have been so strained that there are not enough officers willing or available to voluntarily fill the shifts that are short on staff.

Twelve out of 15 officers rated the department’s morale as one or two out of 10, according to the exit survey responses.

BPD officers’ salaries were a key source of contention between the Bloomington City Council and Mayor John Hamilton during negotiations for the 2022 city budget in August and October. While council members proposed raising officers’ annual base pay by $5,000 permanently, the mayor and the council reached a deal to provide officers with a one-time retention bonus totaling $5,000 by the end of 2022, with the mayor committing to a $5,000 base pay raise as part of ongoing negotiations of the 2023-26 police contract with the union.

Unlike police officers, councilmember Susan Sandberg, who represents the council as an observer in the negotiations, said social workers cannot respond to potentially violent situations and often need officers to accompany them, which does not alleviate the officers’ workload.

If the city fails to adequately raise officers’ pay for the contract, Sandberg said more officers would leave BPD or law enforcement completely, further limiting the department’s ability to respond to crime.

“Our failure to do that because we have failed to fund it appropriately to me is unconscionable, because that's a basic city service,” she said.

Deputy Mayor Donald C. Griffin Jr. said the city government is now in agreement with the city council to raise police salaries for retaining and recruiting officers. However, in addition to adjusting salaries, he said the city must be more creative in addressing the staffing shortage, including modernizing the department’s facilities, recruiting more aggressively online and partnering with other police departments through officer exchange programs.

“You want their experience to be so great that they do come back,” he said.

Sandberg said although improving work conditions, increasing recruitment from other police departments and improving community perception of BPD are all important for attracting recruits, raising officers’ pay is the priority.

In 2020, the department reported 485 violent crime offenses, according to the FBI’s National Incident-Based Reporting System. This marked a 40% increase from 347 offenses in 2019 while Indiana’s total number of violent crimes dropped by 3.3% over the two years. According to the city’s 2021 Public Safety Report, gun-related crime rose by 52% in 2020 compared to 2019.

BPD overwhelmingly responds to non-violent crime. In the second quarter of 2020, welfare checks and investigations into suspicious activity took up over 2,270 calls.

Many factors can affect the type and volume of crime, including degree of urbanization, local policies, economic conditions and more. Adding more officers might not singlehandedly solve the problem.

In 2020, BPD employed only one social worker — something activists say can help reduce crime in communities, rather than an increase in patrolling.

A short staff and a high number of overall crimes have left officers with no time for community outreach, Bloomington city councilmember Dave Rollo said.

While BPD continues to battle its staffing shortage, excessive overtime and rising crime, a close deadline looms. The City of Bloomington has proposed an annexation plan that would add more than 14,200 residents and expand the city’s area by more than 50%, effective Jan. 1, 2024.

BPD would need 25 to 30 additional officers to patrol these annexed areas when it’s already struggling to meet its current staffing capacity, Rollo said.

“This is clearly a point where it's a reaching crisis,” he said.

While police departments nationwide have struggled with retention and recruitment, Post said he is particularly worried about the city’s looming annexation deadline.

“It's very concerning to us to be in that situation of losing officers constantly,” he said. “We want to know that there's an actual plan in place.”

Sandberg said the math shows the city and BPD have “a heck of a job” ahead to hire the officers needed for the annexed areas. She said a failure to do so would betray the city’s promises for the newly annexed residents.

“It would be hard for me to look the newly annexed citizens in the eye if we cannot deliver on having a quality police department that’s well-funded, well-cared for and able to do the job with all due professionalism,” she said. 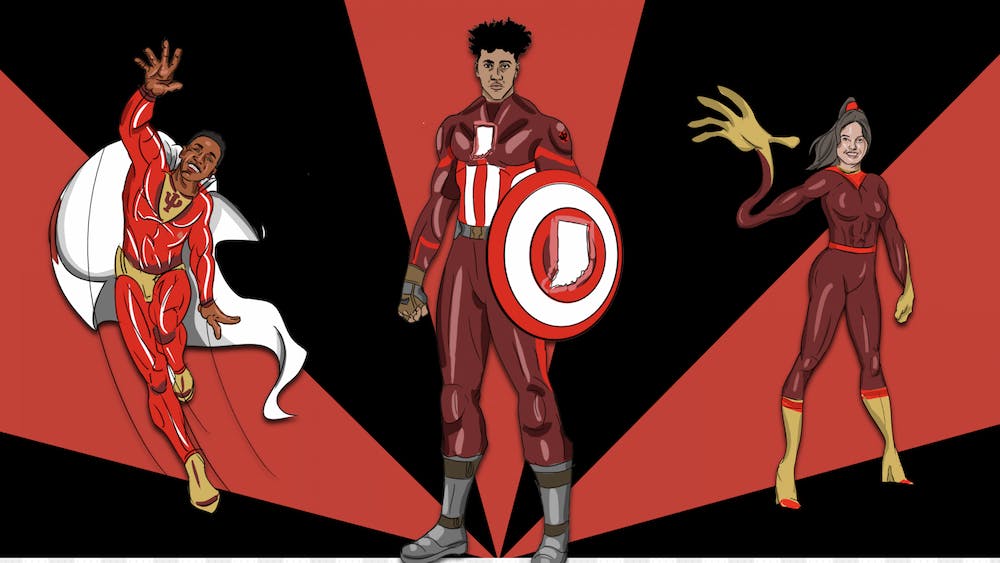