Northern white rhinos are one of the oldest groups of mammals in the world. With their thick-gray skin, wide stature and two horns resting vertically on their snout, it is easily understandable why they have survived for millions of years. Their alarming appearance alerts other wildlife to stay away.

According to Fauna & Flora International, there are only two northern white rhinos alive in Africa. Their names are Najin and Fatu, both female, making the species functionally extinct. The last male northern white rhino, Sudan, died March 19, 2018.

“The main threat to white rhinos is human greed,” Ol Pejeta Conservancy, where Najin and Fatu currently reside, said in an Instagram post. “They have few predators in the wild given their size.”

People are willing to let an entire species of rhino become extinct for monetary gain.

According to Treehugger, poaching is the illegal hunting, killing and capturing of wildlife. White Rhinos are high targets for poaching because the price of a rhino horn can amount to $65,000 per kilogram. White rhinos have two horns and the average weight of their horns combined is 5kg, meaning the price of their horns can be sold for as high as $325,000.

Poaching can also have detrimental effects on the environment.

Rhinos are keystone species. If they are removed from their habitat there will be less biodiversity within the ecosystem and the ecosystem would be significantly changed.

According to Helping Rhinos, without rhinos, animals like gazelles, zebras and antelopes would become critically endangered because of plant overgrowth. Rhinos provide a healthy ecosystem by clearing the land for other plants to grow while keeping other vegetation from taking over.

The natural ecosystem provides many resources to the world which cannot be replicated by humans.

While human greed may be the cause of the northern white rhino extinction, human technology may be the solution. BioRescue, an international group of scientists and conservationists, have  made efforts in saving this rhino species.

These scientists were able to successfully harvest 14 egg cells from Fatu’s ovaries in December 2020. The Avantea’s Labratory in Italy has incubated and matured 8 fertilized egg cells and plans to implant them into a surrogate southern white female.

There may be scientists who are trying to revive the northern white rhino species, but these efforts would not be needed if it were not for human greed in the first place.

Humans steal the horns of rhinos, shave the skin of tigers and cut the tusks of elephants, and for what? To hang them on our walls, to make a rug out of their fur, to make pianos, to make money?

The greed of humans needs to stop. We are not the only species on this planet. Actions have consequences, and we have no idea where these consequences might lead us in the future. 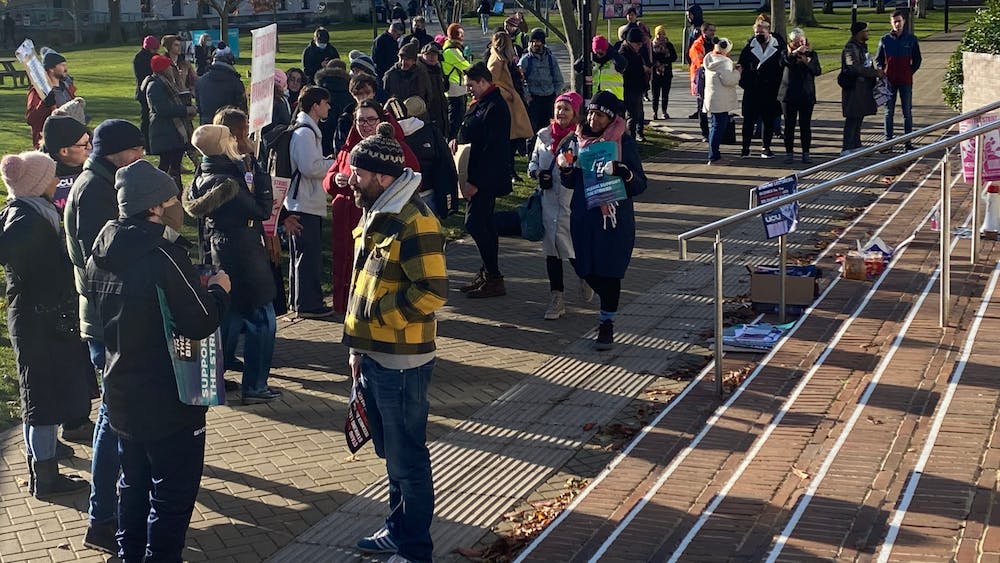 Black Voices: It's time to abandon the current justice system

Black Voices: It's time to abandon the current justice system