'I hope this event brings some light into your life': IMU candle lighting continues during COVID-19 pandemic

On Tuesday, the coldest night Bloomington had seen in weeks, about 10 spectators gathered at the driveway in front of the Biddle Hotel to witness the 60-foot-tall lights shaped like a candle be lit for the holiday season. Although many things on campus have canceled this semester, the 52nd annual candle-lighting went on.

While the candles were lit Tuesday night, the celebration was scaled down compared to ceremonies held in the past, like last year's Light Up The Night celebration. Last year, large groups of students attended to enjoy live music and an ice-skating rink, neither of which were there Tuesday.

Due to the COVID-19 pandemic, the ceremony was changed to a hybrid format, with in-person attendance allowed. The event was streamed live on the IMU Instagram account. About 20 people watched it on the livestream, but it can still be rewatched by anyone on the IMU's Instagram.

"I don't think canceling it was ever up for debate," said Kaila Messereli, a student involvement program coordinator in a News at IU article. "We had an enhanced candle lighting ceremony last year, and we wanted to keep the momentum going. So many people enjoyed it last year that we wanted to bring some light to this year."

IMU Executive Director Hank Walter, Dean of Students Dave O’Guinn and Union Board President Teja Vontikommu spoke before starting the countdown to the candle lighting, thanking people for watching and being there.

Those in attendance excitedly counted down until the big red button was pushed and the entire courtyard was bathed in soft red light from one of the IMU’s two candle-shaped light fixtures.

The facade of the IMU features two candles, one is 80 feet tall and the other 60 feet tall. They house a combined 305 LED lights, 238 red and 67 white, according to a News at IU release. University maintenance teams have been preparing for the candle lighting ceremony since September.

The candles traditionally remain lit through New Year’s Day and will be taken down after this winter, according to the release.

"I know 2020 has been a stressful year for all of us,” Vontikommu said. “I hope this event brings some light into your life. I hope everyone has a safe and happy holiday.” 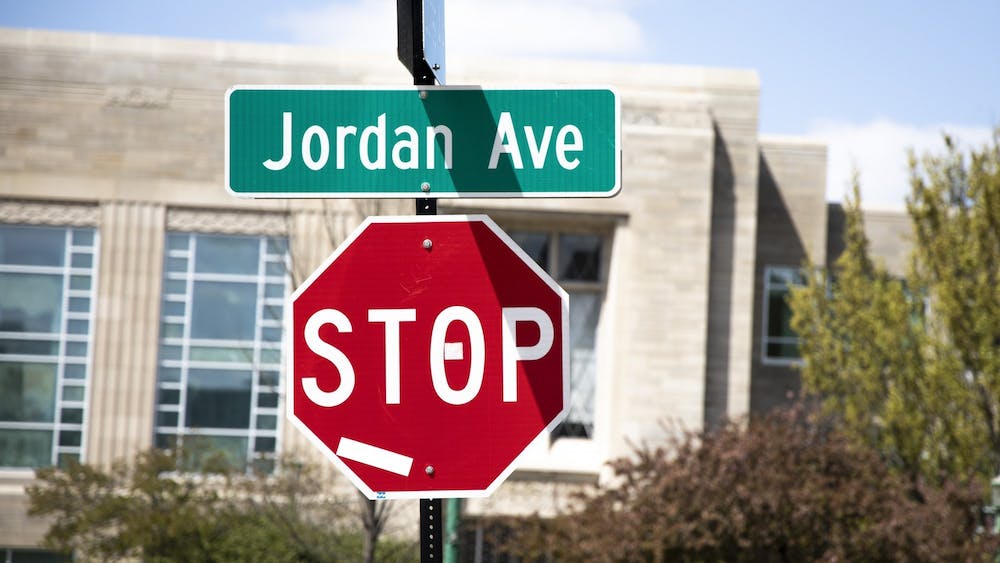