OPINION: Black students are punished more in school due to racism

Nelson Mandela once said, “There can be no keener revelation of a society’s soul than the way it treats its children."

If this is true, the soul of the U.S. education system needs a lot of fixing.

Although Monroe County Community Schools are only 5% black, black students are six times as likely to be suspended than white students.

The disciplinary disparities in Indiana and Monroe County Community Schools prove systemic racism and prejudice still have a stark effect on education systems. The disproportionate suspension rate is disgraceful and hinders black children’s identities, academic lives and ability to have a stable future.

If you simply believe black children are suspended more because they have poor behavior, you are ignoring the glaring racism in the education system.

At Tri-North Middle School, black students are 10.6 times as likely to be suspended as white students.

You think that its bad? Well it is — but it gets much worse.

At Binford Elementary School, black students are more than 20 times as likely to be suspended as white students.

Shanté Stuart McQueen is a postdoctoral scholar at University of Pittsburgh School of Social Work and has spent her professional career studying the community schools movement and disciplinary actions in the U.S.

McQueen said in a phone interview that many people have an intrinsic fear of black men, and as a result, the behavior of black boys is viewed as inherently aggressive. If they are making hand gestures or even just joking around it is automatically seen as a threat.

Black children are viewed as adults prematurely, as shown in The Essence of Innocence: Consequences of Dehumanizing Black Children, published by the American Psychological Association. The study found that black children aged 10-13 had a “perceived innocence” of non-black children aged 14-17. This pattern continues throughout adolescence.

Georgetown Law’s Center on Poverty and Inequality released a study, Girlhood Interrupted: The Erasure of Black Girls’ Childhood, in 2017 about perceptions of innocence in black girls. The study found that black girls aged 5-19 are viewed by adults to need less protection, nurturing and support than white girls of the same age.

Black children are unable to hold onto a childlike innocence that white children can cling to, simply because of prejudice and bias. This “adultification” affects school disciple and suspension. If they are older, they should “know better.”

McQueen believes often times people view the behavior of black children in terms of their internal qualities. As a result, punishments are harsh because authority sees it as dealing with the person they are, instead of outside factors that may influence their behavior of a particular day.

On the other hand, white students’ poor behavior could be a result of a bad day. Their behavior is based on an outside factor that they can’t control because they are innocent children. This is another factor that perpetuates high suspension rates in schools.

Students of color are also more likely to live in poverty. But there is a link between poverty and trauma. Many students of color need more support because of the emotional, mental and even physical trauma in their home lives.

The need for a cultural understanding and additional support does not mean suspend a child because you do not understand where they come from. This brings up another issue of the lack of teachers of color.

“Students of color feel like outcasts and teachers don’t understand them,” McQueen said.

Only 2% of teachers are black men.

A study found that white teachers are more likely to punish black students for misbehavior than white students. They are also more likely to reprimand them in front of the class, instead of having a private conversation.

These suspension rates have obvious detrimental effects on children.

If a child is told from kindergarten that they do not matter and don’t belong in school, they are going to have negative perceptions on the function of school in their own life. This is seen in the labeling theory in education. If a student is labeled as a “delinquent” or “misbehaved” they will begin to attach themselves to that identity.

Eventually, a student accepts that behavior and it affects how they act, creating a self-fulfilling prophecy.

This can affect academic performance and future school achievement. Suspended students lose instructional time, and as a result are less likely to graduate and more likely to end up in jail, according to a blog post by the Crisis Prevention Institute.

A report from the Alliance of Excellence in Education found one 9th grade suspension makes a student 2 times more likely to drop out of high school.

McQueen believes this suspension problem is fixable through community building. This includes spending ample amounts of time at school so students and teachers alike can form real, meaningful relationships.

She also believes projects such as the Just Discipline Project, which is an initiative created to help the achievement for all students with restorative practice programs, will help mend these inequalities.

I am not saying black children never misbehave and should not be disciplined. There are situations where it might be necessary. But obvious changes should be made when the suspension rates are as disproportionate as they are.

Young, naïve and often innocent children are experiencing the alarming effects of institutional racism at a place that is supposed to nurture their minds and expand their life horizons.

Children should be worrying about what surprise dessert the cafeteria workers will have at lunch, not if they will be a victim of unfair disciplinary measures due to the color of their skin.

There are children who are just learning to read or finish the times table in under five minutes. Unfortunately, their lack of life experience does not make them immune to the disturbing effects of living in a country that was never for them since the amount of melanin in their skin was determined.

Education is a powerful tool in changing the world. Every child deserves the chance to change the world, no matter where they come from or who their ancestors are.

OPINION: Hoosiers must take anti-Asian racism seriously as a consequence of COVID-19

Your right to housing trumps your landlord’s right to put you in debt. 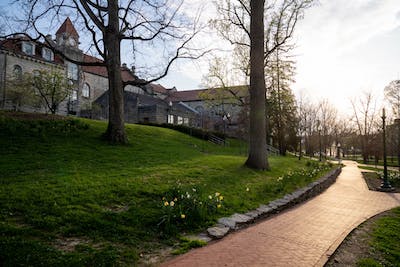 This was not how our senior year was supposed to go.