On the front sides of the monuments are images of IU players and scenes from each season. Artist Brian Hanlon designed and produced the monuments, which were installed at Ken Nunn Champions Plaza before Hoosier Hysteria on Oct. 21, 2017, and will be accessible to fans 24 hours a day, seven days a week.

Five new sculptures were also installed inside the south lobby of Assembly Hall before the season. They depict five different iconic moments or eras in IU basketball history. Longtime IU Coach and three-time national champion Bob Knight is notably absent from the sculptures, which IU said was a result of Knight declining to be portrayed.

- Everett Dean, IU's first All-American who went on to become a 14-year head coach for the Hoosiers, earned his own sculpture as "The Father of Indiana Basketball." This particular portrayal of Dean is based on a picture from the 1921 Arbutus yearbook. Dean coached IU from 1924 until 1938 and led the Hoosiers to three Big Ten Conference titles.

- Two-time national champion Branch McCracken is depicted alongside Bill Garrett, who became the first African-American to play Big Ten basketball in 1948. Garrett led IU in scoring and rebounding in each of his three seasons with the team, and was named an All-American in his senior season. He was coached by McCracken, a former IU player himself who then led the team to two national titles at the helm of the Hoosiers.

- The 1976 IU team, which remains the last men's basketball team to finish the year as undefeated national champions, is shown receiving their plaques for the NCAA title. Bobby Wilkerson, Kent Benson, Scott May, Quinn Buckner, Jim Crews and Tom Abernethy all played key roles on the squad that was named the best March Madness team of all time by the NCAA in 2013. Knight likely would have joined his former players in this sculpture, but declined when IU asked if he wanted to be included.

- Isiah Thomas' layup against North Carolina in the 1981 national championship game is depicted to recognize the team's dominance in the NCAA Tournament that season. The Hoosiers won their tournament games by an average of 22.6 points as the future Hall of Famer Thomas led the way.

- Steve Alford and Keith Smart shoot alongside each other in the monument to honor the 1987 squad, IU's last national champion in men's basketball. Alford was the senior point guard that led the team in 1987, while Smart hit a game-winning jump shot to beat Syracuse in the title game. Fittingly, the sculpture is named "The Shooter and The Shot." 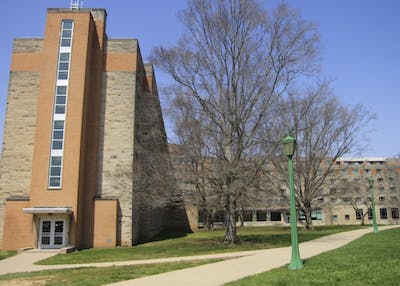 The Woman in Black and other ghosts haunt IU's campus

A girl in a blood-stained yellow dress roaming Read is only one of IU's spooky happenings. 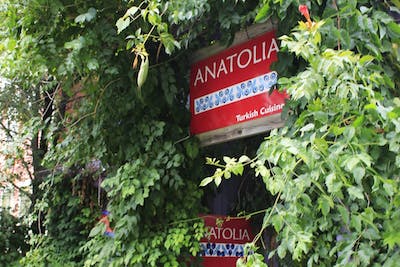 Explore the food of Fourth Street

Try something new at one of the 10 ethnic restaurants on Fourth Street. 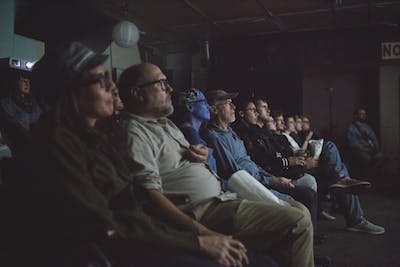 Here are six great choices for your next film experience in Bloomington.