Bloomington and IU are jam-packed with hidden gems and overflowing with history most people don’t know exist. One of these hidden treasures is the Wylie House Museum.

Andrew Wylie, IU’s first president, built the home in 1835. He later sold it to his cousin, Theophilus Wylie, an IU professor and the school’s first librarian, whose family lived there until 1913.

For today’s use, the historic house has been transformed into a museum, and each room has been decorated to be reminiscent of what it may have looked like when the Wylie families lived there. Descendants of the family have created a memory map of the property so museum staff can have an idea of where the buildings and gardens were once located.

To allow visitors to more fully embrace the house’s history, the museum has organized haunted house tours and has put on a parlor concert series.

Museum assistant Sarah Rogers said it is usually very quiet in the museum, so these events are a nice change.

“It’s really cool to hear the space filled with music and used like it was intended,” she said.

Touring the museum takes a step back into IU’s history, as the mural at the entrance of the house suggests — it depicts what life in the 1800s may have looked like. Similar to the parlor, each room of the house is decorated with a specific purpose in mind. Upstairs, each bedroom has multiple beds. Down the hall from the bedrooms is a room decorated as if it was a woman’s workspace, containing a sewing machine, a loom and a bookcase full of Theophilus Wylie's books.

In addition to the house itself, the Wylie House Museum also offers an heirloom garden and a seed library. Sherry Wise has worked as the outdoor interpreter for the facility for 17 years. She controls the seed library and cares for the plants at the house.

Wise grows many of the same plants as the Wylie family did when they lived in the house. She said she still finds artifacts while she’s gardening, particularly after a heavy rain. The gardens at the house are a main source of genetic diversity for the University, Wise said.

The focus on preserving the botanical history of the house also fuels the museum’s seed library initiative. The museum is home to a seed-saving operation that IU students, local children and Bloomington residents can all use.

The museum has a library of different seeds people can plant. Then, if they grow the plants full cycle and harvest seeds, they can bring seeds back to the museum and add to its collection. Wise said she loves this program, and she particularly enjoys sharing the seeds with children.

“Kids are always so excited with the seeds in their hands,” she said.

The Wylie House Museum is open to the public for tours 10 a.m. to 2 p.m. Tuesdays through Saturdays. 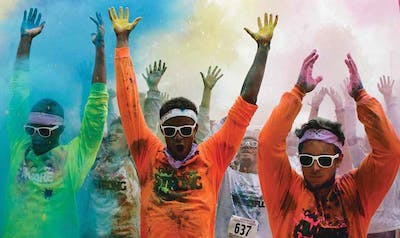 Video games are great for socializing and making friends. 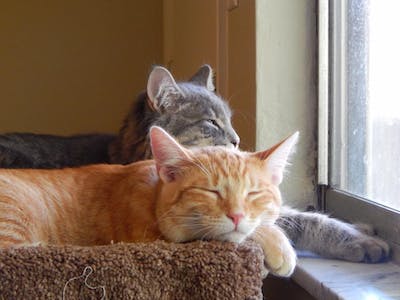 Two cats isn't too much

Owning animals is a way to maintain positive mental health.

The truth about renters insurance

Insurance agents and landlords share information about insuring your home or apartment.