The sun shone on Robin Wilson, Haley Wilson and a black lab puppy named Hannah as they stood Monday afternoon in a Brown County clearing. They had brought gerbera daisies and purple tulips.

Monday was a beautiful, perfect spring day. Later, Robin and Haley would visit the officers who worked on Hannah’s case.

One of the officers told the women the weather reminded them of another perfect spring day two years before.

Two years ago, IU began to grieve. Hannah, a psychology major, was two weeks from graduating when she was killed during Little 500 week. Bloomington man Daniel Messel, 51, was arrested for her murder the following day and was sentenced last September to 80 years in prison.

Today, Hannah’s memory lives on through the scholarships and endowments created to honor her favorite causes.

The black lab puppy who went along to the clearing with Robin and Haley is named for Hannah. Through the Indiana Canine Assistant Network, puppy Hannah is nearing the end of her service dog training.

“She is the sweetest dog ever,” Robin said. “She’s kind of like my Hannah — she’s a little bit more of a free spirit.”

In addition to the black lab, a $50,000 endowment in Hannah’s name will help train more dogs. Hannah’s friends organized a fundraiser and celebration, called the Hoondawg Bash, which raised some of the money. A second annual Bash took place April 8 in Chicago and fulfilled the rest of the endowment.

“If we can’t party with her, we’re going to party for her,” said Alli Eschbach, one of Hannah’s Gamma Phi Beta sorority sisters and a former housemate.

Friends, family and strangers packed Joe’s on Weed Street in Chicago for a night of drinks, dancing and raffles. At the “For Hannah I Will” wall, attendees pledged to love themselves, laugh louder and follow Hannah’s  compassion.

“Her continuing impact just goes to show the person that she was, that people want to still come together for her,” Eschbach said.

This year, the group raised more than $17,000, Eschbach said. Most of the money went to the Hannah Wilson Memorial Service Scholarship, which supports a student involved in causes  Hannah cared about including counseling, psychology and the LGBT community.

The recipient must volunteer at the LGBTQ+ Culture Center, be committed to helping the LGBT community and be involved on campus.

Although not a member of the LGBT community, Hannah  volunteered at the then Gay, Lesbian, Bisexual and Transgender Student Support Services. She had hoped to return to graduate school and pursue a career as an LGBT community counselor.

Eschbach said she had expected to reach the IU Foundation $25,000 endowment requirement mark in three or four years. However, the two Hoondawg Bashes and other donations have pushed the scholarship ahead and put them just $5,000 away from their goal.

Hannah accepted everyone, her mother said. She did not believe people could be evil.

“She was all about loving everyone no matter what, and she was loved in return because of that heart.”

Scholarships for high school cheerleaders were established at Hamilton Southeastern High School in Fishers, Indiana, where Hannah was a four-year varsity basketball cheerleader, and at Fishers High School, from which Haley graduated and where Hannah had accepted a cheer coach position, Robin said.

The cheerleading  scholarships are awarded at each school to the senior cheerleader who best exemplifies Hannah’s spirit and character.

Contributions have also been made to the Indiana Alzheimer Disease Center for Hannah’s love for her grandmother, who is battling the disease.

All of the donations reflect who Hannah was, Eschbach said.

“She’s not physically here with us, but she’s still with us in more ways than one.”

Time has helped Robin heal. Instead of crying uncontrollably when she thinks of Hannah, she can smile and look back on her life.

“The more time goes in between, the less it feels like there is knife stabbing you in the heart,” Robin said. “You can get up in the morning and take a deep breath and it doesn’t make you want to keel over.”

Hannah’s father, Jeff Wilson, said he misses everything about Hannah and is still overwhelmed. He is reminded of her constantly and watches home videos of her as a child.

As he tries to live his life without her, he said in an email he hears what she would say to him: “Come on, dad. Go on. Get up!”

“You can have fun without me (cause I’m still right here with you!)”

Robin misses Hannah’s laugh the most. It came from her toes, she said, and could draw anyone out of a bad mood.

“She would laugh with you and laugh at you,” he said. “She just loved to laugh.”

Eschbach remembers Hannah’s laugh echoing through the halls of their  sorority and ringing through the walls of the house they shared senior year. She  recalled a day when she forgot she left the bathtub running until Hannah called her downstairs.

Hannah was holding a tiny pot and trying to catch the water dripping through the ceiling. While  Eschbach freaked ou, Hannah remained calm. Later, she and Eschbach shared one of her belly laughs.

Hannah’s parents hope her name, like her laugh, will echo in her absence.

Hannah’s family and friends fear that some day people will stop talking about her.

They hope the story  behind the awards in her name will prevent that.

“And if that helps save another girl’s life,” Robin said, “then that would make me feel like that’s the most good we could ever have come out of this.” 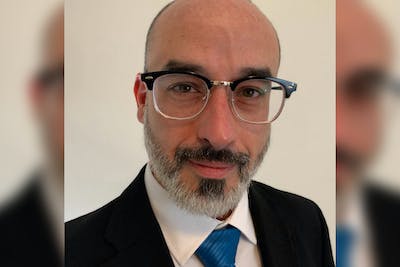 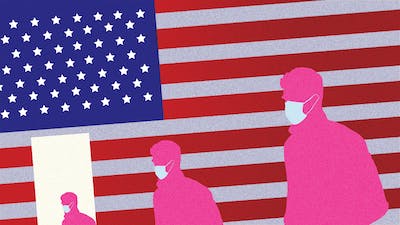