Throughout the month of April, author Amy Kaufman Burk will be donating 50 percent of her book sale profits to the LGBTQ+ Culture Center at IU.

This decision came after Kaufman Burk, 58, began to see her LGBT friends’ fears grow in the current political climate, and she said she wanted to help where possible. She looked for state universities or colleges with an LGBT center that provided a safe environment and empowered students, according to her blog post.

“They have held strong and steady through what is eventually going to be looked back on as a shameful chapter in our country’s history,” she said. “They protect their students and give them all kinds of support, but they also do much more. They have really built a model culture of what education is all about.”

Bauder said he is grateful for the donation, along with the other donations that the center has received in the last couple of months. He said he recognizes that gift agreements like these reflect not only the generous donors, but the consistency of the work that the center does on a day-to-day basis.

“It makes me appreciate the fact that people pay attention to the things we do, and clearly it has meaning,” Bauder said.

He said the money from Kaufman Burk’s donation will probably go toward updating the center’s library resources in books and films regarding the gay community, Kaufman Burk said she loved this idea.

Her support of the gay community goes back to her childhood, she said. Growing up in Hollywood Hills, California, she was unaware of the differences between heterosexual and homosexual couples.

“I didn’t think of our gay friends as gay friends, she said. “I just thought of them as friends.”

Kaufman Burk said her parents, both heterosexual, were very unusual in the sense that they were completely comfortable with gay people and straight people. As a result, she didn’t learn what terms like “gay” and “lesbian” meant until the third grade. She went to a private school until she transferred to the public Hollywood High School, which she said opened her world.

It was at this school where she observed gay students being bullied, and she decided that she wanted to write about the bullying and homophobia that she saw. She was motivated by these observations to write her first novel, a fictionalized version of her first year of high school. “Hollywood High: Achieve the Honorable,” was published in July 2013.

Kaufman Burk’s second novel, “Tightwire,” was published in December 2014 and further explores the LGBT themes of the first book. She said she tried to provide models of healthy gay-straight friendships and strong lesbian mothers in the novel to encourage people to view the community in the same way she did while growing up.

In between the two novels, Kaufman Burk published the first post on her blog regarding how to be an ally in the LGBT community in  December 2013.

In the past months, Kaufman Burk has donated book profits to other organizations. In February, she said she donated all her profits to the American Civil Liberties Union, Southern Poverty Law Center, California Rural Legal Assistance and Planned Parenthood. In March, 100 percent of the profits went towards Welcoming America and A Home Within.

“At the core, that’s what it’s all about: trying to make a difference, trying to help,” she said. “Especially now, with this brewing, simmering culture of rage and hatred and fear, it’s especially important for each of us to step forward.”

The marriage equality victory from the Obergefell v. Hodges U.S. Supreme Court decision should act as a turn in the tide to help bring equality to all Americans. 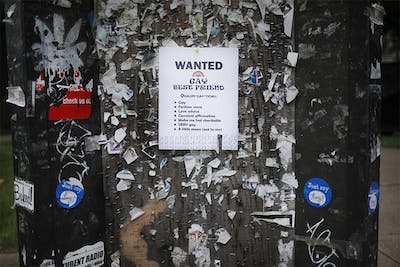 COLUMN: A good ally is hard to find

Now that queer is cool, a few things need to be said about allies.

In the aftermath of Burwell v. Hobby Lobby, things may be looking ominous for Americans seeking HIV medication who have intolerant religious employers.