COLUMN: A guide to IU museums

With a flat topography, the Fine Arts Plaza, located in the heart of campus, was planned to be symmetrical. The Fine Arts Building, the Lilly Library and the IU Auditorium create edges of a square framing the circular Showalter Fountain. Meanwhile, four old trees are located at four corners of the fountain zone.

The Eskenazi Museum of Art is not in the shape of normal cube, like most of the other buildings. Instead, the structure of the museum is a combination of two triangular pyramids. This interesting pyramid was designed by a modernist architect, I.M. Pei.

Pei is world-renowned for designing the Louvre Pyramid, the John F. Kennedy Library and the National Gallery of Art. Some describe Pei’s design style as modernist with cubist themes, which means he turns traditional architectural elements into simple geometric patterns.

“An individual building, the style in which it is going to be designed and built, is not that important,” Pei said in the 1982 American Architecture book by Barbaralee Diamonstein. “The important thing, really, is the community. How does it affect life?”

This art museum is located on East Seventh Street. This street, coupling with the expansion of museum’s building, plays the role of a visual cue to lead viewers to the Fine Arts Plaza.

The Eskenazi Museum of Art’s collection is of an international scale and guides can provide tours for students to engage with the culture behind the art. The museum received a donation from Sidney and Lois Eskenazi in May 2016, and the museum will use this money to expand its space into the old Fine Arts Library, which will move to Wells Library.

The museum will close to the public in May 2017 for renovations and reopen in the spring of 2020.

As a center, connection and landmark of the Fine Arts Plaza, the Showalter Fountain fish are both global and local. The centerpiece of Showalter Fountain was designed by Robert Laurent, who was a professor of fine arts at IU. His design is a rendition of the myth of the birth of Venus.

The birth of Venus symbolizes the meaning of beauty and connects four limestone buildings which represent music, studio art, drama, culture and art. The concept of beauty summarizes the core of various art forms.

This bronze sculpture also has a sense of exoticism. Because Laurent left IU for vacation in 1954, the design and construction of this sculpture was finished in Rome. This greatly influenced the art. Laurent fell in love with the lost wax process, a traditional Italian technique of bronze casting at that time. Thus, he changed his original plans about creating the sculpture in marble.

The fountain was completed in 1961, at which point the IU Auditorium and Lilly Library were completed and the Fine Arts Building was in its final planning stages. The funding for the completion of the Showalter Fountain dolphins was contributed by Grace Showalter. She gifted this fountain to IU in memory of her husband, Ralph W. Showalter.

A must-see landmark at IU, the Showalter Fountain fish provide students and visitors a great spot for viewing the Fine Arts Plaza.

The establishment of the Fine Arts Building was a dream of former IU President Herman B Wells and realized by Henry R. Hope, who served as the director of the museum until his retirement in 1971.

Their dream came true in 1962 but started small. When Hope arrived, the School of Fine Arts had just two faculty  members.

Before having its own building, the fine arts program caused frustration with the fragmentation of the program and the absence of a secure place to exhibit artwork. Hope’s dream, however, was realized after 19 years.

In 1939, when the IU Auditorium was completed, it was proposed to locate the future School of Fine Arts on the site north of the plaza. The design of the building represents the general plan of campus landscape design. The columns on the face of the Fine Arts Building were designed to complement the auditorium, which has columns on its face.

The fine arts program at IU has become a top-50 program in the United States.

Opposite to the Fine Arts Building, this building is modern Greek architecture. Architects designed this building to be in harmony with the auditorium and the other buildings on  campus.

At the very beginning, the south of the Fine Arts Plaza was proposed for an open-air theater to form a sort of cultural center. However, the idea changed when Josiah K. Lilly gave IU his private collections of rare books, first editions, manuscripts and paintings.

Lilly was the original the owner of Lilly Pharmaceuticals in Indianapolis. People described Lilly as the United States’ quiet collector, who was first noticed by the public when he presented his collection to IU in 1956.

With these valuable collections, the Lilly Library was built for three purposes. First, playing the role of a museum, the library dramatizes the book and exhibit material of intellectual worth. Second, the library will give the best physical care and conservation for the collections. Third, the establishment of the Lilly Library aims to provide working space for scholars and students to use these primary resources  effectively.

With these purposes and designing by Eggers & Higgins, the Lilly Library corresponds to the other structures in the Fine Arts Plaza dedicated to culture and art. The Lilly Library also has a strong collection of paintings and more than 100,000 volumes and 1.5 million manuscripts. They illustrate significant development of Western civilization.

Additionally, the Lilly Library has the largest collection of mechanical puzzles in the world. 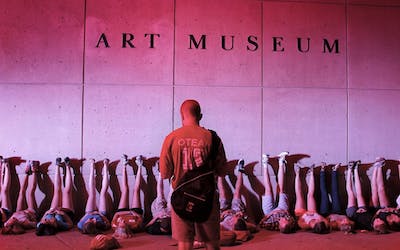 In a crunch for time? Check out these must-see spots. 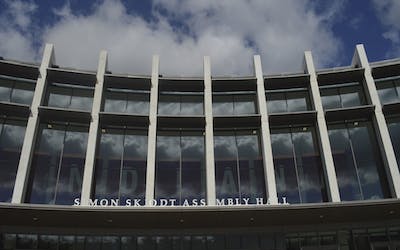 For the glory of Old IU: A guide to IU athletic facilities 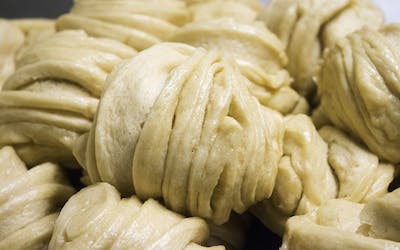 Explore the food of Fourth Street

Try something new at one of the ten ethnic restaurants on Fourth Street.