With the results of the United States presidential election about to take effect, it can be easy to focus on the future of American politics. However, it’s not just the U.S. that’s facing significant political change.

France will have elections for president next year, and one of its candidates, Marine Le Pen, is politically similar to Donald Trump. Leading the National Front, Le Pen represents France’s nationalist movement. And this is a movement that seems to be gaining steam. Recent polls have placed her ahead and have left many French   liberals worried.

Though France is significantly more liberal than the United States, alt-right politics are still a particular source of contention. If she wins, there’s the potential for France to leave the EU and push back against refugees, alongside other policies.

These policies seem controversial, and  living in a fairly liberal college town, it can seem as though she’ll just be pushing her party’s radical agenda if she wins. However, the fact is these “alt-right” movements are gaining steam.

It’s easy to look at Trump and see an unqualified businessman seeking the office simply for the office’s sake, but the fact is people voted for him because they’re frustrated with liberal policy. Though on campus it seems like progressive values are rosy and the ideal, in reality not everyone is happy.

This is what makes Le Pen so relevant. It’s not just Americans — across the world people are getting fed-up with  progressivism.

Voters aren’t satisfied with the left, they don’t trust the right, so they’re turning to alt-right candidates to represent them. It’s that simple.

This is bad, certainly, but the way to solve it isn’t to decry those people who support Trump or Le Pen. The way to solve this is by compromising and working with the other side. While I don’t agree with conservatives, I understand that if you keep ramming liberal legislation down their throats, inevitably they’ll end up fighting back.

That’s what’s happened on the global stage. Liberals make progress and push back their opposition. This results in frustrated conservatives backing candidates like Trump or Le Pen, so don’t be deluded. The nationalistic “alt-right” isn’t the result of Trump’s erudite speaking.

This is a movement of people who’ve felt legitimately unheard politically and are latching onto whoever they can to get their voice through to the establishment.

We have to remember that as important as progress is, for every push we make to the left, we might make one step toward the “alt-right.”

LETTER: The Dean of the College of Arts and Sciences addresses the budget for AAADS

The budget is currently at one and a half million dollars. 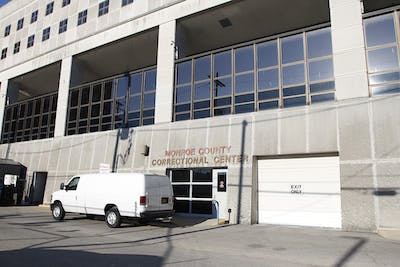