In the past, IU has used a coal plant to provide heat for buildings and facilities.

Carbon dioxide is considered a greenhouse gas and is produced by combustion of fossil fuels.

“The tracking of combustion is what they were looking at as the greenhouse gas emissions inventory,” said Bill Brown, director of the Office of Sustainability. “The biggest place that we burn and combust things on campus is at the Central Heating Plant, which heats steam, which then heats the buildings on campus. That plant for the most part is run on natural gas instead of coal, lately.”

“That’s why there’s such a decrease in emissions,” Brown said. “We do very little coal anymore.”

Brown said the Central Heating Plant now burns coal just as a back-up supply in case the cost of natural gas increases or if there is a supply disruption of natural gas.

“They would like to have as much natural gas as possible while also retaining that ability to switch to coal if they have to,” Brown said. “Right now, coal is more expensive than natural gas, so there’s no reason to switch.”

Four years ago, Coal Free IU was created to voice student concerns about a coal plant on campus.

In April 2012, Coal Free IU presented the administration with a report on the costly affects that the campus power plant had on the environment.

Along with the Central Heating Plan, Coal Free IU helped push a plan — the Integrated Campus Plan — into action.

The Integrated Energy Master Plan was approved by the Board of Trustees in 2010 to reduce energy use around campus and cut carbon dioxide emissions.

According to a press release, this year’s reduction surpassed the goal in the Integrated Campus Plan, which aimed for a 30 percent reduction in greenhouse gas emissions by 2020.

Senior and Coal Free IU Vice President Lauren Kastner said she feels the reduction of these emissions is incredibly important and what they’ve been fighting for the past four years.

“We are pleased to see that the University is making progress with this,” Kastner said. “However, while we are happy that coal is no longer a primary fuel source in the Central Heating Plant, we don’t

see the natural gas as a longtime viable gas for the University, since it’s also a fossil fuel.”

Kastner said she feels that during its hydraulic fracturing process, natural gas can be incredibly harmful to the environment and public health.

She said this could have a drastic negative impact on campus in the long term.

“For the long term, the University needs to do more research and invest in further into truer, renewable energy,” Kastner said. 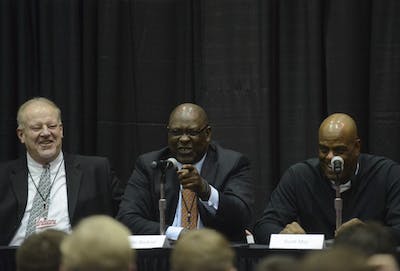 IU upsets No. 18 Michigan State to stay perfect at home

The Hoosiers are now 7-0 at home this season.