Hungry for college sports, students turn on the television and set the dial to ESPN. What comes on? Dick Vitale is screaming about college basketball and former IU football coach Lee Corso dons his winning college football pick’s helmet. With so much focus on basketball and football, many other sports are pushed back in line.

Due to lack of national coverage of many “smaller” sports, fans don’t get a feel for what college athletics is really about.

IU has a wide array of lesser-known sports in which student athletes excel. One of the perks is that most regular-season games are free of charge for students who show their student ID at the door.

This past year, IU athletics continued to show why it is considered one of the best in the Big Ten Conference. Wrestler Angel Escobedo, a junior, obliterated the competition in the 125-pound weight class. Escobedo finished the season with a 34-1 record with eight wins by pins and eight by major decisions. The Griffith, Ind., native won the Midlands Invitational and the Big Ten Championship before heading to St. Louis, Mo., to compete in the NCAA Championships.

There, Escobedo heroically overcame a severe shoulder injury in the quarterfinals in advancing to the finals on March 22. In a national televised match, Escobedo took a 2-0 lead in the first period and went on to defeat Minnesota’s Jayson Ness 10-3 with a barrage of points in the third period. The elated Hoosier champion worked hard for his title and was proud of his accomplishments.

“It was one of my lifelong goals,” Escobedo said. “I finally did it and it was one of the greatest feelings I’ve had.”

Escobedo also preached the importance of witnessing the team in person.

“People haven’t seen us because we haven’t been exposed to the media enough,” Escobedo said. “We’ve done really well the past five or six years and we have the blood and sweat to prove our hard work.”

The wrestler was not IU’s only national champion last season. IU alumnus Ben Hesen took home the crown in the 100-yard backstroke in a 44.72-second performance, shedding a second off his school-record time. In doing so, Hesen channeled former IU great and nine-time Olympic Gold Medalist Mark Spitz by leaving his name in the record books with the second-fastest time in NCAA history for the event.

“I was planning on (winning),” Hesen said. “I figured if I lost, I’d deal with it later. You’ve got to go in planning to win.”

With momentum building for next season, IU returns a number of young athletes.

The baseball team has a full-throttle offense that ranked second in the Big Ten as of May 9 with a .329 batting average. The team also ranked third in the conference with 317 runs scored and 30 home runs. The young squad only loses four seniors next season.

Another team looking to improve on a great 2007 season is the women’s soccer team. Last year, the Hoosiers made history by reaching their first Sweet Sixteen ever, and IU coach Mick Lyon needs the fans to give the team an edge.

“I think every student athlete wants the roar of the crowd and the enthusiasm of their peers,” Lyon said. “(Fans) are loud and noisy and it creates a very great atmosphere. We want people in the stands.”

Coach Lyon said women’s soccer is one of the most thrilling sports to witness.

“It’s an exciting game with 90 minutes of nonstop action,” Lyon said. “We have a talented group returning for next season as well as a good group of freshmen coming in. It’s going to be a great season for IU women’s soccer.”

Athletics are an important part of IU, and sometimes the diamond-in-the-rough sports are enjoyable to attend.

“I think that as part of the total college experience, athletic events are a great way to socialize and to meet new people,” Director of Media Relations J.D. Campbell said. “Indiana has so many great traditions, and the venues in which the Hoosiers play in make the experience more enjoyable.” 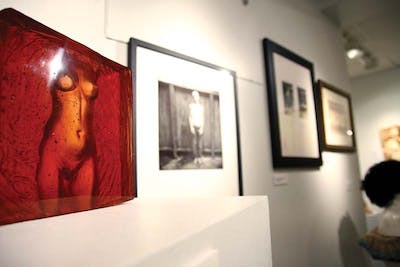 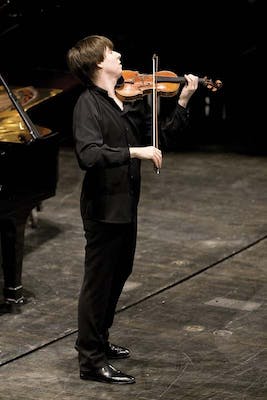 Here are some of Indiana University's famous alumni.