In 1999 Tenacious D had a half-hour show that lasted six episodes on HBO chronicling the fake band's inspirations for songs for open-mic night. The songs were hilarious, it was outlandish and perfectly put together on the must-have DVD, "Tenacious D: The Complete Masterworks," which had the whole series in addition to a concert, short films and TV appearances. The sad thing is that Tenacious D have been living off their funny skits and subsequent album for a decade and this new film adds little new comedy to the once much funnier duo.

The film is a fictionalized history of Tenacious D, an actual band formed by Kyle Gass (KG) and Jack Black (JB). We start with a promising musical intro where JB's dad, Meatloaf, tries to shut down his rock dreams so JB leaves to rock. It starts well but gets dull as we follow the D's journey from KG accepting JB as his partner to their rising fame and attempt to get the magic pick and beat the devil in a rock-off.

A few parts really work, like KG with a wig pretending to be an already successful rock star to woo JB into being his rock trainee. But for the most part the concepts of many of the scenes in the movie are much funnier in theory than they actually play out. For example, the film plays homage to "A Clockwork Orange" as a gang, wearing animal face masks with white body-length suits equipped with cod pieces to terrorize JB at a bus stop. It has potential to be funny, but there is no punch line and it's just an empty, shallow reference.

For a band that totes itself as the greatest band of all time, it would be nice if they could write a decent song this side of millennium. I have found myself humming "Dude, I Totally Miss You," from the soundtrack but longing for classics like "Dio" and "Wonderboy." Sure, the D still has inventive rhymes like the rare triple rhyme "rock" with "sock" and "cock," but for some reason the genius of that delightful rhyme has grown tired.

Solid guest spots from Tim Robbins, Amy Poehler, Paul F. Tompkins and Dave Grohl made the movie respectable and Ben Stiller is spot-on in his cameo. He is perfect as the mutton chop-covered, long frizzy-haired old roadie doing his "how can I walk with these massive balls between my legs" walk and his guitar store guy is the most fleshed-out character in the whole movie. That's

embarrassing for Black and Gass, who are playing inflated versions of themselves in fantasy scenarios like hanging out with Sasquatch in a strawberry river.

The features are deep and solid, but telling. Twenty-three minutes into entertaining band commentary, Black says, "If you play Dark Side of the Moon right now (dramatic pause) … it's shitty." KG responds, "If you play Wizard of Oz' side-by-side … you'll probably watch 'The Wizard of Oz' more." They also mention that most people will just listen to the band's commentary and ignore director Liam Lynch's, which is probably true. We also get a decent music video, a number of deleted scenes that are worth watching for the reunited trio of Gass, Jason Segel and David Krumholtz from the short-lived but great show, "Undeclared."

All in all, it's entertaining worth a rent and the special features are worth exploring, but I'm not going to pay to put "The Pick of Destiny" on my shelf next to "Tenacious D: Complete Masterworks" 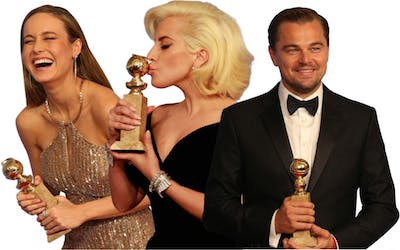 What happened at the Golden Globes (and what does it mean for the Oscars?)

It was clear the HFPA had no intention of playing it safe — or smart.

Look back with us at the pop culture highlights of the last 16 years. 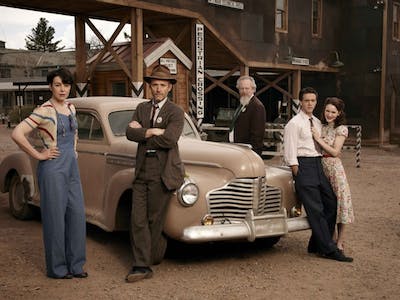