Modern take on play doesn't live up to script

"It's fun seeing young people doing a classic show," audience member David Goodrum said. "It would be interesting to know why they chose this play for their production."

Junior Josée Poza went to "La Celestina" and said he enjoyed the production, which he described as a typical high school show.

"Although they still have a long way to go, being a young cast, it was a good production," he said. "I liked the director's idea of modernizing the play. I also really enjoyed the actor who played Celestina (Steve Heise)."

The set was simple, keeping the audience's attention centered primarily on the costumes and the action. Beyond the simplicity of the costumes, the music of was impressive, enhancing the modernist theme of the play.

Although the cast performed well together, Heise, stood out and gave an exceptional performance. He was one of the few good reasons to see this show. His Old English accent and sophomore Kristin Demming's (Melibea) were the only ones that did not resemble typical American amateur Shakespeare speech patterns.

Demming was convincing in her objectives and actions. She gave an authentic performance as a young teenager confused about sex and the strenuous process of puberty.

Some of the ideas director Katelin Vesely adapted to the original script made little sense. For example, taking an old piece of fine literature and modifying it by making some of the characters homosexual is wrong.

The shift toward a modern version does not show respect for the playwright's original intentions. The Old English accent did not complement the modern plot twists. A more present tone of voice would have helped the audience understand each line and helped the characters give more believable performances.

The show wasn't quite professional, as a few cast members forgot their lines and part of the set fell. But Heise made a funny expression to conceal the incident, his amazing stage presence masking the obvious mistake. 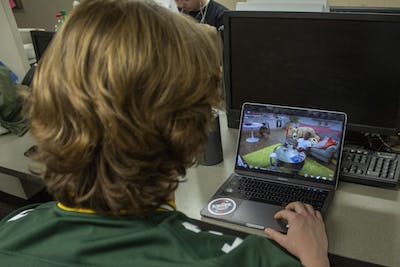 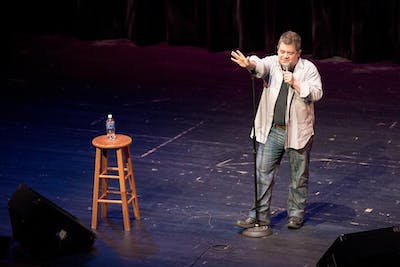