IDS reporter Emily Miles passed around a notebook at the Feb. 23 Drag Queen Story Hour in Evansville, Indiana, for attendees to write what they saw, thought and felt. This is a selection of the responses.

Tara Ganguly, the 2017 IU Bee runner up, spells an early-round word on her hand. The Scripps National Spelling Bee was started in 1925 by the Courier-Journal in Louisville, Kentucky.

Sara Sofia Carmona applies makeup in the corner of her room. While Sara Sofia enjoys artistic pursuits like makeup, calligraphy and singing, she also excels in math at school.

Emi, the youngest of the Carmona family, tends to the hair of one of her toys. She had to leave her old toys behind in San Cristobal, Venezuela, one part of the "hard stuff" she says each family member had to face.

Gustavo Carmona washes his hands after grating a bowl of yuca, which he and his wife Paola mix with cheese and Maizena, corn starch. In Venezuela, Gustavo worked as an industrial engineer, and Paola as a labor rights attorney.

Paola Carmona washes a pot used earlier in the evening. She said her husband Gustavo is the real cook of the family, so she tends to stick to dishes.

The Carmona family tries to settle on a television show in their living room in Bloomington. More than two years after fleeing violence in Venezuela, they await a decision over whether they will be granted asylum in the United States.

How Bubble Tea Is Made 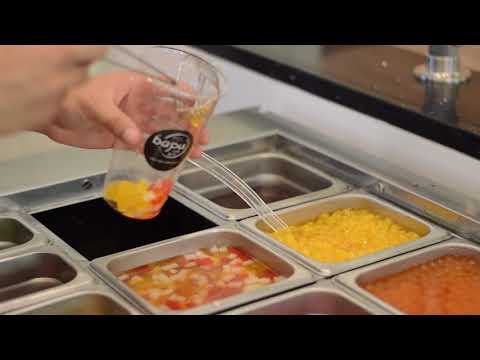 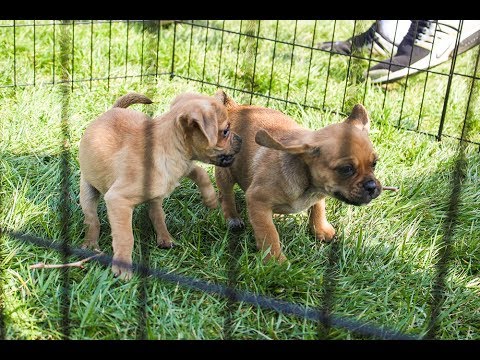 Indiana Canine Alliance Network now has a group at IU. Students are helping train service dogs to go to individuals and institutions in need of service animals.

After a long day of Puppy Love Valentines, Indiana Canine Assistant Network at IU pups-in-training Bend and Rainier fall asleep next to ICAN at IU co-founder Ashton Asbury and the group's faculty adviser, Adam Smith. If they complete their training, Bend and Rainier will remain in ICAN until they are about two-years-old.

Daniel Larsen, 13, adjusts his glasses after spelling the word "carious" and winning the IU Bee in 2017. This year, the Scripps Regional Spelling Bee, co-sponsored by Indiana University's Media School and School of Education, will be at 11 a.m. Feb. 10 in the Monroe County Public Library.

Blackford High School basketball has not been like this in decades.

Sisters Irene Hoff and Alacoque Burger catch one another up on the day's happenings in Irene's room. Irene will celebrate her 70th Jubilee this April, which means she has been a sister of St. Francis for 70 years.

Sisters Alacoque Burger and Evelyn Forthofer flip through a set of boards commemorating sisters of St. Francis who have died. Alacoque and Evelyn directed pastoral care for each of the women.

Sisters Alacoque Burger and Evelyn Forthofer descend the stairs of the Oldenburg Franciscan Center. A half century ago, they walked through the same building after entering the sisterhood.

Protesters stand at the edge of a barricade blocking them from entering Franklin Hall while social scientist Charles Murray spoke inside. Many of the signs expressed themes of intolerance of white supremacy, betrayal and injustice.

A group of protesters links arms and chants on the west side of Franklin Hall. They blocked this exit while fellow groups waited at the other doors for social scientist Charles Murray to leave.