OPINION: IU still has room to grow on offense despite stellar defensive effort against Samford

Following a season opener in which the team set numerous records, IU was “average at best” on offense in their second game, according to head coach Teri Moren.

After scoring 100 points last Wednesday, IU had a more difficult time putting up points in their 71-26 victory over Samford University on Thursday night.

Ball security was an issue for the Hoosiers both in transition and in the half-court offense. Throughout the night, passes were tipped and often stolen, a problem Moren said she was upset with.

“I am frustrated a little bit on the offensive end,” Moren said. “I thought 15 turnovers was too many tonight against that team.”

Fifteen turnovers almost doubles the eight IU had in its opener. Senior guard Ali Patberg committed four of those, but as she so often does, took ownership of her mistakes. 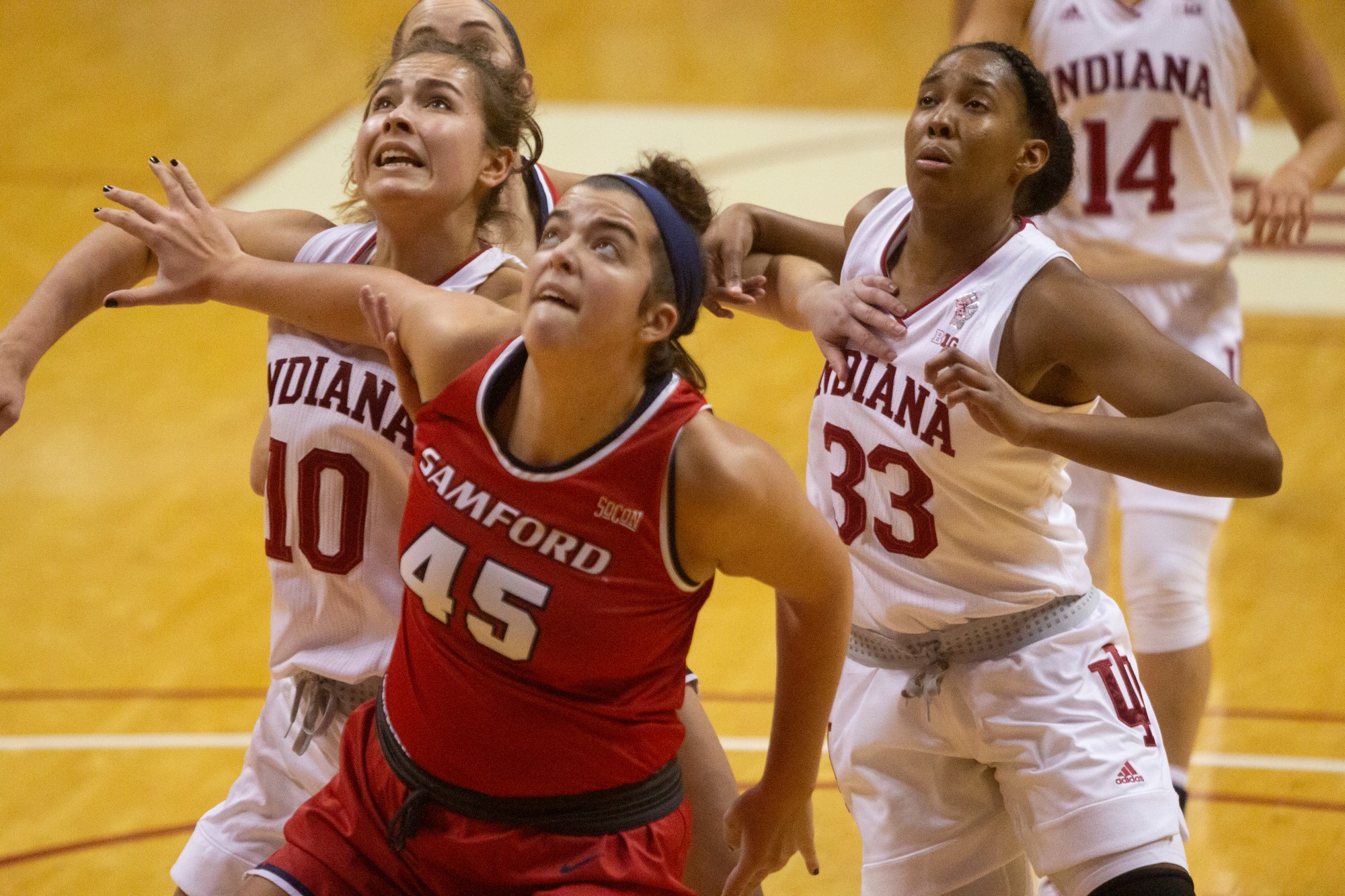 To the Hoosiers' credit, they hustled back on defense after their live-ball turnovers. The Bulldogs only converted eight points off turnovers, compared to IU’s 26 transition points.

Another area for improvement is at the free-throw line. As a team, the Hoosiers shot 10-18 at the stripe for a lowly 56% after averaging 73% a season ago.

“We spend too much intentional time in practice on free throws, so another frustrating area for us,” Moren said.

Despite the offensive struggles, the defensive picked up the slack and then some.

The Bulldogs’ 26 points are the lowest total IU has allowed since the 1973-74 season. Moren realizes that intense effort on defense will keep them in games no matter what the offense produces.

“On a night that your shot’s not falling,” Moren said. “We go back to what has gotten us this far inside this program and that’s being sound defensively.”

The Hoosiers’ offense will be put to the test when they face the No. 11 Kentucky Wildcats on Sunday afternoon in Lexington, Kentucky.

COLUMN: The Colts should acquire Matthew Stafford to boost their bright future

COLUMN: The Colts should acquire Matthew Stafford to boost their bright future