LETTER: Why, due to its history of exclusion, students deserve guaranteed multicultural seats in IUSG

In the next two weeks, the IU Student Government Congress may bring to the floor two bills that will address multicultural representation. Constitutional Resolution No. 1 and Bylaws Amendment Bill No. 1007, co-authored by Rebekah Amaya, Brian Hancock and Lindsey Batteast, will allow for the entry of historically marginalized voices into IUSG’s Congress. The frameworks for these legislative proposals were constructed through insight gained in a monthslong process of collective meetings with concerned students from multicultural organizations such as Black Student Union, Latinos Unidos at IU, Asian American Association at IU, Muslim Student Association, Women of Color Leadership Institute and more.

This is not the first time IUSG’s Congress has considered similar bills guaranteeing seats for underrepresented students. Members of Congress in both 2009 and this past summer session introduced legislation that would have put IUSG in compliance with the Voting Rights Act of 1965 — Title 52 U.S.C. Section 10304(b). However, the 2009 bill failed, and this past summer’s amendment never made it out of committee for a vote.

The current academic and residential voting blocs in IUSG have minimized the voices of students from underrepresented backgrounds through the minority voter dilution techniques of cracking and stacking. The former being a division of minority voices among different constituencies, and the latter a device to dilute a relatively large group of minority students within an even greater white student population center.

On top of that, only greek organizations belonging to the Interfraternity Council and the Panhellenic Association are given representation. The Multicultural Greek Council and the National Pan-Hellenic Council are not.

This — at its base — is discriminatory.

Growing support from members of IUSG’s new congressional coalition ReImagineIU and the Rainbow Coalition at IU have resurrected this effort. The bills are now in a joint committee between the Diversity, Equity and Inclusion and Oversight committees for review.

Despite these two amendments being widely celebrated by diverse campus communities as a tangible diversity, equity and inclusion effort to constructively transform the student government, IUSG has been slow to get on board.

Everyone should be concerned about the current apportionment of seats minimizing the importance of marginalized students' voices. The standing policies directly go against the IU community’s principles and values of diversity, equity and inclusion.

A letter of endorsement supporting the unanimous passage of the two bills encourages the general public, alumni, faculty, staff and students to sign on in favor of adding 31 voting congressional seats apportioned specifically to represent 11 different multicultural and underrepresented constituencies.

These additional seats will not tokenize underrepresented students. These prospective congressional seats will create space for standing collective bodies such as the Black Student Union, Latinos Unidos at IU, Crossroads at IU or Filipino Student Association to send representatives to Congress. They will voice the concerns of organizations and students already integral to the elevation of marginalized students' perspectives and experiences on campus.

It is time for IUSG to move past its historical precedent of exclusion and inequity by guaranteeing adequate representation for students from a diverse body of underrepresented backgrounds in its legislative processes. Please consider signing this letter of endorsement and attending IUSG Congress meetings at 7:30 p.m. on Monday to voice support.

The Rainbow Coalition at IU

The Rainbow Coalition at IU is a collective body of diverse student leaders whose mission is to mobilize all students by empowering them to advocate for change through noble leadership. 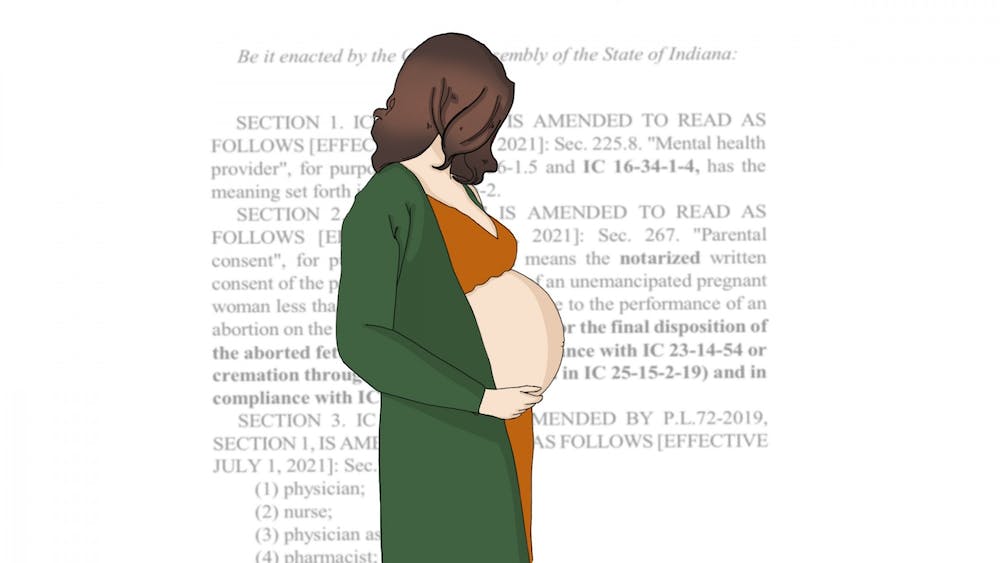 OPINION: If you’re reading this, you should be fed up with transphobia

OPINION: If you’re reading this, you should be fed up with transphobia

IU chapter of Acacia Fraternity placed on cease and desist